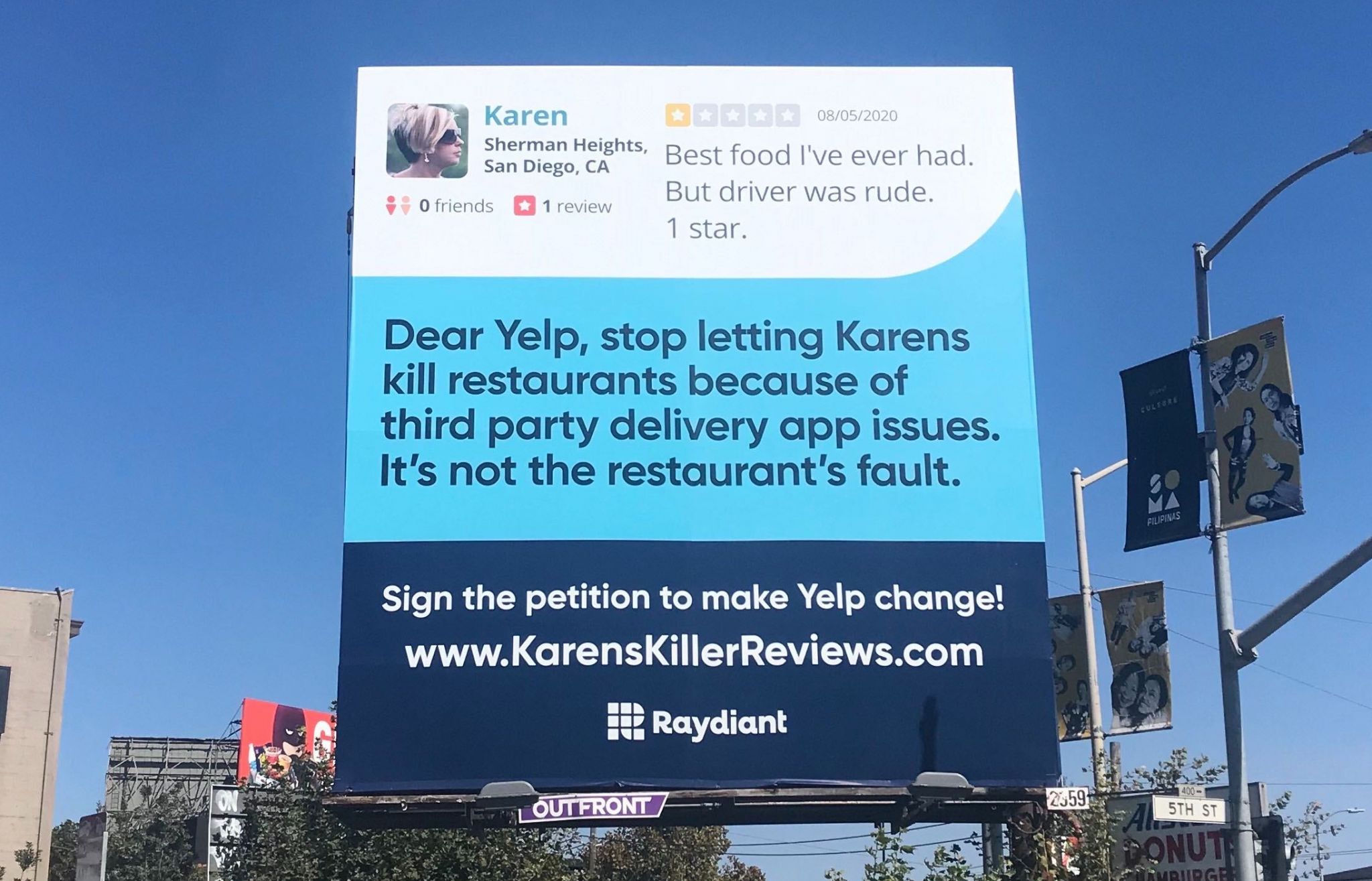 The derogatory term that’s become common slang for someone complaining about first world problems or unfairly targeting minorities seems to be everywhere, and now it’s popped up on a billboard in SOMA just three blocks from Yelp’s San Francisco office, with a photo posted on Reddit by user ReadyFireAim1.

Karen Complaining in Soma from r/sanfrancisco

The ad was created by experiential marketing company Raydiant, which has launched a website for the project it’s calling “Karens Killer Reviews.” The mission stems from the effect that unfair reviews can have on a small business, specifically restaurants. Especially during the pandemic, poor experiences with third party delivery services can tank a business’s rating, even though the poor service is no fault of their own.

The billboards are the first stage of a nation-wide campaign, which will also feature pedicab ads in San Diego and taxicab-topping ads in New York. They’ll also be buying $250 gift cards to 10 restaurants who share the worst reviews they’ve received that have to do with delivery issues. They’ve also launched a petition with hopes that Yelp will address this issue. And visitors to the site are invited to upload Yelp reviews that they feel fit the description.

Although Raydiant has confirmed that the review on the billboard isn’t a real one, the three star review on their landing page is genuine (they declined to reveal the name of the restaurant). When asked if they had spoken directly to Yelp yet, Raydiant CEO Bobby Marhamat offered this reply:

“We’ve contacted them but just like the restaurants who receive these types of absurd reviews, getting a reply back seems to be impossible.”