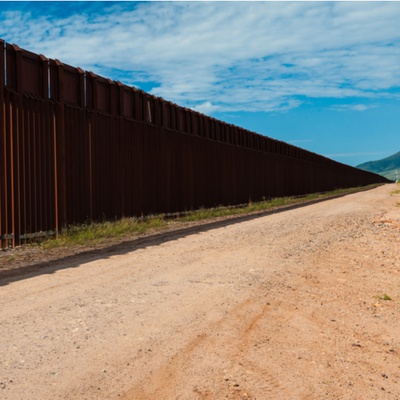 A bill introduced in the House of Representatives would require the Homeland Security Department to develop a plan for how to use emerging technologies to improve security at the Northern and Southern borders.

The Integrating New Technologies to Empower Law Enforcement, or INTEL, at Our Borders Act, sponsored by Rep. Elissa Slotkin, D-Mich., requires DHS to provide Congress with a plan to “identify, deploy and integrate emerging and advanced technologies” to improve situational awareness at the borders within 180 days of the bill’s enactment.

“Emerging technologies present an important opportunity to help secure our border smartly, effectively, and humanely, and we should use them to the fullest extent possible,” Slotkin said in a statement.

Other recent border technology bills have included provisions asking DHS to assess privacy implications and describe possible mitigation measures related to some emerging technologies, but INTEL at Our Borders Act does not. In an email to Nextgov, Slotkin’s communications director, Hannah Lindow, said privacy is an important concern with any new or emerging technology, and Slotkin takes these risks seriously.

“The Department of Homeland Security is already deploying emerging technologies in a piecemeal manner along the border,” Lindow said. “By requiring DHS to report to Congress with a strategic plan for how it envisions the large-scale integration and deployment of these technologies, this bill will improve Congress’s ability to provide necessary oversight and guidance over the use of these technologies, including their implications for privacy.”

Lindow added the report DHS would submit to Congress could help lawmakers determine if the privacy impact assessments the agency is required to conduct when it deploys new systems and technologies are adequate or if the process needs improvement.

Reps. Elise Stefanik, R-N.Y., Xochitl Torres Small, D-N.M., and Van Taylor, R-Texas, are original co-sponsors of the bill. Stefanik is the co-chair of the Northern Border Caucus, and Torres Small has sponsored multiple border bills in the 2019-2020 session. One of them, the Southwest Border Security Technology Improvement Act, calls for similar DHS assessment actions as this new bill.

Slotkin is a co-sponsor of the Southwest Border Security Technology Improvement Act, which would require a “mile-by-mile assessment” of technology needs at the southern border. The INTEL at Our Borders Act would apply to both the Northern and the Southern borders, though.

It is not yet clear whether the legislation has support in the Senate. Torres Small’s Southwest Border Security Technology Improvement Act does have a companion bill in the Senate, suggesting there may be a bicameral audience receptive to this new legislation. Sens. Kyrsten Sinema, D-Ariz., John Cornyn, R-Texas, and James Lankford, R-Okla., are sponsors of the Senate version of the Southwest Border Security Technology Improvement Act.

Another commonality between the two bills is both were endorsed by the National Border Patrol Council, which represents Border Patrol agents. The Bipartisan Policy Center also endorsed the INTEL at Our Borders Act.

“This bill is the first step to ensuring that the Border Patrol has the most comprehensive, up to date, and effective force multiplying technology programs on the Northern and Southern borders,” Garza wrote.

Theresa Brown, BPC’s director of immigration and cross-border policy, told Nextgov past efforts to implement cutting-edge technologies at the border, such as the Bush administration’s Secure Border Initiative Network in the mid-2000s, were “grand ideas” for which Customs and Border Protection and DHS weren’t yet ready. Now, the agencies have greater capacity and a better understanding of how to communicate their needs to potential technology vendors.

“We have a lot of cutting-edge, developing technologies,” Brown said. “Maybe they can be used, maybe they can’t, but we should be thinking ahead, and trying to lean forward into what’s possible.”