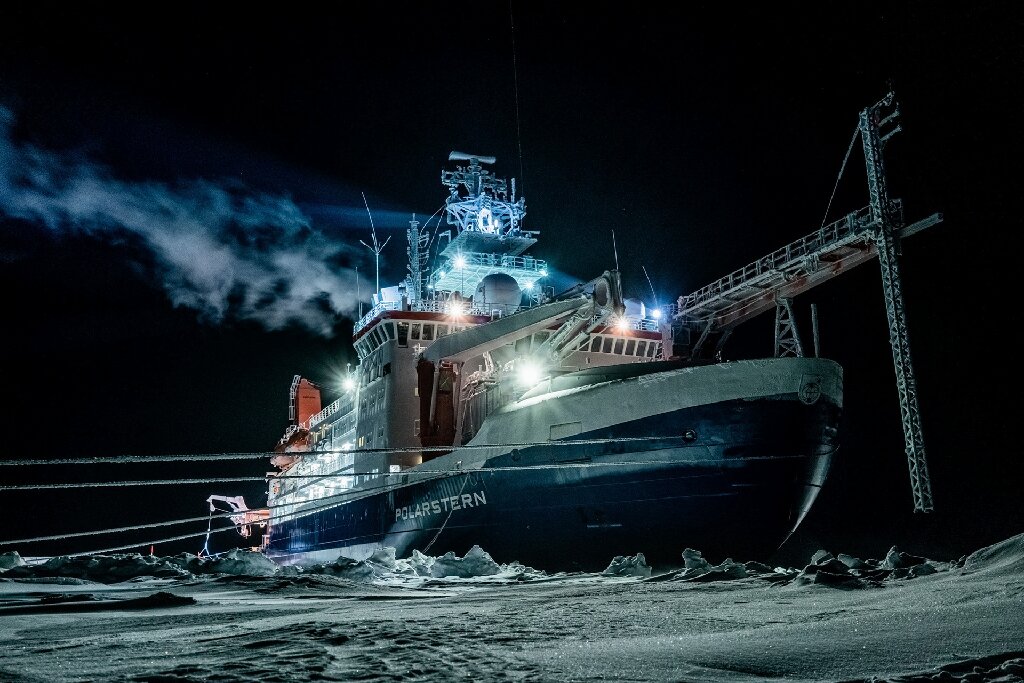 Researchers on the world’s biggest mission to the North Pole returned to Germany on Monday, bringing home devastating proof of a dying Arctic Ocean and warnings of ice-free summers in just decades.

The German Alfred Wegener Institute’s Polarstern ship returned to the port of Bremerhaven after 389 days spent drifting through the Arctic trapped in ice, allowing scientists to gather vital information on the effects of global warming in the region.

“I have waited for this moment for so long that my heart is palpitating. The ship is now back,” said institute director Antje Boetius from on board another ship accompanying the research vessel back to port.

Ahead of their return, mission leader Markus Rex told AFP that the team of several hundred scientists from 20 countries have seen for themselves the dramatic effects of global warming on ice in the region considered “the epicentre of climate change.

“We witnessed how the Arctic ocean is dying,” Rex said. “We saw this process right outside our windows, or when we walked on the brittle ice.”

Underlining how much of the sea ice has melted away, Rex said the mission was able to sail through large patches of open water, “sometimes stretching as far as the horizon”.

“At the North Pole itself, we found badly eroded, melted, thin and brittle ice.”

If the warming trend in the North Pole continues, then in a few decades we will have “an ice-free Arctic in the summer”, Rex said.

The Polarstern mission, dubbed MOSAIC, spent over a year collecting data on the atmosphere, ocean, sea ice and ecosystems to help assess the impact of climate change on the region and the world.

“The expedition will, of course, produce results on many different levels,” Rex said.

The team measured more than 100 parameters almost continuously throughout the year and are hoping the information will provide a “breakthrough in understanding the Arctic and climate system”, he said.

Thomas Krumpen, sea ice physicist said: “For us the second phase is starting—the analysis of data. A lot of data has returned with the ship and we will likely be busy with it over the next ten years.”

The aim is to develop models to help predict what heatwaves, heavy rains or storms could look like in 20, 50 or 100 years’ time.

Since the ship departed from Tromso, Norway, on September 20, 2019, the crew have seen long months of complete darkness, temperatures as low as -39.5 Celsius (-39.1 Fahrenheit)—and more than 60 polar bears.

A shot had to be fired to warn off a polar bear that came too close.

But the bigger threat was the coronavirus pandemic in the spring, which left the crew stranded at the North Pole for two months.

A multinational team of scientists was due to fly in as part of a scheduled relay to relieve those who had already spent several months on the ice, but the plan had to be redrawn when flights were cancelled across the world as governments scrambled to halt the spread of the coronavirus.

During the course of the expedition, a rotating crew of 300 researchers spent time on board the German ship as it travelled with the ice along a wind-driven route known as the transpolar drift.

Radiance Calmer, a researcher at the University of Colorado who was on board the Polarstern from June to September, told AFP that stepping out onto the ice was a “magical” moment.

The voyage was a huge logistical challenge, not least when it came to feeding the crew—during the first three months, the ship’s cargo included 14,000 eggs, 2,000 litres of milk and 200 kilogrammes of rutabaga, a root vegetable.