Biggest fish in the sea are girls 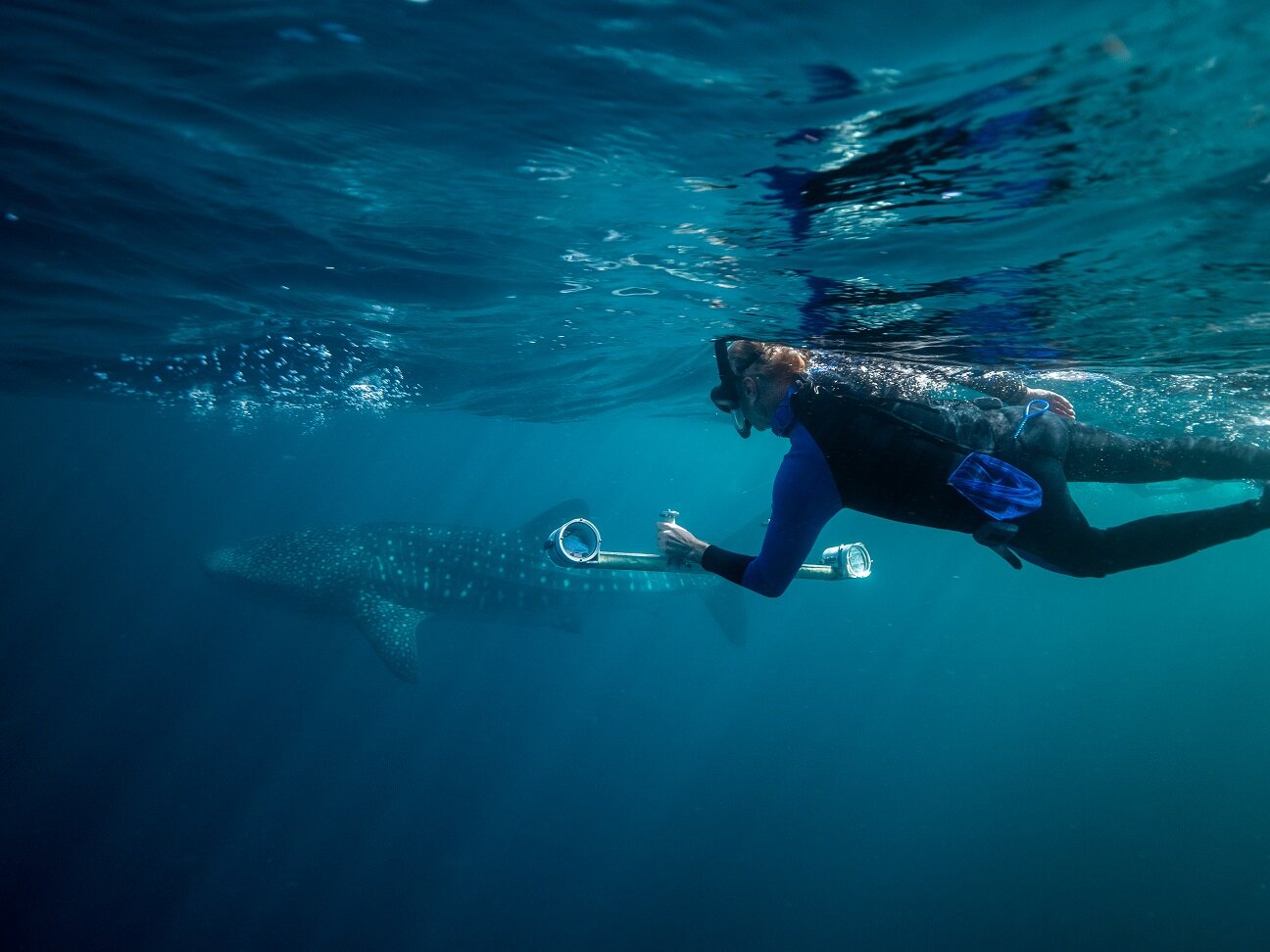 A decade-long study of the iconic fish has found male whale sharks grow quickly, before plateauing at an average adult length of about eight or nine meters.

“That’s absolutely huge—about the size of a bendy bus on a city street,” he said.

“But even though they’re big, they’re growing very, very slowly. It’s only about 20cm or 30cm a year.”

In conducting the research, scientists visited Western Australia’s Ningaloo Reef for 11 seasons between 2009 and 2019.

They tracked 54 whale sharks as they grew—a feat made possible by a unique ‘fingerprint’ of spots on each whale shark that can be used to identify individual fish.

“It’s basically two cameras set up on a frame that you push along when you’re underwater,” he said.

“It works the same way our eyes do—so you can calibrate the two video recordings and get a very accurate measurement of the shark.”

The study also included data from whale sharks in aquaria.

Dr. Meekan said it is the first evidence that males and female whale sharks grow differently.

For the females, there are huge advantages to being big, he said.

“Only one pregnant whale shark had ever been found, and she had 300 young inside her,” Dr. Meekan said.

“That’s a remarkable number, most sharks would only have somewhere between two and a dozen.

“So these giant females are probably getting big because of the need to carry a whole lot of pups.”

Whale sharks are Western Australia’s marine emblem, and swimming with the iconic fish at Ningaloo Reef boosts the local economy to the tune of $24 million a year.

But they were listed as endangered in 2016.

Dr. Meekan said the discovery has huge implications for conservation, with whale sharks threatened by targeted fishing and ships strikes.

“If you’re a very slow-growing animal and it takes you 30 years or more to get to maturity, the chances of disaster striking before you get a chance to breed is probably quite high,” he said.

“And that’s a real worry for whale sharks.”

Dr. Meekan said the finding also explains why gatherings of whale sharks in tropical regions are made up almost entirely of young males.

“They gather to exploit an abundance of food so they can maintain their fast growth rates,” he said.

“This paper has really re-written what we know about whale shark growth,” he said.

The size of a bus, rare and endangered whale shark spotted off Florida coast