Big Tech owes its existence to Simulmatics, a tiny company in the 60s 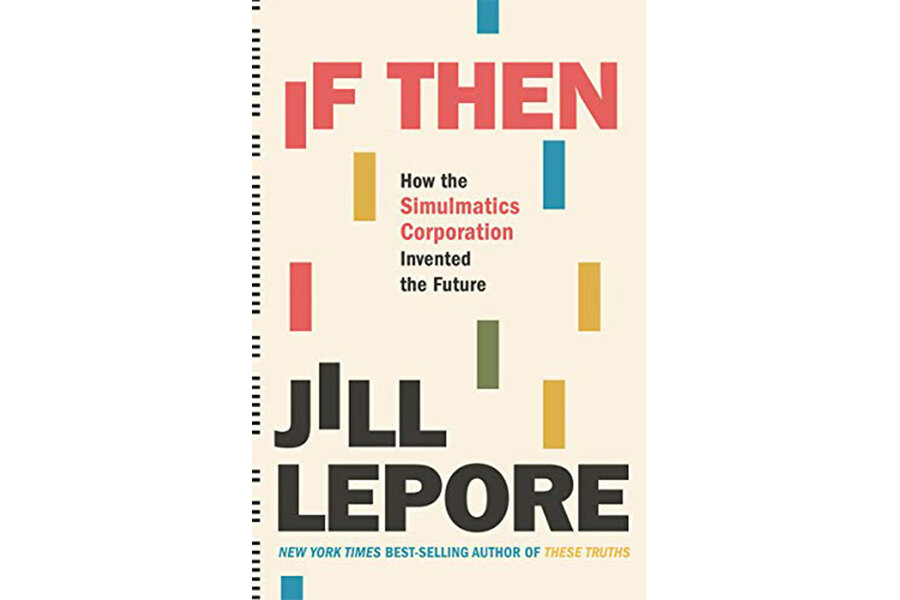 Simulmatics – a portmanteau of “simulation” and “automatic” – used bulky IBM computers to vacuum up punch cards full of data on slivers of the electorate and then spit out predictions about what voters might do. The Kennedy campaign followed Simulmatics’s recommendation to address anti-Catholic prejudice head-on, something the candidate might have done anyway.

The publicity-savvy company used the buzz generated about its Kennedy campaign to get hired by Madison Avenue advertising firms. Then, as the 1960s took a darker turn, Simulmatics tried to guide counter-insurgency programs abroad and predict race riots at home.

To historian Jill Lepore, Simulmatics’s creators are “the long-dead, white-whiskered grandfathers” of contemporary tech titans like Facebook’s Mark Zuckerberg and Google’s Sergey Brin, and the origin of the data analytics and algorithms that dominate our lives. At least, that’s what Lepore argues in her latest book, “If Then: How the Simulmatics Corporation Invented the Future.”

Lepore, a Harvard professor and prolific New Yorker staff writer and book author, stumbled upon this “missing link in the history of technology” while researching a 2015 article on the use of data science in elections.

The challenge in writing this book is that, as Lepore admits, Simulmatics wasn’t terribly effective during its decade or so in existence. “The real Simulmatics Corporation was a tiny, struggling company, its technicians bumbling, its accounts disastrous. It soared and then it sank, like a helium balloon,” Lepore writes.

Ad agencies quickly developed their own simulations to rival Simulmatics. The company’s efforts to help The New York Times instantly analyze election results in 1962 proved disastrous. Simulmatics’s contracts with the U.S. government in Vietnam ended with accusations of mismanagement and fraud.

Nevertheless, Lepore argues that Simulmatics’s long-term influence extended well beyond its modest impact at the time, helping “invent the data-mad and near-totalitarian twenty-first century, in which the only knowledge that counts is prediction.”

Simulmatics certainly generated plenty of press thanks to its founder Ed Greenfield, a Madison Avenue ad man Lepore describes as a “flimflam man” and huckster who “sold nothing so well as himself.”

The idea that political campaigns could use technology to manipulate voters tapped into public anxiety about how new-fangled computers might take over the world. Eugene Burdick, for example, wrote a 1964 political thriller that used Simulmatics as the model for a sinister company that meddled with the presidential election using IBM computers.

Lepore devotes the first third of her book to introducing a cast of fascinating characters central to the Simulmatics. Burdick is one; he was a dashing Stanford political science professor and a prolific author who was once featured in Ballantine Ale ads wearing a scuba suit.

Burdick also did some work for Greenfield before becoming a fierce critic of his efforts to predict – and manipulate – voter behavior. His better-known dystopian novels, “The Ugly American” and “Fail-Safe,” both got turned into movies, and he would probably merit his own biography.

Another main character is Ithiel de Sola Pool, who before joining the company, developed the theory of social networks that came to “undergird all social media companies.” Pool’s work for Simulmatics made him a magnet for anti-war protestors before he emerged as a prophet to technological utopians. Lepore credits Pool with writing the founding political theory of the Internet.

Unfortunately, too much of the book is focused on introducing the cast, like a heist movie where the portion of the film devoted to assembling the team to pull off the job gets more screen time than the crime itself.

The book is also weighed down by Lepore’s efforts to use Simulmatics to tell the entire history of the 1960s – from Kennedy’s Camelot era through the anti-war movement. Simulmatics was largely a bit player in most of these events, and the general history often reads like filler.

Get the Monitor Stories you care about delivered to your inbox.

Lepore, to put it mildly, doesn’t buy into data analytics’ hype. As a historian, she is understandably dismissive of Big Tech’s obsession with predicting the future at the expense of the past. “[T]omorrow is not all that matters,” Lepore writes. “Nor is technology, or the next president, or the best dog food. What matters is what remains, endures, and cures.”

Seth Stern is an editor at Bloomberg Law.