Big Comeback For Apple, Netflix, And Other Big Tech Names Softens Some Of The Pain 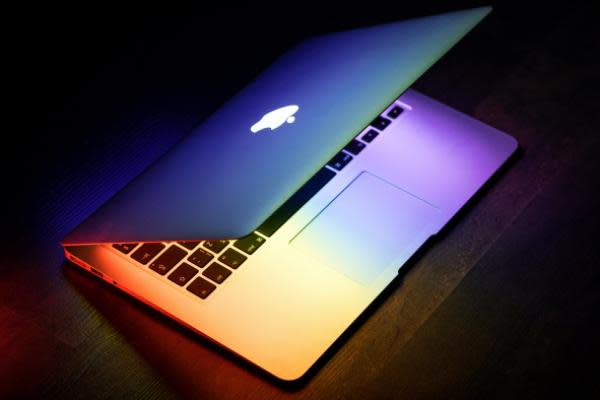 A rally in the wilting Tech sector prevented a complete Monday washout. Still, at the end of the day, the week is off to a rough start as concerns about the virus, politics, and banks ganged up on most of Wall Street.

That turnaround in Tech does raise some hopes going into Tuesday. Consider keeping an eye on futures trading overnight to get a sense of whether any of that strength can flow into tomorrow’s open.

Having the Nasdaq (COMP) go positive at one point in the last few minutes was quite a statement, even if COMP couldn’t hold those gains at the close. The area the market depended on so much during the long rally (Tech) came back, with stocks like Apple Inc. (NASDAQ: AAPL), Netflix Inc (NASDAQ: NFLX), QUALCOMM, Inc. (NASDAQ: QCOM), and Microsoft Corporation (NASDAQ: MSFT) all having nice days.

On the other end, Financials continue to get beat up. They’re deep in the red, and Industrials got hammered too. Most of the big banks fell 3%, and industrials like Honeywell International Inc (NYSE: HON), Lockheed Martin Corporation (NYSE: LMT), and Caterpillar Inc. (NYSE: CAT) all finished sharply lower amid fears of the virus spreading in Europe. Leading the indices lower was the small-cap Russell 2000 (RUT), which finished the day down 3.35%—not too far off the lows, relative to the other indices (see chart below).

That said, there are still plenty of positives out there and not necessarily any reason for investors to panic. Consider these positive signs from Monday’s session:

Ironically, resurgence of the virus in Europe and parts of the U.S. could be a positive force for stocks if it brings buying interest back into the “stay at home” stocks in Tech that helped lead momentum in July and August. Some of the “quarantine” names like Peloton Interactive Inc (NASDAQ: PTON) and Zoom Video Communications Inc (NASDAQ: ZM) are up pretty sharply over the last week. Whether the FAANGs and semiconductors can regather their former glory remains a question.

Some analysts, however, don’t think that’s necessarily bound to happen. They see the current turbulence as a sign of the market trying to find leadership outside the Tech sector. Today was a bad day for that argument because Financials, Materials, and Industrials—all sectors you’d expect to be doing better if there’s a shift back toward “cyclical” sectors going on—got crushed. The selling in Financials might have reflected concerns over reports in the media about possible money laundering in parts of the industry, however.

Another industry taking it on the chin was travel, where investors seemed spooked about talk of a new virus-related lockdown in the U.K. after 4,000 new cases were reported Sunday. Airlines—including Delta Air Lines, Inc. (NYSE: DAL) and United Airlines Holdings Inc (NASDAQ: UAL)—were among the hardest hit, but cruise lines and hotels suffered too.

Selling at the height of Monday’s weakness was pretty dramatic. At one point, there was more than 91% down-volume on the New York Stock Exchange (NYSE), the strongest selling pressure since June 26 on a volume basis and since June 11 on a breadth basis.

Any time the “down” volume exceeds 90%, it’s considered a Major Distribution Day (MDD). Typically, these are considered contrarian events, but context is key for the indicator, according to my fellow TD Ameritrade Network* contributor Michael McKerr, Sr Strategist, Institutional Trading Education.

Typically, he writes, when a MDD occurs near a recent high, they often come in clusters as additional length and momentum need to be worked off, typically with a lower low. But when they occur after a prolonged period of selling, they often can be “one and done.” How will this time play out?

Though things did bounce back a bit in the late going, most of the session was characterized by “risk-off” trading. That was evident in the dollar index, which slugged its way to a one-month high above 93.50. This could be a sign of investors flocking to perceived safety, as seen back when the pandemic first slammed markets. Keep an eye on the dollar over the next few days to see if it keeps attracting new interest, as that could be a sign of more “risk-off” action to come.

Still, bonds didn’t do much to write home about Monday, with the 10-year yield falling only a couple basis points to 0.67%. That’s historically low, but yields have generally been holding in there. The “yield curve” isn’t really showing much change over the last few months, though 30-year yield is down slightly from recent highs.

Support Under The Market? Quite Possibly

Technically, we talk a lot about moving averages being potential support for the major indices. Admittedly, they didn’t do much to help when the market cratered back in March. What happened then was just way too few people interested in buying when stocks fell, meaning they had to fall lower, despite whatever moving average had just been pierced. Ultimately, it took a drop back toward the late-2018 lows before things found a stopping point.

You never can tell, as the old song goes, but it’s a little harder to see that happening this time. First of all, there’s just too much Fed support in place. Second, people remember how fast the market popped back off the floor after the March knock-out punch, and might not want to be sitting on the sidelines if there’s a repeat.

If the 200-day moving average of 3,100 for the SPX can’t hold, look for potential further support at the psychological level of 3,000. That’s where there’s a “double-bottom” on the charts from back in June. The level held very nicely then, though that’s no guarantee it happens again.

Another level to remember is 3226, which would represent a 10% pullback from the all-time highs hit in August. Any 10% drop represents an official “correction” for the SPX, something the COMP is already in.

There’s nothing particularly rare about a market correction. They typically happen once or twice a year, at least. If this latest move down from the August peak has you worried, remember not to make decisions based on fear. Instead, consider carefully thinking through whether anything really material happened in the last month that’s changed how you want to be positioned for the long term. Stocks don’t always go up in a straight line.

CHART OF THE DAY:  A SMALL CAP CONFLUENCE. The Russell 2000 Index (RUT—candlestick), like the rest of the market, saw a massive selloff as its low got very close to its 100 day simple moving average of 1461 (blue line). What’s interesting here is that the 200-day moving average (purple line) is just a few ticks lower at 1455. Data Source: FTSE Russell Indexes. Chart source: The thinkorswim® platform from TD Ameritrade. For illustrative purposes only. Past performance does not guarantee future results.

Photo by Michail Sapiton on Unsplash

© 2020 Benzinga.com. Benzinga does not provide investment advice. All rights reserved.