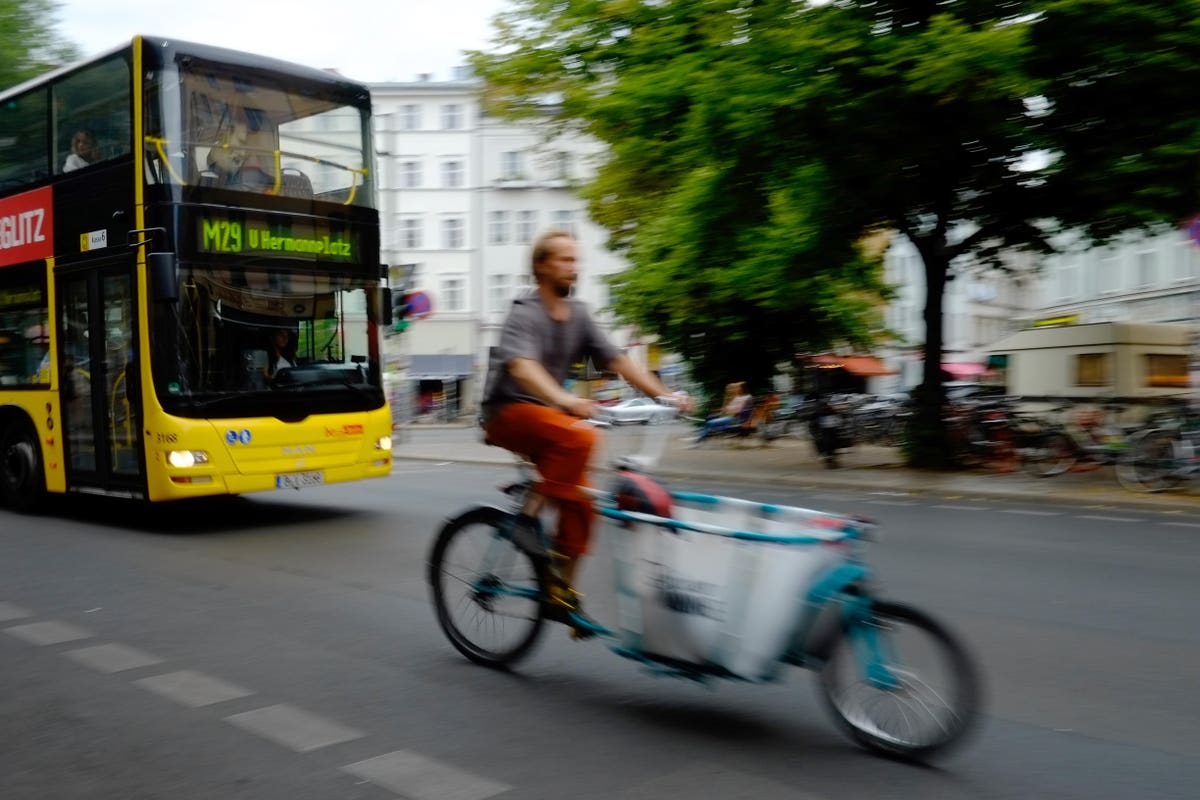 A significant new report supported by the World Economic Forum argues there must be a “transport transformation” if the planet is to benefit from the Paris Agreement’s decarbonization commitments.

The Transport for Under Two Degrees project published its Way Forward report on October 8 arguing that governments around the world should stop subsidizing motoring and must, instead, build cycleways and wider sidewalks to anticipate the likely future of “active transport” in cities.

Public transit use must also be boosted, urges the T4<2° project, which was commissioned by Germany’s Federal Foreign Office, or Auswärtiges Amt, and produced by the Berlin-based think-tank Agora Verkehrswende and Deutsche Gesellschaft für Internationale Zusammenarbeit, or GIZ, a federal consultancy service.

Way Forward—two years in the making—is based on existing studies and new qualitative interviews with international experts from the transport and energy sectors, including from companies, NGOs and national and local governments. A further 346 senior experts, from 56 countries, were quizzed with follow-up surveys.

“As the study underlines, decarbonization of the transport sector is crucial and, at the same time, possible, given our technical advances and the international governance structure,” stressed the report’s foreword, written by Hinrich Thölken, Director for Energy and Climate Policy at Auswärtiges Amt.

The report—Transport for Under Two Degrees: the way forward—acknowledges that the massive drop in motoring during national lockdowns showed that change is possible: “Responses to COVID-19 have shown potential for systemic changes to the mobility sector.”

There is now an “opportunity to align governance structures in the mobility sector towards a more sustainable, resilient, efficient and inclusive system,” adds the report which highlights ten “key insights” that policymakers worldwide should consider to decarbonize their transport systems.

The insights are hardly novel—transport can only be decarbonized if married to a massive expansion of wind and solar power, for instance—but the predictions of how we will travel in cities and rural areas within 30 years will come as a shock to those who remain wedded to their cars.

The experts say that personal car use in the cities of the future won’t be sustainable, and policymakers will have to legislate to remove cars from the urban environment. If this occurs, the majority of the experts believe the full decarbonization of the transport sector is possible by mid-century.

However, forget clever fixes: the experts overwhelmingly agree that instead of tech solutions people must be forced to switch away from planet-damaging transport modes.

“There is no technological solution to a societal problem,” said Agora Verkehrswende director Christian Hochfeld at the launch of the study, which was staged digitally.

In a statement, Hochfeld added: “Only business models that comply with the Paris goals are future-proof.”

Most of the experts believe taxes must be raised on fuel to disincentive its use. The phase-out of combustion engines must also be accelerated, say the experts, but don’t think that electric cars or drones will solve congestion or other urban problems.

“Given their high energy consumption per unit or passenger carried, drones will most likely stay a niche technology,” say the experts surveyed.

The backbone of climate-friendly urban transport will be “public transport, active modes of transport, shared mobility services as well as sustainable urban planning,” says the report adding that “investments in public transport along with the promotion of cycling and walking have to be prioritized.”

Elon Musk look away now, but the global transport experts do not think autonomous vehicles (AVs) will have arrived in great numbers by 2050. Furthermore, governments should not encourage their use because they could bring with them “potentially negative effects through increased urban sprawl and transport volumes as well as higher energy demand.”

This, say the experts, “proves the need for political governance” of AVs. Laws restricting their use to only certain scenarios, in other words.

“The main thing is to get people out of the car, not just out of the driving seat,” said an unnamed professor of transport and economics in the report.

“New technologies and mobility solutions can only unfold their full potential for decarbonization if policymakers also focus on a change in mobility behavior,” stress the experts. This will come via “reducing space for cars, banning cars entirely, or prioritizing more efficient modes of transport,” says the report.

American academic Peter Norton gave a (virtually-delivered) keynote presentation at the report’s launch. The author of Fighting Traffic: The Dawn of the Motor Age in the American City, said that motorists took over the streets of cities in a 30-year period starting in the 1920s when automobile companies and motoring associations—which Norton labels as “Motordom”—were not at all sure they would win against mass forms of transport such as streetcars and buses.

“[Motordom] made a lot of mistakes, and ran into many dead-ends,” pointed out Norton.

“They studied these errors, and they learned from them. This was the most successful transport transformation in world history.”

For a start, “we cannot pursue change in engineering, in policy, and in social norms separately,” he said.

“Each one, pursued alone, is defeated by the other two. All three must be integrated and pursued together.”

The associate professor of history in the Department of Engineering and Society at the University of Virginia added that “we must present change as liberating, as an expansion of choices, and not as constraining, or as a loss of choices.”

Cycling and walking should be prioritized (again), he said.

“The most sustainable and inclusive modes are the easiest and the cheapest to accommodate,” he told delegates.

“Beyond mobility, both cycling and walking offer great health benefits and can lower the societal cost of the so-called lifestyle diseases, making major contributions to sustainable development in general,” says the report.

The experts welcomed that “some cities around the globe have begun to reduce space for cars, both road and parking space, and to reallocate it to more efficient and sustainable modes.”

This, say the experts, will lead to “improved access for all groups of society.”