Before and after CZU Lightning Complex fire drone images 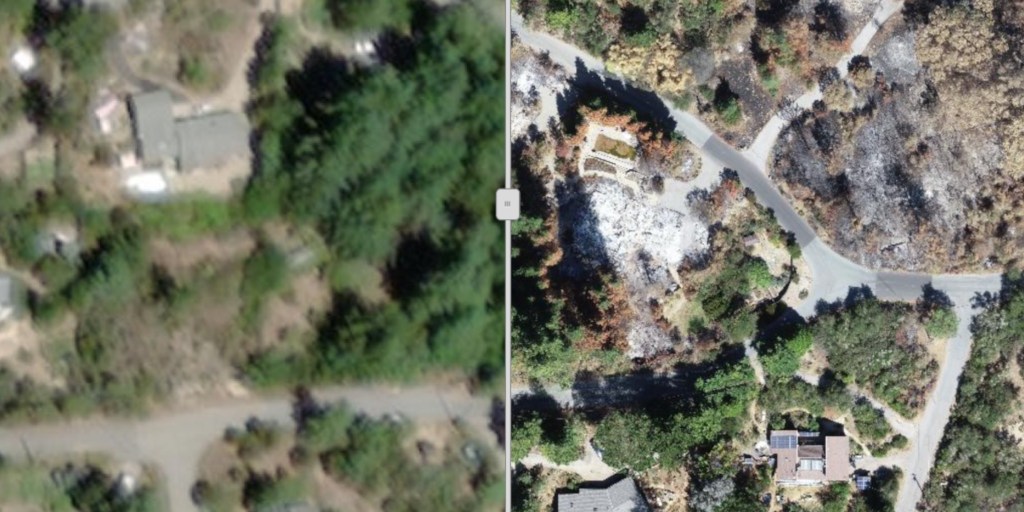 CLICK HERE if you’re viewing on a mobile device.

Newly released maps comprised of 360-degree visualizations and before-and-after comparison photos captured by drones survey a little more than a quarter of the area scorched by the CZU Lightning Complex Fire in August.

Using the CAL FIRE damage assessment map for reference, the teams collected imagery over 23,000 acres — or 35 square miles — of the 86,509 acres burned over 37 days in Santa Cruz and San Mateo counties. The 650 images focus on most of the damaged areas of Boulder Creek, Bonny Doon and Davenport, the communities hardest-hit by the blaze.

The teams that captured the images went out September 24 and 25, two days after the fire was declared 100% contained by CAL FIRE. Between August 16 and September 22, the fire killed one person, injured another, destroyed 1,490 structures and damaged 140 more buildings across the two South Bay counties.

Gregory Crutsinger, the Director of Applied Research at Geoacuity, helped the public agencies compile and visualize the data collected via drone.

“It’s not a complete assessment, it’s meant to be a rapid visualization,” Crutsinger said.

If you are struggling to use the maps, Crutsinger recommends viewing them on a desktop computer in this nifty tutorial he created for users.