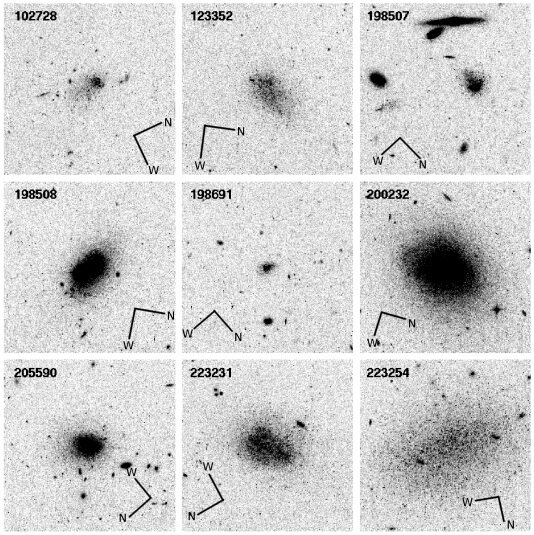 Astronomers from the Special Astrophysical Observatory (SAO) in Nizhnij Arkhyz, Russia, have conducted photometric observations of dwarf galaxies identified by the ALFALFA survey. The results allowed the researchers to determine accurate distances of 18 dwarf galaxies. The study is detailed in a paper published October 1 on the arXiv pre-print repository.

Dwarf galaxies, especially these containing hydrogen and located far from neighboring galaxies, are interesting targets for observation. Given that the evolution in such dwarfs occurs without any external inﬂuence, they could be crucial in improving our understanding of star formation processes in galaxies.

Researchers find new dwarfs using radio observations in the vicinity of galaxy groups. However, in order to get more insights into their nature, accurate distance measurements are also required. One of the methods to obtain these distances is known as TRGB and is based on measuring the position of the tip of the red giant branch stars.

SAO’s astronomers Olga Galazutdinova and Nikolay A. Tikhonov have used the TRGB technique to accurately determine distances of 18 dwarf galaxies. The dwarfs were detected by the Arecibo Legacy Fast ALFA (ALFALFA) survey, and their images were obtained by the Hubble Space Telescope (HST).

“Based on HST images for 18 dwarf galaxies, we constructed the CM [color magnitude] diagrams on which both young stars (blue and red supergiants) and an old stellar population (red giants) are seen. For each galaxy, we determined the position of the tip of the red giant branch (TRGB jump) and the color index of the RGB. This allowed us to determine the distances to the galaxies and the metallicity of red giants in these galaxies based on the equations from Lee et al. (1993),” the astronomers explained.

According to the paper, the dwarf galaxies are located between 16.6 and 39.1 million light years away from the Earth. The closest dwarf to our planet from the sample is the galaxy designated AGC 238890, while the most distant one is known as AGC 747826. The astronomers emphasized how accurate their measurements are, given that internal accuracy of the distance of some dwarf galaxies reached even 650,000 light years.

The remaining dwarf galaxies have distances of at least 20 million light years, and 11 of them are located over 27.5 million light years away. Two objects of the sample, namely AGC 198507 and AGC 739005, turned out to be binary galaxies.

Six dwarfs of the studied 18 were classified as low-metallicity galaxies, with [Fe/H] measured to be below -2.2. AGC 198691 appears to be the most metal-poor galaxy, with a metallicity at a level of approximately -2.88.

The researchers added that four dwarfs described in the paper have an asymmetric shape that could be explained, for instance, by interactions with a neighboring galaxy. However, no galaxies with similar distances were spotted nearby.

New insights into star formation in the smallest galaxies