Astronauts have to worry about radiation in space? Let’s stick to robots 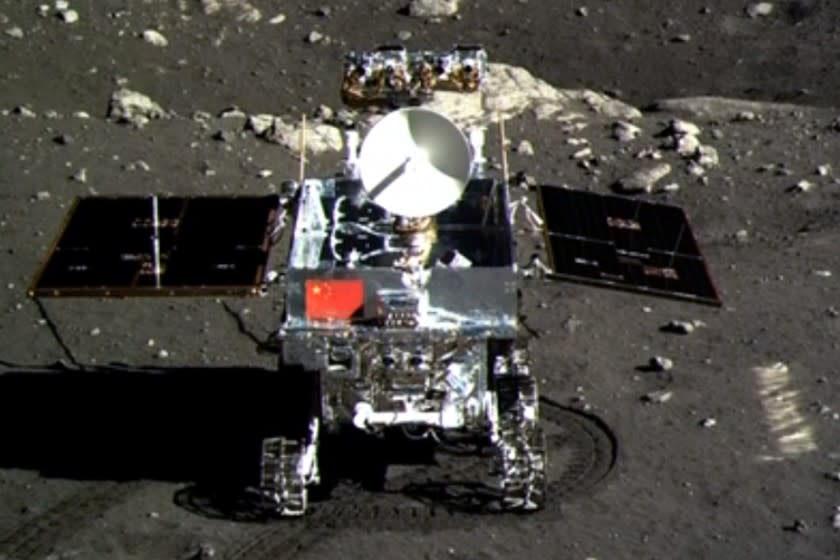 To the editor: Data collected by a Chinese lunar lander on the far side of the moon show that radiation in outer space, which our atmosphere protects us from, could cause cancer in astronauts sent to the moon and Mars unless they are protected by thick-walled space vehicles or shelters.

Radiation danger to astronauts is not the only “dark side” of sending humans deep into space. Another is the enormous cost of these missions, which could absorb funds needed for infrastructure upgrades and investment in renewable energy.

My expectation is that when the price of sending humans back to the moon and then to Mars is presented to the public with no realistic explanation of the benefits to justify the cost, Americans will not agree to support these foolish programs.

To the editor: I read the latest report ginned up by NASA regarding going to the moon and Mars in the coming decade or two. Over the years there have been articles on the possibility of sending humans to the Alpha Centauri stars, a trip that would take merely thousands of years using current spacecraft.

Manned space-flight is a big waste of time and money. What could possibly be the point of traveling to the moon again? Those who wish to go back should name all 12 of our astronauts who have walked on it already.