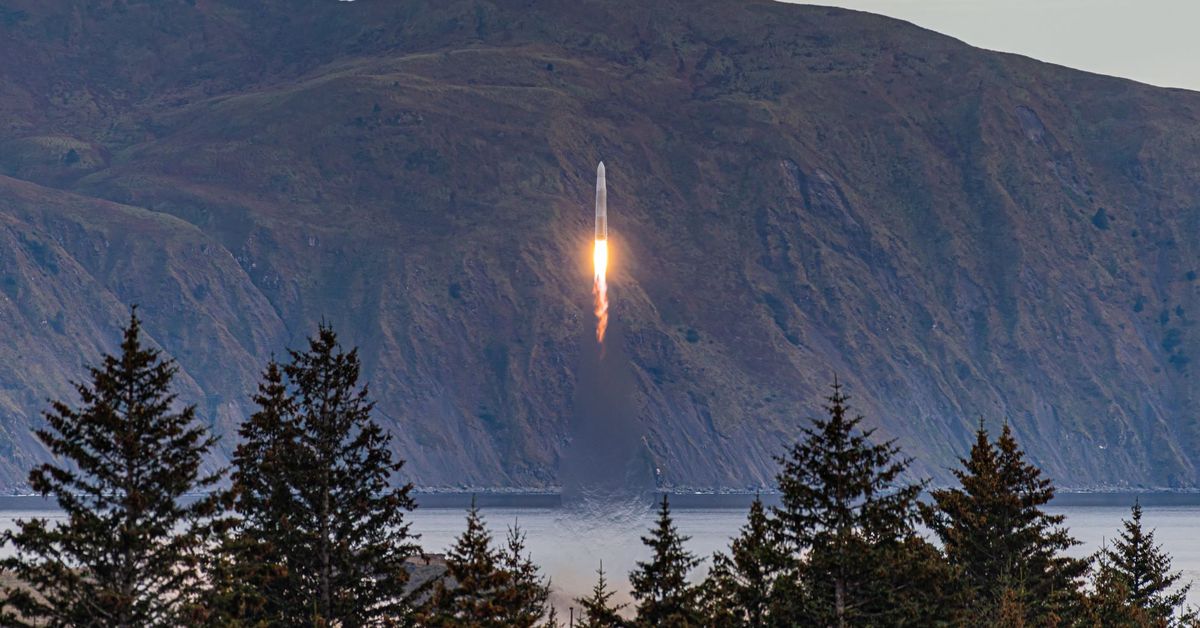 The first orbital mission for rocket launch startup Astra ended without its Rocket 3.1 reaching orbit. The rocket successfully lifted off from the Pacific Spaceport Complex in Alaska at about 11:19PM ET Friday, but the company said its guidance system “introduced some slight oscillation into the flight,” which caused the rocket to drift from its planned trajectory. The flight safety system shut down the engines, and the rocket fell back to the ground. It wasn’t carrying any payloads.

A spectator caught the launch on video, showing the rocket’s ascent. In the footage, the rocket’s engine shuts off mid-flight and a few moments later, you can see flames as the rocket hits the ground.

The company’s stated objective with this flight was to have a nominal first stage burn, which apparently didn’t quite happen since that’s when the engine shutdown occurred. But Astra wasn’t planning to reach orbit with this launch. And it says its preliminary data showed the rocket performed very well.

“We didn’t meet all of our objectives, but we did gain valuable experience, plus even more valuable flight data,” the company said in a blog post Saturday. “This launch sets us well on our way to reaching orbit within two additional flights, so we’re happy with the result.”

Successful lift off and fly out, but the flight ended during the first stage burn. It does look like we got a good amount of nominal flight time. More updates to come!

Astra is a very small team — small enough that it says it doesn’t have a video production crew to broadcast its launches— and says its launch system was developed by six people in less than a week. Astra says its Rocket 3.2 is ready and it plans another launch in the next few months.