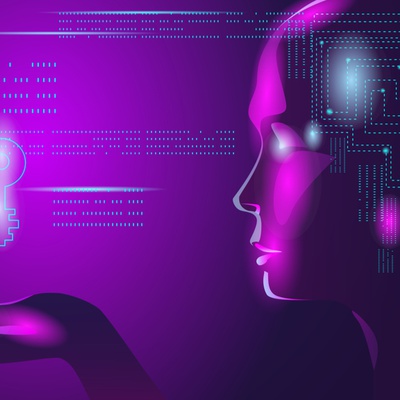 The National Security Commission on Artificial Intelligence called for the creation of two new talent initiatives that would help “fundamentally re-imagine” the way the federal government builds its digital workforce in Congressional testimony Tuesday.

But it was Rep. Elissa Slotkin, D-Mich., who brought the hearing down to earth. The former intelligence analyst and Defense Department official asked NSCAI commissioners a pointed question: How can DOD turn the commission’s ambitious dreams into realities?

“The structure at the Department of Defense does not support an easy, efficient incorporation of new technology, not for any one person’s fault, but because of the incentive structure there,” Slotkin said. “While I see a lot of suggestions I’m having trouble understanding how to incorporate this in a way that’s practical.”

NSCAI recommends DOD take two steps. The department should create a steering group consisting of top defense and intelligence officials focused on how to integrate emerging technologies to create a true military advantage.

NSCAI also wants the Joint Artificial Intelligence Center to report directly to the defense or deputy defense secretary instead of the chief information officer, who currently retains oversight of the JAIC. A provision in the House version of the NDAA would make this adjustment to the reporting structure, a provision the White House said it would potentially veto.

Later in the hearing, Rep. Chrissy Houlahan, D-Pa., noted the reason lawmakers included a provision in the 2021 NDAA mandating DOD elevate the JAIC from its current position to report directly to the top of the department is because the agency has thus far ignored prior recommendations asking it to do so.

Still, the commission believes these structural changes would facilitate DOD’s AI efforts. The commission will deliver its third report in a series of quarterly recommendation memos next month, as well as a final report to Congress and the president in March 2021.

Commissioners named workforce and talent as probably the most important issue area lawmakers and DOD must address in order to make strides in advancement of AI priorities.

NSCAI envisions a U.S. Digital Service Academy would function as an independent entity within the federal government and supervised by an interagency board as well as an advisory committee made up of commercial and academic leaders in emerging technology, according to the commissioners’ joint written testimony. Participants would leave the program with a civil service obligation.

The second workforce proposal would aim to solve the problem of government competing with Silicon Valley for tech talent by creating a corps of reserve technologists modeled after military reserves.

“One of the biggest barriers for serving full time in government is money, it’s resources,” Clyburn said.

The reserve corps would allow technologists who want to serve in government to do so without leaving behind lucrative private sector opportunities. Digital Corps members under the proposal would be able to work for the government 38 days a year, serving as “advisors, instructors and developers.”

Recommendations encouraging greater cooperation between the public and private sectors undergirded the commissioners’ testimony, including in the portion of testimony covering key AI provisions in the NDAA. The commission commented on the Senate and House versions of the NDAA in five areas: AI research and development, Defense Department organizational reforms, microelectronics, ethics and responsible use and workforce reform.

In his opening statement, Rep. Jim Langevin, D-R.I., the chair of the subcommittee, said he was pleased to support the 11 provisions in the House version of the NDAA that were based on the commission’s first quarter recommendations. The majority of the recommendations included are workforce-related, he said.

Commissioners also highlighted what they saw as a pressing need for a National AI Research Resource to expand access to compute power and data sets needed to develop AI technologies. Such a resource would complement the National Science Foundation’s recent announcement it would create seven AI research labs.