Army getting a brand new rifle optic for the M4A1 carbine 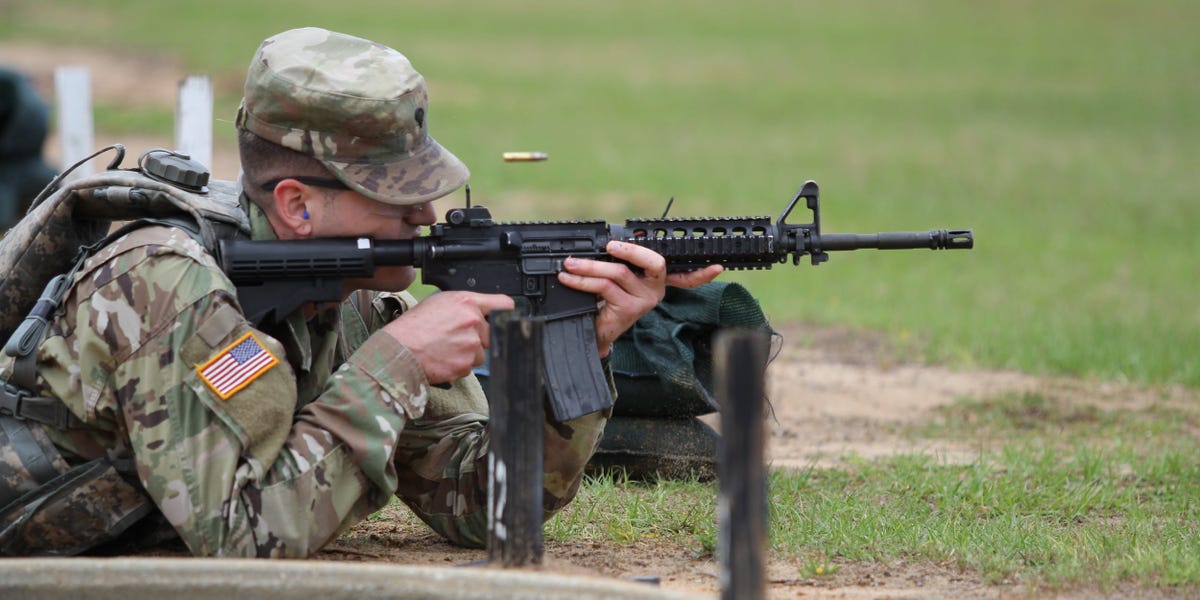 Get excited: The Army is picking up a new variable-power optic for the M4A1 carbine that’ll let soldiers reach out at further ranges with more accuracy than before.

Army Contract Command has awarded a follow-on production contract to Sig Sauer to furnish the service with a Direct View Optic (DVO), a fresh accessory that will allow soldiers to quickly switch between 1x and 6x magnification, in contrast to the fixed magnification standard on the existing Rifle Combat Optic.

Army units currently deploy with a combination of the RCO for targets at roughly 500 meters and the Close Combat Optic (CCO) for targets at 300 meters, as Military.com previously reported. With the DVO, soldiers would be able to target enemy fighters with remarkable accuracy at ranges of up to 600 meters.

It’s unclear which Sig Sauer optic the Army has selected to serve as its DVO, but this isn’t the first time the service has purchased a 1-6x optic from the company: In 2018, the service selected the lightweight TANGO6T 1-6X24 mm optic for its new M110A1 Squad Designated Marksman Rifle that’s based on the Hechler and Koch’s 7.62mm G28/HK417 rifle.

Soldiers have fielded the RCO since 2007 and Army officials are reportedly ready for a change as the service continues to pursue its modernization priorities.

“We have an 11- or 12-year-old legacy optic that has served the Army very well, but … based on the state of industry and what we have seen over the years, we know that there is more capability out there,” Maj. Dan Varley told Military.com at the time.

The original solicitation indicated that the Army intended to award four separate agreements for DVO prototyping with the goal of delivering at least 15 of the new optic systems to awardees.

While the follow-on production contract allows for the delivery of new optics over the next five years, it’s currently unclear at this time how many DVOs the service plans on ordering from Sig Sauer.

The Army did not immediately respond to request for comment.