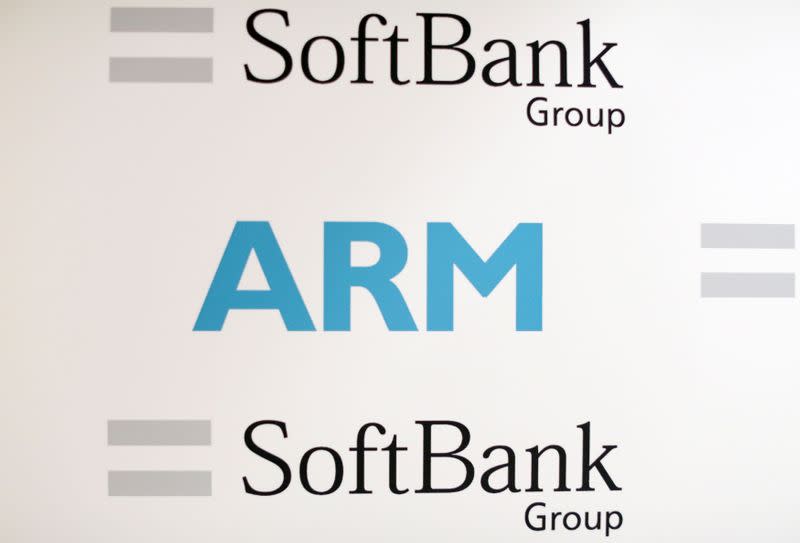 SHANGHAI (Reuters) – The Chinese division of UK-based chip designer Arm Ltd has been sued by an investor over its board’s attempt to oust the unit’s chief executive, escalating an internal dispute at a time when the tech group is on the verge of being taken over in a $40 billion deal.

The legal case, which has not been reported, was launched by Ningbo Meishan Bonded Port Area ARM Investment Management Partnership and went through a pre-hearing in a Shenzhen court last week, court records show. The pre-hearing was closed to the public and no further details were immediately available.

Arm is involved in a standoff with Allen Wu, the chief executive of its Chinese division, Arm China. He has refused to step down amid allegations of breaches of conduct.

Wu has not commented publicly on the allegations. He did not respond to questions sent to his LinkedIn account.

The dispute could be a complicating factor as Softbank, Arm’s owner, seeks to sell the chip company to Nvidia. Arm China is Arm’s gateway to the world’s biggest smartphone market, where its blueprints for powering chipsets are a critical component for many Chinese companies.

Arm gets about 20% of its revenue from customers in China, according to filings made before its sale to Softbank in 2016.

An Arm China spokesman confirmed the Ningbo Meishan lawsuit but did not comment on its status after the pre-hearing.

On Monday, Arm and Nvidia Corp said they were resolving the issues and the situation was under control.

In June, Arm and Hopu tried to remove Wu as Arm China’s chief executive after finding what they said were serious irregularities in his conduct. They said they included failing to disclose conflicts of interest and violations of the employee handbook.

Arm China put out statements saying that Wu continued to be its CEO and that its operations were carrying on as normal. It also denied Arm’s allegations against Wu.

Wu retains control of the Chinese unit via his possession of the company stamp which is necessary in China to authorize important bureaucratic procedures.

Arm said in a statement in July that was in defiance of the board’s “legally valid” decision to remove him.

Public records show that Ningbo Meishan’s managing partner is a holding company that lists Allen Xiaonang Wu as its legal representative, which is the same name as Arm China’s Allen Wu in Chinese public company records.

Reuters could not determine if the person listed as the legal representative of Ningbo Meishan’s managing partner was the same Allen Wu who is the chief executive of Arm China.

(Reporting by Josh Horwitz in Shanghai and David Kirton in Shenzhen; additional reporting by Stephen Nellis and Jane Lee in San Francisco and the Shanghai and Shenzhen newsrooms; Editing by Brenda Goh, Raju Gopalakrishnan and Carmel Crimmins)