Archaeologists Just Uncovered the World’s First Furnace from 6,500 Years Ago 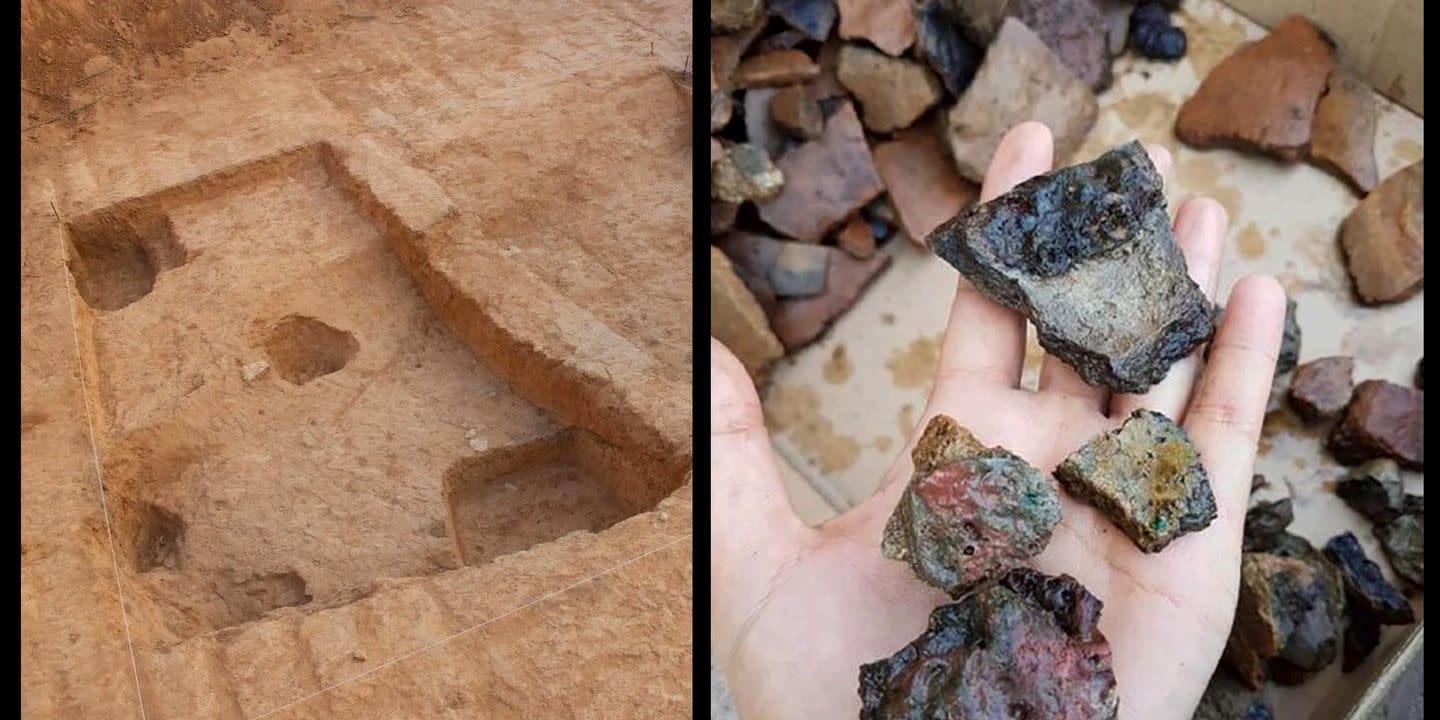 Israeli researchers have uncovered what could be the oldest furnace found to date—a nearly 6,500-year-old forge they say helped to stratify the ancient economy at the time. The research appears in the Journal of Archaeological Science and is the culmination of three years of work.

⏳ You love badass history. So do we. Let’s nerd out over it together.

“The excavation revealed evidence for domestic production from the Chalcolithic period, about 6,500 years ago,” dig director Talia Abulafia said in a statement. “The surprising finds include a small workshop for smelting copper with shards of a furnace—a small installation made of tin in which copper ore was smelted—as well as a lot of copper slag.”

“Tossing lumps of ore into a fire will get you nowhere,” researcher Erez Ben-Yosef said in the statement. “You need certain knowledge for building special furnaces that can reach very high temperatures while maintaining low levels of oxygen.”

It’s those extraordinary temperatures, still a part of metallurgy today even on the massive global scale, that leads the way to traces you can still see after 6,500 years.

“Multiple fragments of furnaces, crucibles and slag were excavated, and found to represent an extensive copper smelting workshop located within a distinct quarter of a settlement,” the paper explains. “Typological and chemical analyses revealed a two-stage technology (furnace-based primary smelting followed by melting/refining in crucibles), and lead isotope analysis indicated that the ore originated exclusively from Wadi Faynan.”

The researchers found the workshop evidence more than 60 miles from Wadi Faynan, the suspected location of the mine, which is puzzling at first. Then they realized the likely explanation was that copper smelters were worried about intellectual property theft during a time when they had at least a local monopoly on production of valuable copper. This led the researchers to append the idea that the furnace represented another milestone: the beginning of protective “startup”-like innovation culture.

“It’s important to understand that the refining of copper was the high tech of that period. There was no technology more sophisticated than that in the whole of the ancient world,” Ben-Yosef said in the statement.

That contributed to the Ghassulian culture, a group that thrived locally and reached huge artistic achievements. The statement explains:

“This culture, which spanned the region from the Beer Sheva Valley to present-day southern Lebanon, was unusual for its artistic achievements and ritual objects, as evidenced by the wondrous copper objects discovered at Nahal Mishmar and now on display at the Israel Museum in Jerusalem.”

This period in ancient history is called Chalcolithic, meaning people at the time were using stone as well as copper depending on the application. The socioeconomic spread this creates is embodied by, yes, crafting games like Animal Crossing: New Horizons. There, you can spend less for a basic tool that breaks more quickly, until eventually you unlock the idea for more advanced and durable tools. Certainly it was in ancient metallurgists’ interest to keep their idea under lock and key for as long as possible.