Arcade Perfection For ‘Virtual On’ Players 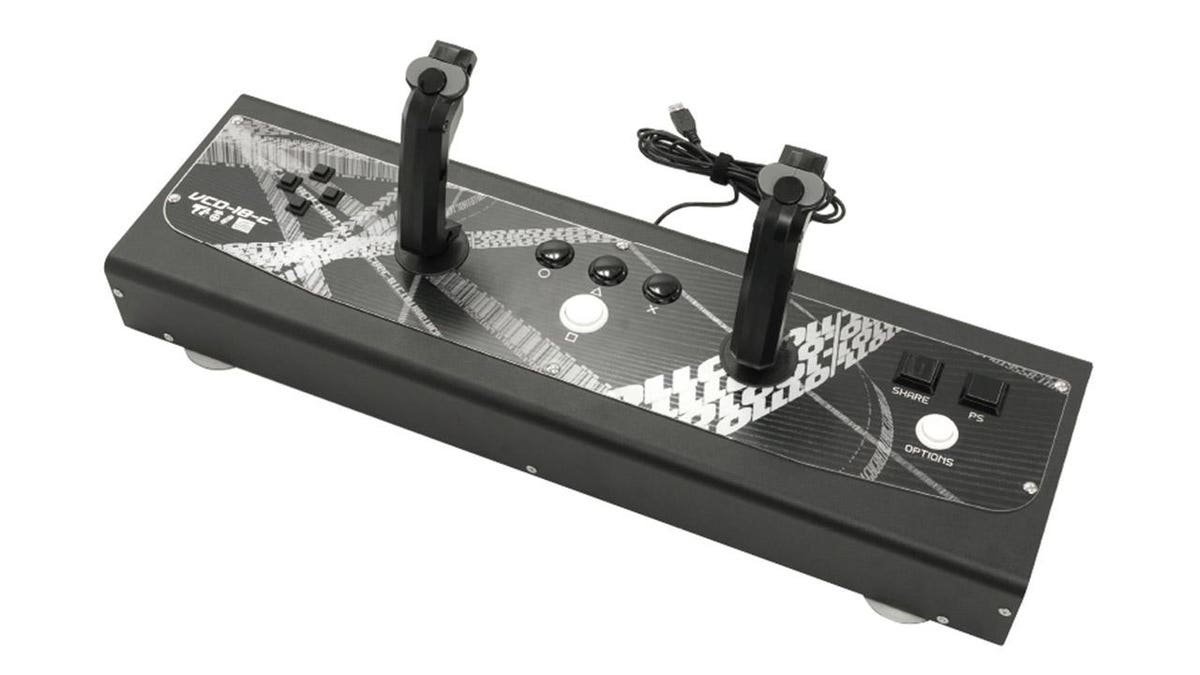 If you are a long-time player of the Virtual On games, the recent releases of the Virtual On Masterpiece Collection and A Certain Magical Virtual On for the PlayStation 4 lacked the necessary controller to play them properly. Well, Tanita has stepped in and the results are fantastic.

Originally part of a crowdfunding campaign, Tanita partnered with Sanwa earlier this year to sell the TwinSticks officially. I dutifully pre-ordered them and received the controller a few days ago.

Firstly, while these are technically sold by Tanita, the parts used are all Sanwa, so this is effectively a Sanwa controller.

What this means is that this uses the same parts from the arcade versions, which means this controller is arguably the closest to the arcade original input since the first Virtual On was released in the arcades back in 1995.

Put simply, these are heavy duty arcade ready sticks that are incredibly durable. Unlike the Saturn and Dreamcast peripherals (shown below), the travel is larger resulting in a more deliberate controller and considerably less twitchy than the previous console ready TwinSticks.

This meant I had to get back into my arcade handling mindset, but the results are amazing and allows me to play these games again as I used to in the arcades. After all, I used to own an arcade cabinet of the original Virtual On, so these new TwinSticks capture that sensation magnificently.

Unlike previous TwinSticks, these are both very heavy, weighing nearly 5kg, and very expensive. The latter makes sense when you realize that this is made from arcade ready Sanwa parts but the 60,000 yen (roughly $566) price tag is not for everyone.

Obviously, you need to set up the TwinSticks in the options on the Virtual On Masterpiece Collection, as well as on A Certain Magical Virtual On. The latter is sadly not overly improved with TwinStick controls but the former is gloriously good with this new controller.

Overall, these are arguably the best console ready TwinSticks made to date and old school Virtual On fans will not be disappointed with this purchase. My only gripe is that these are only compatible with the PlayStation 4, which seems somewhat of a waste.

That said, I do not at all regret this purchase and I am grateful that after 25 years of playing the Virtual On series, I finally have a controller at home that can do these classic arcade games justice.