The companies are taking advantage of India’s new $6.7B production-linked initiative, which gives cash for any sales increase of locally-made smartphones over that five-year period, compared to 2019-20 sales.

Foxconn will contribute about $542M and the others will roughly split the remainder.

Reuters sources say most of the funding will go toward expanding iPhone manufacturing in the region. Wistron’s local facilities only assemble iPhones.

Wistron assembles about 200K of the new low-cost iPhone SE models in India each month. Sources say the monthly total could double by year’s end.

Foxconn assembles for Apple and Xiaomi (XI) in the region, but reportedly already has enough capacity for Xiaomi.

Apple brought SE assembly to India in 2017 in a bid to diversify the supply chain outside of China and save money on India’s import taxes.

Here’s a look at how Apple’s iOS stacks up against Google’s Android in popularity across several regions, including India (chart via Statista, which used StatCounter data): 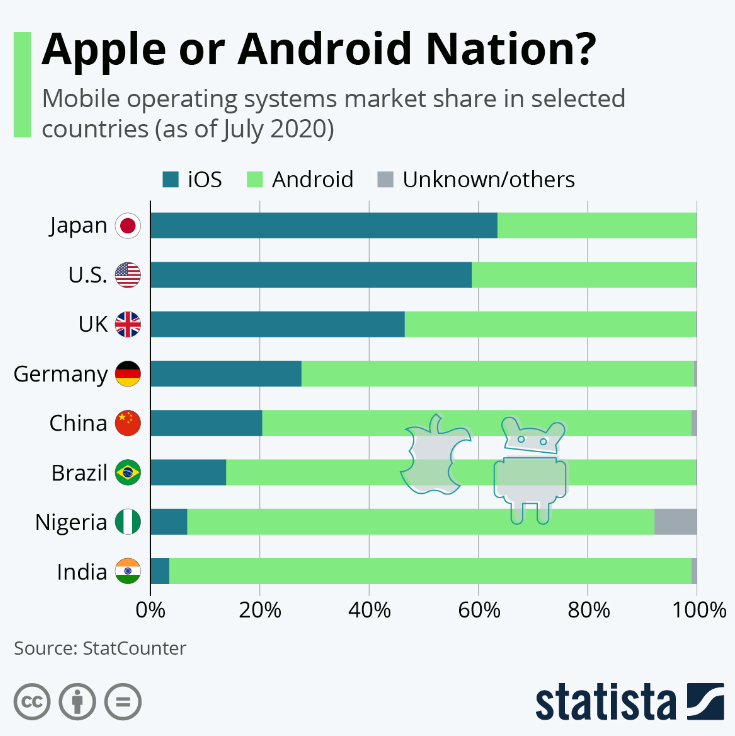