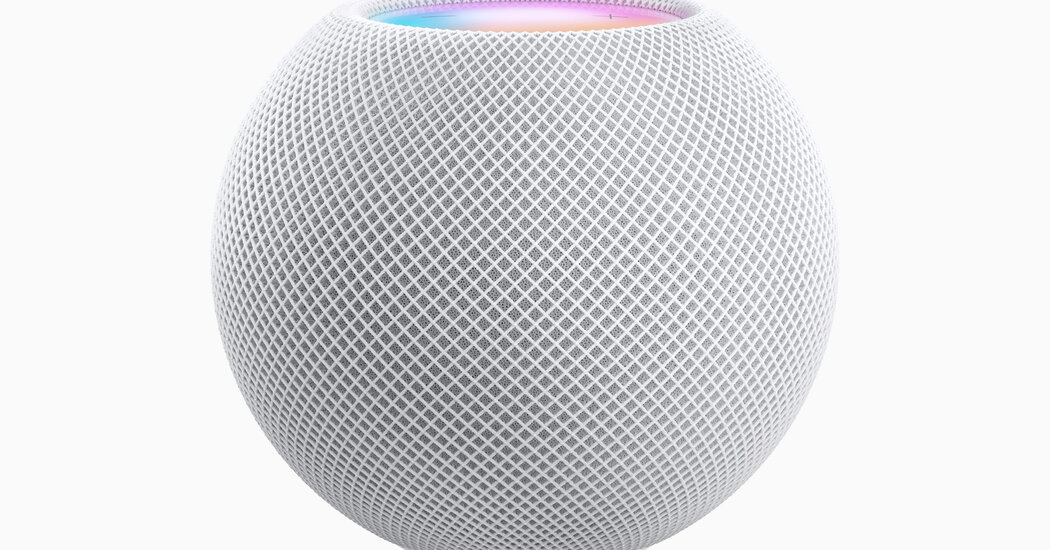 First up from Apple in its new product lineup on Tuesday was a HomePod Mini, a smaller and cheaper version of its HomePod smart speaker, which hasn’t been as successful as the products it emulated, the Amazon Echo and Google Home.

To distinguish the HomePod, Apple has emphasized the speaker’s ability to fill a room with high-quality sound. The original device was not popular, largely because of its higher price tag of $350. In addition, Siri, Apple’s virtual assistant, is not as capable as Amazon’s Alexa and Google Assistant. In our tests, Siri on HomePod was dumber than Siri on other products, including the iPhone.

Apple said on Tuesday that Siri was continuing to improve.

Regardless, the HomePod has a long way to go. The company hasn’t disclosed its sales, but the market-research firm Strategy Analytics estimated that in the fourth quarter of 2019, Apple had less than 5 percent of the global market share for smart speakers, well below the 28 percent share for Amazon and 25 percent share for Google.

The HomePod Mini will be priced at $99, Apple said. That compares with Amazon Echo at $99 and the mini Echo Dot at $49. Google Home, which is now called Nest Audio, costs $99 and its mini version, Nest Mini, is priced at $49.