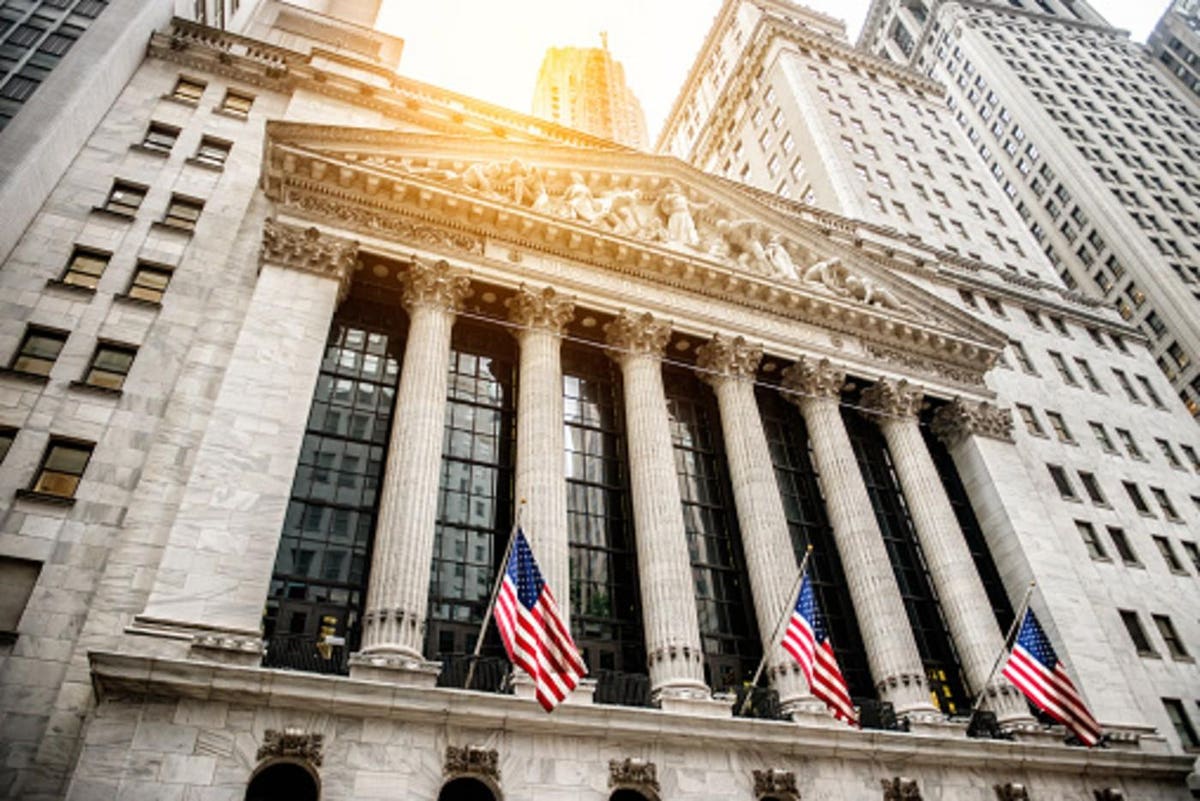 How does the market follow up “Merger Monday?” Today the fun rolls on with a product presentation from Apple (AAPL
), the start of a Fed meeting, and surprisingly robust Chinese economic data.

Monday’s broad-based rally helped lift Tech out of recent doldrums, and futures pointed toward more gains this morning. This could reflect spillover buying and some of the same vaccine- and deal-related optimism that sprouted yesterday. The eye-popping economic data out of China overnight might be another positive factor.

China posted its strongest industrial production of the year last month, along with retail sales getting back to pre-virus levels. Based on this, it looks like the Chinese economy is re-accelerating faster than most people thought and China looks more robust than many realized.

If China’s economy starts growing more quickly as the country emerges from the virus, that could be a powerful force here and around the world. We’ll see if any U.S. companies with strong businesses there (retailers, auto-makers) get any kind of stock market boost from the news.

Apple’s event isn’t likely to be iPhone-related, according to media reports. The invitation to media says “Time Flies,” indicating the announcement is related to the Apple Watch, not iPhones, Bloomberg News reported last week. The new iPhones won’t launch until October, Bloomberg said.

AAPL is preparing new high-end and low-end Apple Watches as well as a redesigned iPad Air with an edge-to-edge screen, according to Bloomberg. It’s also working on a smaller HomePod and the first pair of Apple-branded over ear headphones for release as early as later this year.

We’ll see what gets highlighted, and whether AAPL has any surprises up its sleeve when the event kicks off at 10 a.m. PT (1 p.m. ET).

There’s usually a lot of excitement before these events, and the challenge for AAPL is whether they can match the excitement once the news comes out. AAPL shares are up another 2% in pre-market trading after climbing 3% yesterday. Some analysts have noted that when AAPL rises lately, so does the market. And vice-versa. No guarantees, of course.

Fed Ahead, but What’s There to Say?

Fed meetings usually dominate the news cycle whenever they happen. Maybe not this week, though. You just wonder what more Fed Chairman Jerome Powell and company can say, knowing that they don’t want to raise rates and also have said they don’t want negative rates. They’re kind of stuck in a tough place where arguably the only tools they have are non-traditional ones like buying company bonds (which they’re already doing).

Last month, Powell made headlines when he spoke about allowing inflation to swing above the Fed’s 2% target to combat unemployment. Interestingly enough, last week’s inflation readings for August were on the high side, but a lot of that was due to one category: Used cars. Not a huge surprise if you think about demand rising for cheaper wheels as people try to economize in hard times.

Remember to watch what the Fed says in its statement tomorrow about the economy. Last time out, in July, the Fed sounded a bit more optimistic, so we’ll see if that continues. Also, Wednesday brings the quarterly Fed outlook on rates looking ahead several years, the so-called “dot-plot.” It might be interesting to see if any of the Fed experts are expecting rates to start climbing at any point out further into the decade, but these estimates are pretty speculative.

Wall Street’s powerful rally yesterday grabbed the headlines, but don’t forget to look behind the scenes at a number that may tell us more about the market’s general mood. The Cboe Volatility Index (VIX) got pushed back down below 26 for the first time since the start of September.

Yesterday’s mergers and acquisitions (M&A) news appeared to really cheer up investors, maybe more than in a “normal” year. Deal news is almost always something that gets people excited about the market. Deal-making slowed dramatically back in March and April and simmered over the summer. Companies seem to be coming back to the table now, which could mean in some cases they have more confidence about the future of their own businesses and the economy.

When deals get made, biotech tends to perk up. Why? Probably because there are so many “early-stage” companies in the space developing new treatments without much funding or the help of capital markets. Gilead’s (GILD) deal to buy a small cancer-treatment company, announced this week, really seemed to help biotech get back on its feet after a long dry spell for stocks in that sector. The Nasdaq
Biotechnology Index (NBI) rose 5% Monday, perhaps because investors hope GILD can be the “straw that stirs the drink,” so to speak, getting other companies to pursue their own deals in the space. We shall see.

Multi-Pronged Move Could Be Healthy Development

It was good to see a broad-based rally Monday that helped revive the battered Tech sector but also spilled into “reopening” areas of the economy. The multi-faceted gains were a repeat of Friday’s move into reopening stocks, but this time with Tech participation added. Materials, Industrials, Health Care
, and Financials all were strong participants, though Tech led the way.

Major industrial names like Deere (DE), Lockheeed Martin (LMT), and 3M
(MMM) rose more than 1%, while some of the big banks like JP Morgan Chase
(JPM) and Morgan Stanley
(MS) also did well. Sadly, however, Citigroup
(C) announced layoffs. The cuts—which will amount to less than 1% of its global workforce—look to be a continuation of its long-term plan to do more with fewer people. It’s a trend that was paused during the pandemic, but it seems to be picking back up in earnest.

It’s arguably healthy for the market to see some of the sectors and companies that got overshadowed by Tech all summer start to get traction. The question is whether investors stay interested or jump back toward Tech the way they did in June when Tech dropped.

As for Tech, we’re not necessarily out of the woods, though the Nasdaq (COMP) did officially go through a “correction” the first two weeks of the month, falling 11% from its high to its low. Most of the FAANGs lost ground yesterday, with AAPL the exception.

The re-test of recent lows for COMP wasn’t too surprising, but now the question is whether technical traders will see a double-bottom forming on the charts that could lead to technical buying.

Speaking of not out of the woods, crude got a little bid this morning due to the hurricane creeping into the Gulf of Mexico, but we’ll see if it lasts.

There’s a lot on the calendar this week beyond the Fed meeting, including an OPEC gathering. Also, the Bank of Japan and Bank of England both meet, and Friday brings so-called “quadruple witching,” which is the one day each quarter when contracts for stock index futures, stock index options, stock options, and single-stock futures all expire.

Ready for Retail? The monthly retail sales report has always been closely watched, but you could argue it’s even more critical to monitor in these unprecedented Covid times. Tomorrow brings the August report an hour before the open, so it might be a good idea to stay on your toes if you plan to trade around that time. A good retail sales number probably wouldn’t have a huge impact on stocks, but a bad one could put a damper on sectors like Consumer Discretionary and even Financials.

So what constitutes “good” and “bad” for retail sales last month? The average analyst estimate, according to research firm Briefing.com, is for just a 1% rise from July, when retail sales not including autos went up 1.2%. These would normally be excellent monthly numbers, but considering how weak retail sales were back in March and April, you’d like to see a little more traction. So anything in the 2% or higher realm might cheer the market. A flat reading or a negative one would probably reinforce some analysts’ beliefs that the wave of new virus cases over the summer started to put consumers on the defensive again. That, along with employment gains slowing on a monthly basis, wouldn’t be the best recipe for the market. However, recent strong inflation readings suggest maybe we’re going to see a decent number tomorrow. Only one way to find out!

Here’s your Package: It’s relatively quiet on the earnings front, but we’ve got a big one today with FedEx
(FDX) after the close. It often gets watched as a potential barometer for consumer and business demand, and this time we’ll see if today’s strong economic news from China helped FDX on the international side. Last time out, FDX topped expectations and shares posted solid gains despite FDX not providing an earnings forecast for fiscal 2021 due to uncertainty. The package deliverer saw increased demand for at-home deliveries as e-commerce went ballistic during the shutdown. However, as CNBC pointed out back when FDX last reported, business deliveries can actually be more profitable, and they were down in the previous quarter due to the pandemic. The question is whether that category improved as more businesses reopened.

Another question is how the company is planning for the holiday season, which should be unlike any other due to COVID. Some analysts are concerned about how FDX will handle peak demand as people depend more than ever on e-commerce. Last time out, FDX said it was working closely with e-commerce companies to put plans in place for November and December.

Deals, Deals, Deals: Chip-maker Nvidia’s
(NVDA) plan to buy Arm Holdings could face tough regulatory reviews around the world and take a long time to come through if it does happen, analysts said. The benefits seem immense if NVDA can make it work. As The Wall Street Journal noted, “Arm provides the basic designs for the low-power central processor chips that form the main brains of devices such as smartphones and tablets. Companies including AAPL, Samsung, and Qualcomm
(QCOM) license those designs for their own chips.”

However, having the technology could spell future trouble for NVDA, the Wall Street Journal added, noting that nearly every company that makes processors for mobile devices and other types of chips has a licensing relationship with Arm. And a lot of those are chip makers that either compete with NVDA, or are likely to in the future. The question is whether NVDA bit off more than it could chew, and only time will tell. You’ve got to applaud the company for thinking big, but execution is probably going to be key.