Anticipating The Accessibility Of The Amazon One Payment System 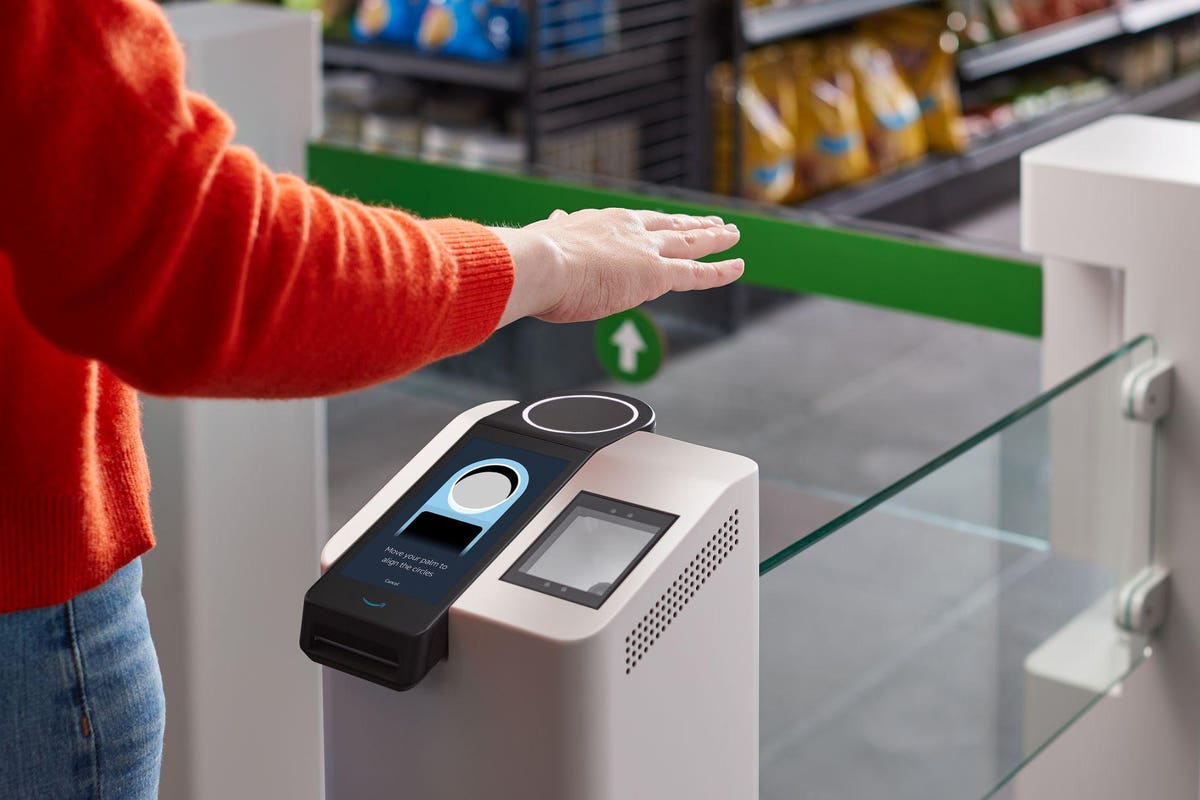 Recode reporter Jason Del Rey on Tuesday wrote a story about Amazon’s latest commerce-centric endeavor: the Amazon One payment kiosk. Amazon One is a biometric technology that allows customers to, according to Del Rey, “pay at stores by placing their palm over a scanning device when they walk in the door or when they check out. “ Amazon is rolling out the new technology at its Amazon Go cashierless convenience stores in Seattle, but will expand to its other outposts in the future. The company also hopes to sell the tech to third-party retailers as well.

Del Rey’s piece delves into the privacy issues regarding sending one’s handprints to Amazon’s cloud servers, but there is another interesting use case: accessibility. At first blush, the contactless nature of Amazon One is seemingly a more accessible way to authenticate payment than competitors such as Apple’s Apple Pay. The reason is there is no need to interact with a device with which to scan; with Amazon One, you are literally using yourself as a token.

Compare and contrast the Amazon One experience with Apple Pay. Since Apple Pay was introduced in 2014, the usability gains of the service are obvious. As the company explained at the time, Apple Pay was not only more secure (more on this below), it also was fast and easy—no longer did someone need to fumble through their wallet to find their credit card. All that was needed was to place your iPhone (or Apple Watch) near the NFC reader, and the transaction is done. The fluidity of the user experience here is even more significant when you consider it from an accessibility vantage point. People with fine-motor delays, for instance, are saved from the friction of not only finding their physical card, but also inserting it into the chip reader. The same goes for buying things on the web, as Apple Pay automatically enters in personal details such as card number and shipping information. Not only does this save on typing, it also reduces cognitive load for users who have certain kinds of cognitive impairments.

Whether Amazon One gains wide adoption is obviously an open question, but it’s not difficult to see where Amazon has leveled up on usability from an established player like Apple Pay, theoretically at least.

Still, the idea of Amazon One as a more accessible payment system is predicated upon the reality that many people with disabilities have trouble manipulating everyday objects. Thus, Amazon One completely removes such a barrier by letting the person literally do the paying. There are questions, however. The foremost one is whether Amazon has or will built in voiceover technology for the blind or low vision. Will it tell you how close you are to the kiosk? Will it alert you when you’ve placed your hand in the optimal position for scanning? How accessible is the initial setup process? These are scenarios Amazon must account for if they truly wish to extend their retail dominance to the physical world, as Del Rey attests.

As for privacy concerns, Apple Pay has a decided advantage over Amazon One because not only is the former accessible (in a disability sense) it’s also designed with privacy in mind. Apple has staked much of its reputation on how they safeguard users’ personal data, so if privacy is a primary concern, Apple Pay is the better system overall. To trust Amazon with one’s biometric data is an individual decision; this is the same company, after all, who last week announced a camera-fitted drone that flies around your house ostensibly for “security” purposes.

It’s very early days for Amazon One, but it’s worthwhile to ponder the possibilities of the tech as it relates to accessibility. Whatever happens going forward, it’s important to remember that the more innovation around accessibility is good for every user. It will be exciting to see how well Amazon One works in practice despite its limited availability.