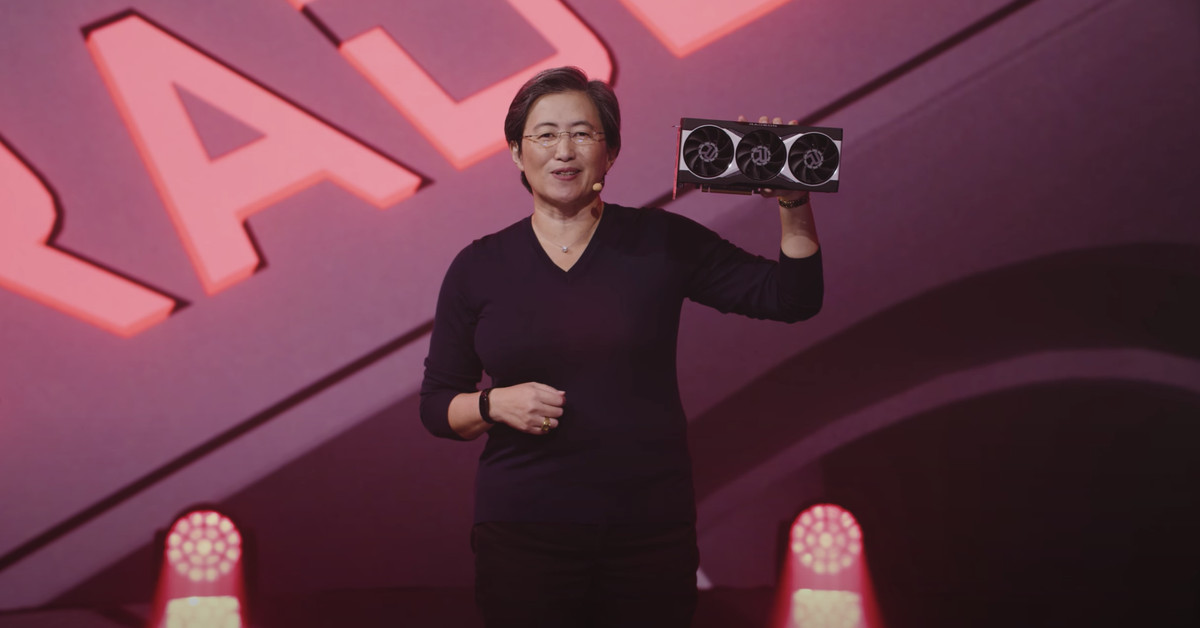 While full details on the upcoming lineup of graphics cards won’t come until later in October, Su is setting expectations high, promising that the RX 6000 lineup offers “by far the most powerful gaming GPU we have ever built.”

Su also offered a brief preview of what to expect from the company’s top-of-the-line Ryzen 5000 CPUs working together with the new RX 6000 series GPUs, showing a short clip of Borderlands 3 running at 4K resolution at over 60fps at “Badass Quality,” along with benchmarks for Call of Duty: Modern Warfare (88fps for 4K gameplay at ultra settings) and Gears 5 (73fps for 4K gameplay at ultra settings).

The new RX 6000 GPUs are a big deal for AMD: not only do they mark the company’s most powerful graphics cards yet, but they will also see the debut of the company’s next-generation RDNA 2 graphics architecture. RDNA 2 isn’t just powering the new desktop PC GPUs; it’s also the basis for the custom GPUs in both the Xbox Series X / S and the PlayStation 5.

While AMD didn’t call out Nvidia directly during today’s presentation, it’s hard not to look at those numbers and start comparing them to the company’s recently released RTX 3080 GPU, which makes similar promises of practical 60fps-plus 4K gaming. That said, we’ll have to wait for AMD to give some more concrete details before it’s possible to really compare the two GPU lineups.

AMD is expected to formally announce the RX 6000 series of GPUs on October 28th.