All students win in Georgia Tech settlement with anti-abortion group 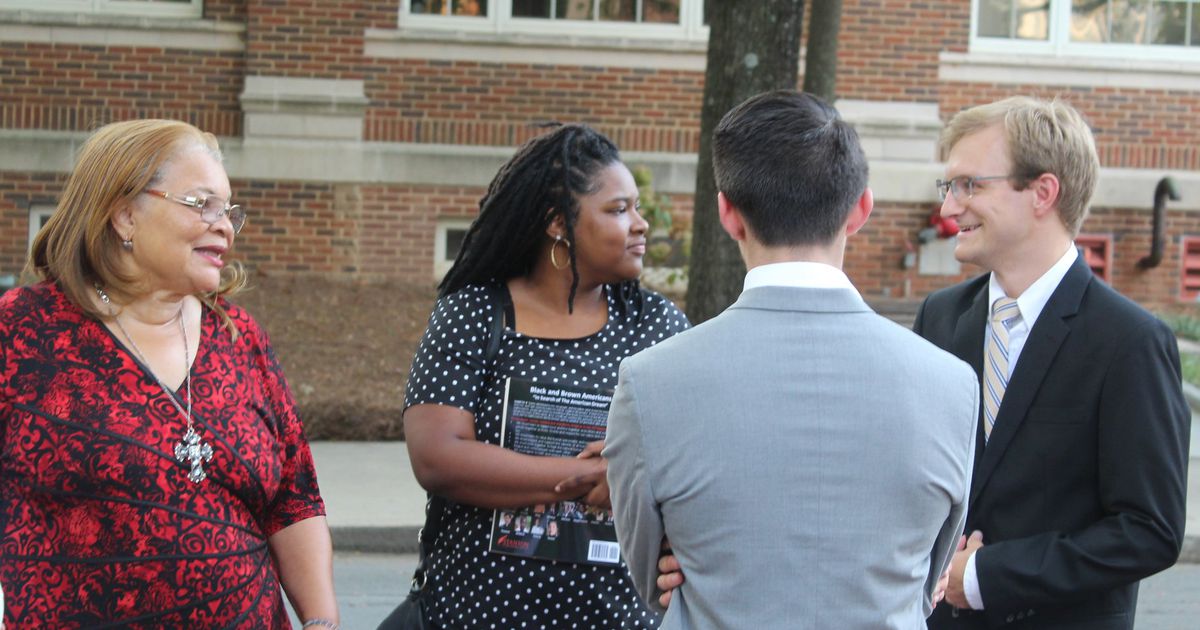 It also revealed that university officials are neglecting their duty by not providing guidelines to ensure the university operates as a marketplace of ideas. University rules dictate that all students must contribute to a student activity fund, from which all campus clubs and organizations may request money to offset the costs of their events, including bringing in guest speakers like Ms. King. The SGA determines which groups and events receive money from the fund.

ExploreRead the AJC news story on the Tech settlement today

The First Amendment requires university officials to ensure that student leaders allocate the monies in the fund without giving one club preferential treatment or short-changing another simply because its members’ views don’t gel with the views of their peers.

The legal term for walking that line is “viewpoint neutrality,” and the line was completely erased in the case of Georgia Tech’s Students for Life club. The club had invited Ms. King, a former member of the Georgia House of Representatives, to speak about her experience in the civil rights movement and explain how students can continue to protect civil rights today.

In anticipation of that event, Students for Life then-President Brian Cochran presented a standard request for funds to the graduate and undergraduate houses of the SGA, which usually fast-tracks such requests. In this case, though, they put Cochran through the ringer, pressing him for specific details on what Ms. King would say and what viewpoints would be expressed.

Then, the SGA refused the requested funding because 1) Ms. King, having been involved with religious ministries, is “inherently religious,” 2) her religious views would undoubtedly inform her thoughts on civil rights and abortion, and 3) some students would likely be offended by those attitudes.

Caleb Dalton is legal counsel with the Christian legal group Alliance Defending Freedom and its Center for Academic Freedom, which represents Students for Life at Georgia Tech.

The SGA got a couple of things wrong. For one, the Constitution doesn’t consider “some people might be offended” a lawful reason for shutting down free speech. “Some people” are always offended by anything said by anyone. Under the SGA’s unconstitutional restrictions, Students for Life would have been denied funding to bring Dr. King himself to speak.

For another, Students for Life members were denied the use of monies they themselves had contributed. You can’t require people to put money in an office pool and then tell them they’re not allowed to win because “some people don’t like you.” The activity fund isn’t supposed to be a gamble; it’s an agreement between the university and those required to contribute that all student groups will have an equal opportunity to use the funds.

What’s more, Students for Life was singled out for hyper-scrutiny for other requests. While the SGA allotted over $5,000 for a pro-abortion political speaker, Andrew Gillum, it refused Students for Life’s small $80 request for an educational banner unless the organization deleted the title, “Human Development Timeline.” The SGA alleged those words were too “political” … even though it funds political speakers like Gillum.

While the SGA was paying too much attention to one club’s activities, Georgia Tech administrators weren’t paying enough attention to SGA and to the constitutional requirements of “viewpoint neutrality.” They gave student leaders virtually unlimited authority over huge amounts of money without checking to make sure it was distributed fairly. That’s a little like leaving the keys in the car and the engine running, only to profess surprise that the kids hopped in and are driving amok. A federal judge even put the university on notice that its policies were problematic almost 10 years ago. But they did nothing.

By way of a wake-up call, Alliance Defending Freedom represented Students for Life in a lawsuit against university officials and the SGA for their violation of Students for Life’s freedom of speech, equal protection of the law, and right to due process. Whether the students and administrators involved were deliberately working to silence pro-life voices on campus, or were merely oblivious to the implications of their arbitrary actions, the effect was the same: many students were being denied their constitutionally protected freedoms.

Thankfully, that is no longer the case. In the wake of the lawsuit, the university completely revised the policies to remove the SGA’s discretion to discriminate based on viewpoint. Under the settlement agreement the parties reached, the university also agreed to pay damages and attorneys’ fees of $50,000. This is a win for all students, for diversity of thought, and for the marketplace of ideas at Georgia Tech.

It’s been nearly 60 years since Dr. King memorably dreamed of the day his children could “live in a nation where they will not be judged by the color of their skin but by the content of their character.” Instead, at a university campus in King’s home state, his own niece and many pro-life students were being weighed against political correctness … and the exceedingly tender sensibilities of this generation. We can do better, and it starts today with teaching tomorrow’s leaders the value of intellectual diversity and freedom of speech.

Maureen Downey has written editorials and opinion pieces about local, state and federal education policy since the 1990s.