All future Maseratis will borrow styling cues from the MC20 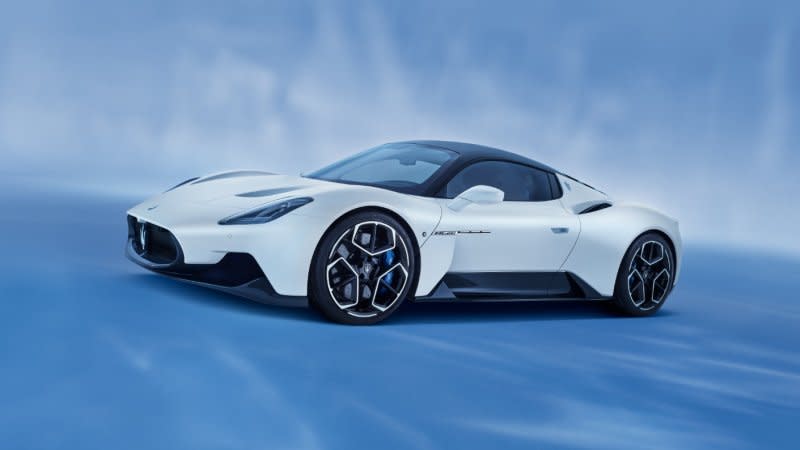 Maserati’s recently-unveiled MC20 coupe points to the direction stylists will take the rest of the company’s range in during the 2020s. Its proportions will remain unique – the company isn’t about to make the family-friendly Levante mid-engined – but its front end and its pure, simplified approach to design will permeate other models.

“The face of the MC20, with the low-mounted grille and the headlights positioned much higher on the fascia, is our new design language,” affirmed Klaus Busse, the head of the company’s design department. He added it’s a look that draws inspiration from past models, including the limited-edition MC12 built between 2004 and 2005. Lighting technology has evolved considerably since the middle of the 2000s, so designers and engineers are now able to use LEDs to give Maserati’s future models a more distinctive-looking face, especially at night.

Autoblog understands the second-generation GranTurismo scheduled to make its debut in 2021 will be the first MC20-inspired model. Its styling cues will also influenced the Grecale, a smaller SUV positioned below the Levante and possibly related to the Alfa Romeo Stelvio. Maserati’s aim isn’t to end up with a range of nesting doll-like models that all look the same, so expect to see variations of the MC20 theme as the line-up develops.

Busse also shared insight about how his team shaped the MC20 (pictured). Early on, he insisted the car shouldn’t receive oversized air inlets or a park bench-sized wing on the back. His team consequently integrated all of the components that create downforce below the axle line, which runs through the middle of the wheels. It’s a pure, simple approach to design that will characterize future models, meaning they’ll be sporty in a subtle, elegant way.