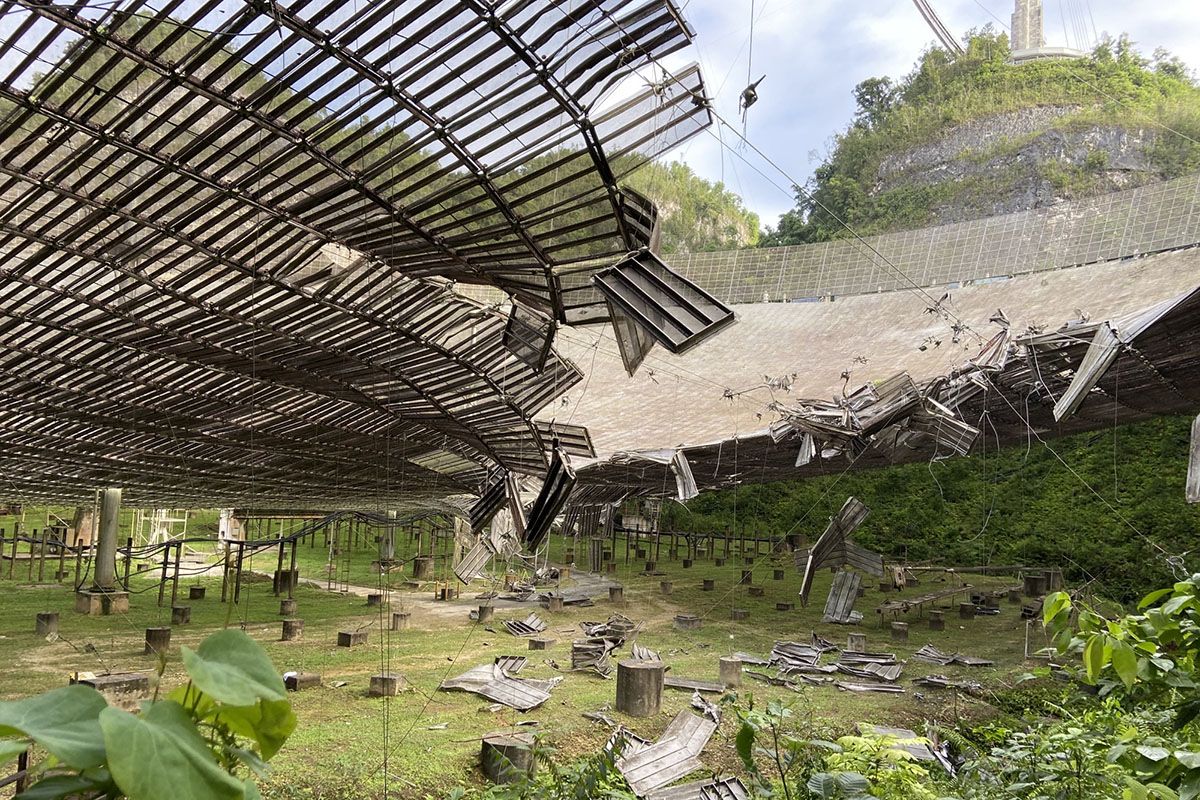 On Aug. 10, 2020, the Arecibo Observatory — a massive telescope in Puerto Rico famous for tracking asteroids and advancing the search for extraterrestrial intelligence (SETI) — was slashed to pieces after a metal cable above the telescope came loose in the dead of night and crashed through the radar dish below.

One month later, facility officials still don’t know what caused the mysterious midnight malfunction. But the recovery effort is underway, and officials plan to launch a full “forensic investigation” into the disaster as soon as the facility’s safety can be guaranteed, according to a statement from the University of Central Florida (UCF), which helps manage the telescope.

“We know the process is taking a long time and we are eager to begin repairs,” Arecibo Observatory Director Francisco Cordova said in the statement. But before they can remove the broken pieces and get to work, they need to make sure it’s safe to put people on the telescope, Cordova said.

When Arecibo began operating from the bottom of a natural sinkhole in 1963, it became the world’s largest single-dish telescope, stretching 1,000 feet (305 meters) in diameter. (You might recognize it from its appearances in the films “Contact” and “Goldeneye”).

But last month’s cable collapse left a 100-foot-long (30 m) hole in the radar dish, immediately suspending operations, according to UCF. The cable also smashed through several other cables and platforms that support the dish, raining debris onto the ground and making access to the site even more treacherous.

Since then, UCF and its partners, including NASA and the National Science Foundation, have begun assessing the damage by building a detailed computer model of the telescope. Engineers will then study the model carefully before sending humans into the site. Initial tests of the telescope’s receivers showed no signs of damage to the underlying electronics. However, the team has yet to test the telescope’s critical S-band radar, which detects microwave signals from distant stars, galaxies and nebulas, the UCF statement added.

When the site’s safety is assured, a repair team will extract the broken cable and its socket to begin their forensic investigation. In the meantime, two projects not connected to the main dish — Arecibo’s Light Detection and Ranging (LIDAR) program and the Remote Optical Facility (ROF) — continue to operate, UCF said.