A security camera that flies around inside your house

Consumer drones are notorious for being hard to fly at first, before you learn what you’re doing, and the odds are, you will crash it. It’s not a question of if, but when.

So how about a drone that flies automatically, in the home as a roaming security camera? One the manufacturer promises won’t crash into a ceiling fan or a flower pot, because it has obstacle avoidance technology. And flies back into its cradle when the flight is complete.

Sounds pretty cool. But will it work? 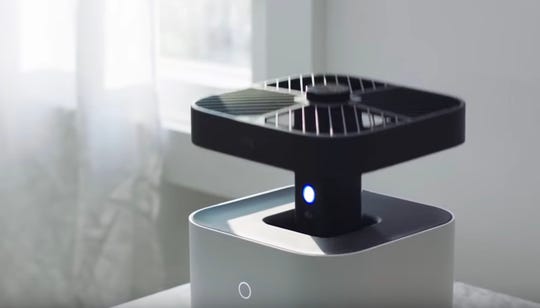 Jamie Siminoff, the founder of the Amazon Ring subsidiary, insists that it will because there’s an app for it. The $249 Always Home Cam, available for sale in 2021, will be operated via the Ring app, which will be set up to work with the drone based on mapping of rooms.

“It will fly based on predetermined areas and angles that you’ve set up,” he told USA TODAY.

What it won’t do is fly manually, work outside or fly from, say, the first floor of a home to upstairs, Siminoff says. It’s one floor at a time.

The idea was to go beyond a static security camera, which he sells, and take people remotely on a tour of the home, for monitoring, without having to plug in multiple cameras. “So you can check on everywhere in the home.” 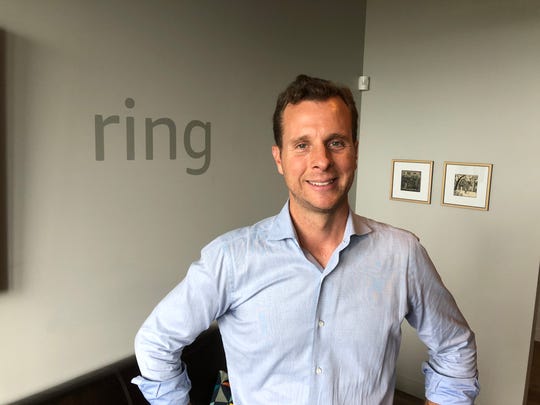 Jamie Siminoff, the founder of Ring, at an Amazon event in Seattle (Photo: Jefferson Graham)

Ok this is one of these ideas that’s either absolutely brilliant or really stupid:

Siminoff says he built this in response to multiple requests from people who, for instance, left the window open and wanted to check but had their indoor camera facing the other direction.

“Instead of simply encouraging customers to buy more cameras and set them up in more locations around the home, how could we solve this problem with one solution?” he noted, on the Ring blog. “We wanted to create one camera that could give users the flexibility of every viewpoint they want around the home, while delivering on our founding principles of privacy and security.”

Siminoff began Ring in response to a request from his wife, who thought there should be a way to see who’s at the door, without opening up, and to be able to check on the exterior of the home remotely.

Sales of the video doorbell took off, helped by his frequent appearances on cable TV shopping channels hawking the product and in 2018, Amazon came calling, offering to buy Ring for $1 billion.

Siminoff has been working on this drone concept for several years, before the acquisition, he says. Originally, parts were so expensive, it would have cost $2,000 to sell at retail. But with the rise in autonomous vehicle technology, parts have now gotten to the point where he could have a consumer product.

Ring addresses security concerns by pointing out that the camera only turns on while in flight. It can show people in real time what the camera sees, via the app, or record video and store it to the cloud via Ring’s Cloud service, which costs $3 monthly.

And if it were to crash, say, over the head of someone who lived in the home, Siminoff says not to worry. “It’s a lightweight drone” and wouldn’t hurt, he says.

But just in case, he says he built the drone to be especially loud while in flight. “This is privacy you can hear.”