We’ve seen more than a few dual-screen smartphones that fold and flip to expand. Now, there’s one that swivels.

On Monday, LG upped its smartphone offering with the Wing, a unique take on dual-screen devices with a primary touchscreen that swivels sideways to reveal a secondary, smaller screen underneath.

You may remember the company’s flashback swiveling phones from the early 2000s or the Samsung X830 that whirled upward to reveal a T9 keyboard. The LG Wing appears to function similarly to that, only way more modern.

The idea behind the smartphone is similar to other dual-screen devices. It’s meant to enable you to do more tasks at the same time. 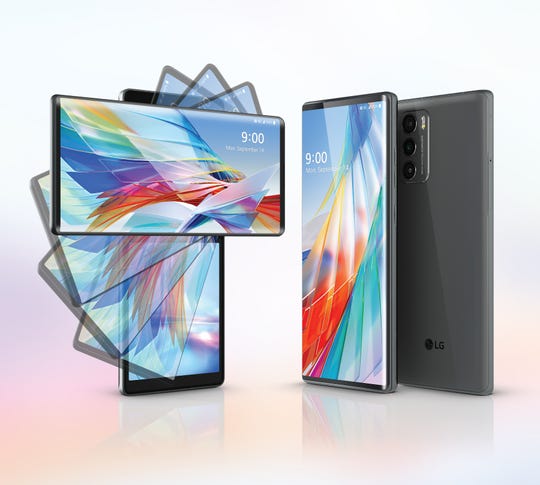 The LG Wing is a swiveling, multi-screen smartphone. (Photo: LG)

LG Velvet review: The smartphone is sexy, the tech is cool, the camera could be improved

At face value, it looks like a slightly thicker version of the candy bar-style smartphones you’re used to seeing. It has a 6.8-inch OLED display without a noticeable notch. That’s when the phone is in what LG refers to as “Basic Mode.”

You can use your fingers on one hand to shift that main screen sideways, transforming the LG Wing into “Swivel Mode.” The entire face of the phone rotates clockwise 90-degrees, uncovering a 3.9-inch square-shaped second screen.

That’s where things get interesting.

Certain apps can appear expanded between the two screens. For instance, imagine watching a YouTube video on the top, and using the bottom screen to fast-forward or rewind. Or maybe you’re playing a video game, and the top screen shows what’s happening while the bottom screen is more like a joystick or controller. 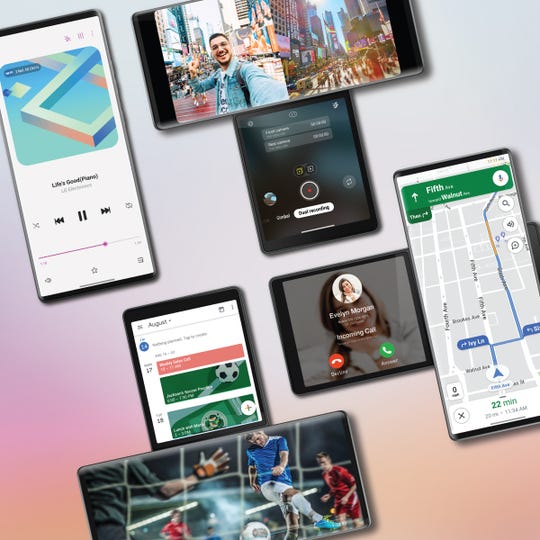 The LG Wing was built with multitasking in mind. (Photo: LG)

You can also use the screens to display two apps simultaneously. So the big screen could be your navigation, while you use the smaller display to send text messages.

“Whether watching a video and texting with friends on the couch or following directions with music controls and a phone call, LG WING 5G proves handy and intuitive in unlimited situations,” the company said in a blog post.

The hinge mechanism that enables the device to swivel has been tested and “proven to be reliable even after 200,000 swivels,” LG says. That number averages out to about 100 motions every day for five years. Samsung previously had issues with its dual-screen Galaxy Fold, which had a malfunctioning screen in early test reviews before the company fixed it. 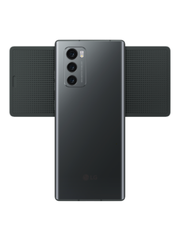 When in Swivel Mode, the LG WING’s second screen can be used as a grip while you capture photos and videos. (Photo: LG)

If you drop the phone, the peek-a-boo selfie camera will slide back into the body to protect the lens from breaking if it hits the ground, LG says.

The LG Wing is powered by a Snapdragon 7-series processor and is 5G capable. It’s rolling out in the U.S. soon, starting with Verizon, followed by AT&T and T-Mobile carriers. Prices start at around $1,000, which is $400 cheaper than Microsoft’s latest Duo smartphone, and $500 less than the foldable Motorola Razr.

Color options will vary depending on the provider.