A golden age of astrophotography, in your backyard 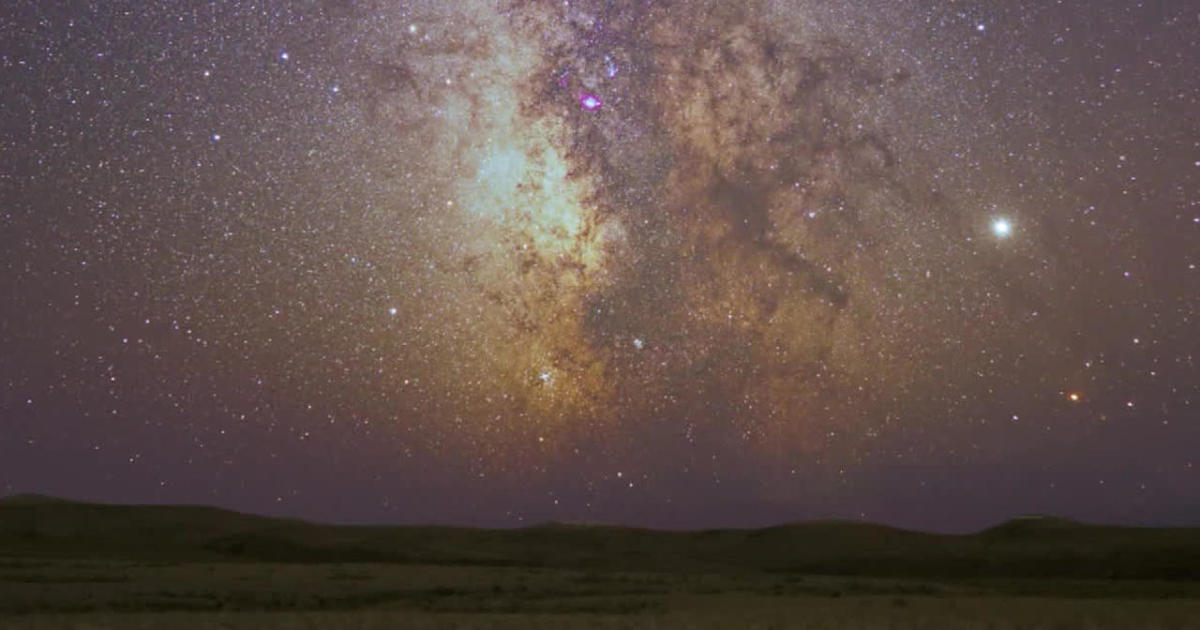 To hear Tim Frazier tell it, the biggest show of the summer might have been the Perseid meteor shower that lights the night sky from July to August. “At night, looking up from a clear place like this, you can see up to 120 meteors an hour,” he said.

Though the retired photography professor’s work sits in the collections of New York’s Museum of Modern Art and the Art Institute of Chicago, his passion has always been astronomy.

“Well, it’s the oldest science,” he said, “because the only thing that had to happen was people look up and go, ‘I wonder …'”

Correspondent Serena Altschul asked, “At this point in your life, if you had to choose one of these loves – astronomy or photography and your love for art – which way would you go?”

“They are. And the thing is, I think through appreciation of art and aesthetics, it makes me thoroughly enjoy what I see through the telescope more, because you’re seeing a real world that is so unbelievably complex and beautiful.”

We are in something of a golden age of astrophotography. Cheaper technology (from high-powered telescopes, to computer programs to process terabytes of data) has made it easier for amateurs to capture out-of-this-world images, like this:

Boise, Idaho astrophotographer Jordan Ragsdale lets his telescope and camera run for hours, often over multiple nights, while filtering out light pollution, all to create a single useable shot.

“Every night you’re out, you run the chances of discovering a new planet potentially, discovering a new comet, a new asteroid, things like that,” Ragsdale said. “There’s been even some amateurs when they’re doing videos of Jupiter and Saturn [who] will catch collisions of asteroids into those planets.

“All the professional observatories, they don’t have cameras on every planet, every speck of the sky at all times of the day. So, there’s a lot of discovery potential nowadays, with all the new technologies that amateurs have access to, [to] find planets on other stars from their backyard, which is pretty amazing!”

Still, for casual stargazers in many parts of the country, the heavens have never been further away.  Frazier said, “Eighty percent of Americans can’t see the Milky Way from where they live. And I know when I was growing up, I just walked in my backyard and there it was. I grew up in Nashville, and when I went back recently, there’s no way you can see that now. I mean, the light pollution’s unbelievable.”

Central Idaho, where Frazier lives now, is rich with abundant natural resources, from the Salmon River to the Sawtooth Mountains. But its greatest resource might be its night skies, some of the darkest in the country.

“We have very clear air, and relatively stable air,” said Frazier. “And that makes the viewing just particularly wonderful, because the stars can be so sharp and clear.”

To protect those skies, the towns of Ketchum, Sun Valley, Stanley and others regulate outdoor lighting as part of the Central Idaho Dark Sky Reserve, one of only 16 such territories around the world.

But there is a growing threat to our dark skies: satellites. Already there are over 2,000 orbiting the earth. And billionaire Elon Musk’s company, SpaceX, wants to launch some 30,000 more as part of Starlink – the company’s ambitious plan to offer internet to the world.

This summer, thousands signed a petition saying Starlink satellites could pose an existential threat to astronomy itself.

Being able to spot objects orbiting near the Earth is of vital importance to scientists, because when a meteorite hits our planet, it can have real-world consequences.

In 2013, a meteor the size of a six-story house exploded over the eastern Russian town of Chelyabinsk, sending hundreds to the hospital.

Meteors, said professor Meenakshi Wadhwa, director of the School of Earth and Space Exploration at Arizona State University,” have shaped the course of life on our planet. We have very good evidence of course now that 65 million years ago there was a huge impact by a large meteorite, probably six miles across, which basically led to the extinction of something like 70% of all species on Earth, including the dinosaurs. And that’s what made it possible for, you know, mammals to flourish and for us humans to be here ultimately.

“Everything that we know and understand about how our planet formed, how the solar system formed, how life might have originated on our planet, all that comes from these rocks,” said Wadhwa.

So, maybe preserving our ability to see the night sky isn’t just about star-gazing or shooting stars, or even astronomy, but something deeper and more fundamental – something to consider the next time you find yourself looking up and see no stars at all.

“It’s very disruptive,” said Frazier. “And it’s disruptive for animals like us.”

“We need the dark?” asked Altschul.