5 things to know about Georgia Tech-FSU 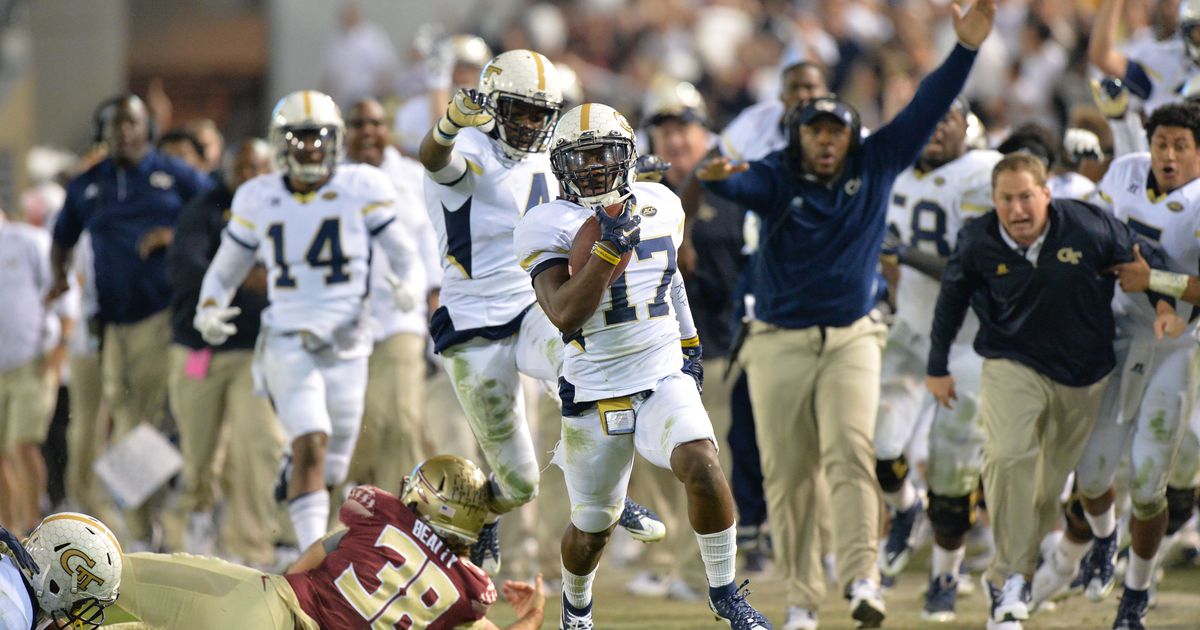 Among the indicators is Tech’s performance against the run. After giving up 215.3 rushing yards per game last season (117th in FBS), Tech figures to be better, particularly along the front. FSU was not a strong run team last season, and the Seminoles’ line has new starters at three spots.

On offense, avoiding negative plays is a key. The Jackets were tackled for loss 6.8 times per game last season, tied for 102nd in FBS. With the trouble they had protecting the passer and completing passes, the lost yards often killed drives. The onus is on the line and quarterback to consistently produce positive yards by blocking effectively and making smart decisions.

2. Matching up with a new staff

Saturday’s game will be the first at FSU for coach Mike Norvell. Just as Tech and its all-new staff presented a game-plan challenge for Clemson in the 2019 season opener, so has been the case for Collins and his staff this preseason.

Figuring out what FSU will do is a puzzle of evaluating its roster and understanding the schemes of the coaching staff – offensive coordinator Kenny Dillingham was hired from Auburn, defensive coordinator Adam Fuller came with Norvell from Memphis – and then trying to figure out how coaches would try to apply their tactics to the talent.

“So I think you have to factor all of those types of things in,” Tech offensive coordinator Dave Patenaude said. “And then see on tape, exactly, OK, these are the players that have to be on the field. As we make the evaluation, do they fit more of a three-down (lineman) or a four-down scheme? How much man are they going to play? That type of thing.”

The player who may provide the biggest test for Tech is defensive tackle Marvin Wilson. At 6-foot-5 and 305 pounds, Wilson is a mix of quickness and power who recorded 8.5 tackles for loss last season in nine games to earn first-team All-ACC honors. He pushes back pockets and sheds blocks in the run game to make tackles. Collins called him “one of the best D-tackles in college football.”

Tech’s interior trio of guards Jack DeFoor and Ryan Johnson and center Mikey Minihan will have the critical responsibility of keeping them out of the pocket and trying to create movement in the run game.

4. A different kind of feel

There will be no shortage of ways that Saturday’s game will look and feel different than in previous seasons. Attendance at 79,560-seat Doak Campbell Stadium will be capped at 19,500 as a health and safety precaution, and fans will be required to wear masks. Players, coaches and staff on the sidelines will be required to either wear a mask or, in players’ cases, keep their helmets on. Collins has been emphatic about his players distancing themselves from each other on the sideline at practice, a protocol that figures to continue in games.

The officials will use an electronic whistle, rather than the standard version, to blow plays dead. Cheerleaders and band members will not be permitted on the field.

Behind the scenes, the normal routines have been changed, too. Collins said that players will not have arranged pregame meals, but instead players can grab boxed meals and take them back to their rooms. For that matter, every player will have his own hotel room rather than sleeping two to a room.

In a non-pandemic world, Tech and Florida State were not supposed to play each other until 2022, when they would have met in Tallahassee, Fla., in the regular rotation of cross-division opponents. But they became opponents two years ahead of schedule in the revised, one-division schedule.

Regardless, it created the next game in a series that generated three of the more memorable wins of former coach Paul Johnson’s tenure. The first was the 2008 “Miracle on North Avenue” win, when safety Cooper Tayor forced a fumble just shy of the goal line and safety Rashaad Reid recovered as the Seminoles were driving for a go-ahead touchdown in the final minute, ending the Jackets’ 12-game losing streak to FSU with a 31-28 win.

The second was Tech’s 2009 win in Tallahassee, a 49-44 thriller remembered most for quarterback Joshua Nesbitt ripping the ball away from an FSU defender who himself had recovered a Tech fumble.

The last was the 2015 “Miracle on Techwood Drive” game, won on Lance Austin’s 78-yard return of a blocked field goal as time expired to upset the undefeated Seminoles 22-16 and end their 28-game ACC winning streak.