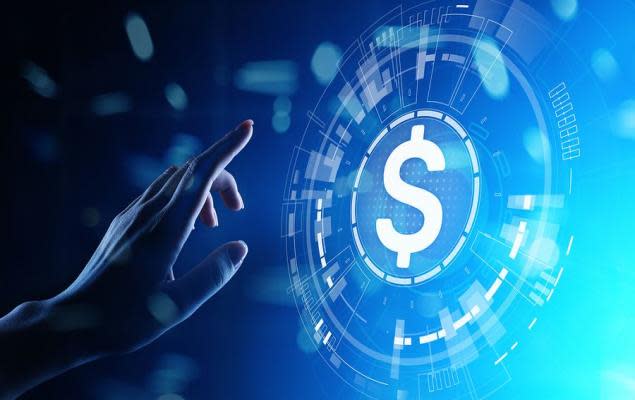 The tech-centric Nasdaq tumbled into correction territory in only three trading sessions, down 10% off its recent highs at the close on Tuesday. Many on Wall Street likely welcomed the pullback that seemed overdue to help recalibrate an overheated market.

The biggest gains from the market’s March lows have been concentrated in technology and other areas, such as e-commerce and big retail, that have proven they can grow during the coronavirus economic downturn. And the broader tech outlook remains strong given its ability to expand during the current conditions and grow for years to come in our digitally connected world.

This is part of the reason why the market bounced back on Wednesday, as investors scooped up the high-flyers such as Tesla TSLA, Nvidia NVDA, and Zoom Video ZM that were hammered over the last several days.

Wall Street has also seemed relatively pleased with economic data that continues to point to a recovery, even if things are slowing down. And the political pressure could mount to pass another stimulus bill with the election just eight weeks away. Plus, the don’t fight the Fed mantra should be etched into the minds of every investor with interest rates pinned near zero for the foreseeable future.

There could be more selling ahead and the election might cause turbulence. Nonetheless, long-term investors might want to consider adding a few safe blue chip stocks to their portfolios.

Nike has outclimbed the S&P 500 and its industry in 2020, and its pandemic performance is even stronger, up 84% off the market’s lows to easily top rival Adidas ADDYY and the S&P 500. This came despite the fact that it was negatively impacted by the coronavirus, with Q4 FY20 revenue down 38%. Wall Street looked beyond the fact that its stores were forced to close to its booming direct-to-consumer unit, with its digital sales up 75% for the period ended on May 31.

NKE has spent years transitioning to a higher-margin, e-commerce and DTC model in the Amazon age, as it watched malls and department stores fade. The sportswear giant has rolled out multiple apps and expanded its social media reach, as people shop directly on Instagram and elsewhere. Nike has also digitalized its supply chain to increase efficiency. And it has continued to invest and modernize its own stand-alone stores in strategic cities of cultural influence.

Despite the success of newcomers such as Lululemon LULU, Nike is as important in sports, culture, and fashion as ever. NKE sits just off its highs heading into the release of its Q1 FY21 results on September 22. The company’s sales and earnings outlook is trending in the right direction. Meanwhile, Nike’s 0.85% dividend yield tops the 10-year U.S. Treasury and it trades at a big discount against LULU.

Investors might want to consider Nike, which is a Zacks Rank #3 (Hold), to add to their portfolios given its ability to remain on the cutting edge. Let’s also remember that Nike is one of the world’s most valuable brands, alongside Coca-Cola KO, McDonald’s MCD, Disney DIS, Apple AAPL, and others. And Nike stock has destroyed the market over the past 10 years.

AbbVie is a powerhouse in a far different industry that might also prove to be a solid addition to most well-diversified portfolios. The pharmaceutical titan completed in May its $63 billion acquisition of Allergan plc. The deal adds Botox and other popular beauty-focused drugs to its expanding roster of therapeutics.

ABBV’s R&D pipeline is also strong. All of this should help it overcome the fact that its patent protections for one of the world’s top-selling drugs, Humira, are running out.

The recently beefed up AbbVie topped our Q2 estimates at the end of July and AbbVie stock has topped its large-cap pharma industry in 2020, as Wall Street showcased its approval of the deal. ABBV has lost some momentum recently, with the stock down around 5% over the past three months. This puts it 10% off its 52-week highs and gives it 20% more room to run before it touches its 2018 records.

AbbVie has still outpaced its industry over the last five years, up 55% against 30%. And it trades at a big discount compared to this group, at 7.7X forward earnings vs. 14.5X—ABBV also rests well below its own one-year median. Plus, investors grab the added bonus of a strong dividend yield of 5.15%. This more than doubles its industry’s average and tops Pfizer’s PFE 4.20% and Eli Lilly’s LLY 1.95%.

AbbVie is a Zacks Rank #3 (Hold) right now. Looking ahead, Zacks estimates call for AbbVie’s revenue to surge 37% in FY20 and another 18% in FY21. ABBV’s adjusted fiscal year earnings are projected to jump 17% both this year and next, as its Allergan deal helps boost its top and bottom lines.

Microsoft might not have received as much praise as other tech names recently. Yet the historic firm remains as dominant as ever. MSFT’s Office offerings are vital to businesses, students, and many others, and it has boosted its stay-at-home offerings to better compete against Zoom.

Plus, its next-generation Xbox is due out this holiday season. And perhaps most importantly, Microsoft is a leader in the booming cloud computing market and its expansion continues to drive top and bottom-line growth.

MSFT’s revenue has climbed by 12% or more in the trailing 12 quarters, with 13% sales growth in Q4 FY20 (period ended June 30). Peeking ahead, Microsoft’s fiscal 2021 revenue is projected to jump 9% and another 10% in FY22, with its adjusted earnings projected to pop 11% and 12% during the same stretch. The company’s long-term earnings estimates have also climbed since its last report.

Microsoft holds a Zacks Rank #3 (Hold) at the moment, alongside “A” grades for Growth and Momentum in our Style Scores system. MSFT’s 1% dividend yield tops the 10-year Treasury and Apple’s 0.70%. And its $137 billion in cash and equivalents gives it the ability to continue to make both small and large acquisitions. On top of that, the stock has outclimbed Facebook FB, Google GOOGL, and Apple over the last five years—barely lagging Netflix NFLX. And MSFT currently sits 10% off its recent highs.

From thousands of stocks, 5 Zacks experts each picked their favorite to gain +100% or more in months to come. From those 5, Zacks Director of Research, Sheraz Mian hand-picks one to have the most explosive upside of all.

With users in 180 countries and soaring revenues, it’s set to thrive on remote working long after the pandemic ends. No wonder it recently offered a stunning $600 million stock buy-back plan.

The sky’s the limit for this emerging tech giant. And the earlier you get in, the greater your potential gain.

Want the latest recommendations from Zacks Investment Research? Today, you can download 7 Best Stocks for the Next 30 Days. Click to get this free report