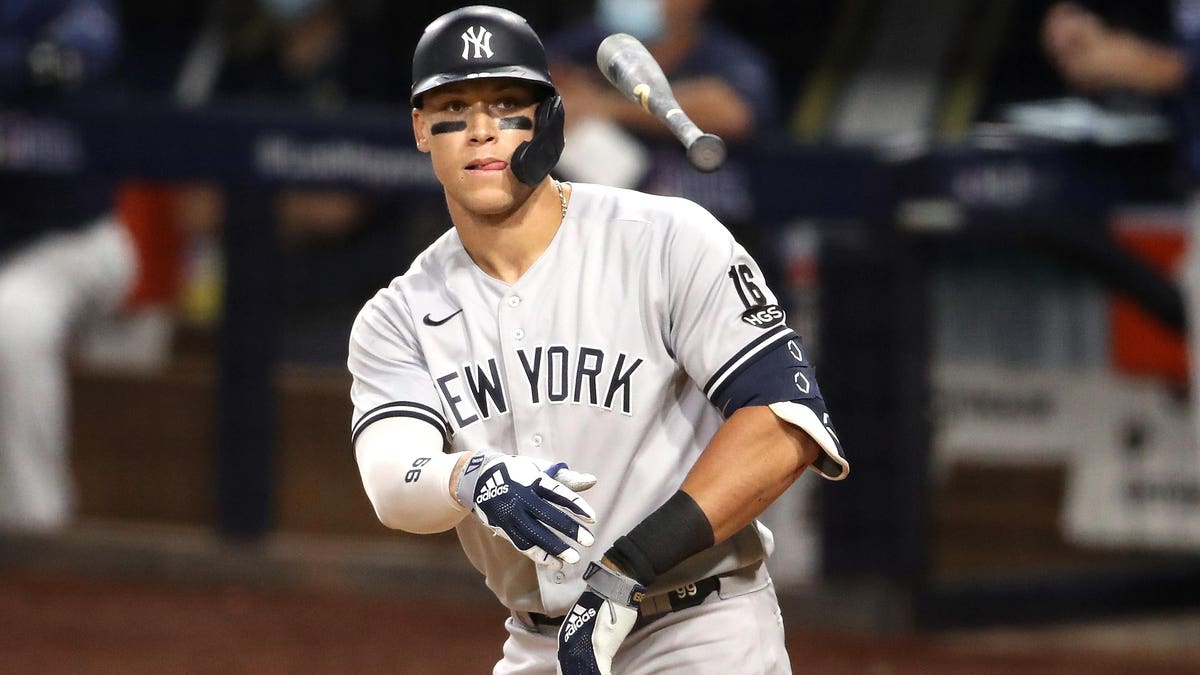 The New York Yankees have been eliminated from postseason competition and this time it is courtesy of their current rival, the Tampa Bay Rays. There is a profound sense of disappointment and frustration surrounding the Yankees as they are expected to be World Series contenders every season. However, they have not lived up to the hype for several years. The Yankees have not won an American League pennant or World Series since 2009 and have become synonymous with premature exits from the postseason. Between the 2010-2020 seasons, the Yankees have qualified for the postseason eight times and only made it to the American League Championship Series on four occasions while amassing a 28-30 record (.483 winning percentage) over 15 playoff series.

The Yankees have consistently featured a galaxy of superstars with exorbitant contracts. Over a 10-season period (2010-2019), the Yankees have paid an estimated $173.2 million in Competitive Balance Taxes and have not played a single ball game in the World Series. This past season was a roller coaster as the Yankees were defined by extended periods of inconsistency punctuated by glimpses of extraordinary potential.

As it has become far too familiar, the Yankees’ offseason planning has begun prior to Columbus Day. Even with the taste of disappointment still fresh in their mouths, the Yankees must quickly focus on re-signing free agent super utility ball player DJ LeMahieu and rebuilding their starting rotation around pitcher Gerrit Cole. This might mean exploring the possibility of signing free agent pitcher Trevor Bauer even though there is a strained relationship between him and Cole dating back to their days as college teammates at UCLA. Along with LeMahieu, a successful offseason for the Yankees must include two high quality starting pitchers to potentially replace free agents Masahiro Tanaka, James Paxton, and JA Happ.

The Yankees must confront three extremely difficult questions this offseason that will clearly make the organization and fans feel uncomfortable on a variety of levels. However, it is necessary given the World Series drought and important decisions regarding key ball players on the horizon.

Should Brian Cashman Be Held Accountable For Recent Postseason Failures?

Cashman, Senior Vice President and General Manager of the Yankees, has held this position since 1998 and has been regarded as one of the finest executives in the game. His aggressiveness and deep commitment to consistently building a championship caliber ball club is undeniable and has been applauded for years by appreciative fans. Thanks to Cashman’s efforts and Managing General Partner Hal Steinbrenner’s willingness to regularly spend unbelievable amounts of money on elite talent, the Yankees are never short on outstanding ball players and sky-high expectations.

Under the leadership of Steinbrenner and Cashman, the Yankees have warmly embraced the data and technology explosion in baseball. They are at the forefront of the analytics revolution in terms of investing resources, intellectual capital, and hiring practices. However, Cashman and fellow general managers across the sport have come under scrutiny regarding the dynamics between analytics and the role of a major league manager. The surprising decision to start rookie pitcher Deivi Garcia in Game Two of the American League Division Series and only allow him to pitch one inning raised the question of who is in charge of the dugout: the manager or general manager’s analytics team? Will we now see analysts fired like coaches if ball clubs fail to achieve winning objectives?

Cashman is a survivor in every sense of the word as he has endured years of verbal abuse, horrific stress, and ridiculous power struggles within the Yankees. He ardently fought for authority and responsibility while building exceptional ball clubs as general manager for 23 seasons which produced four World Series championships (1998-2000, 2009) and six American League pennants (1998-2001, 2003, 2009). He is currently in the midst of a five-year, $25 million contract which expires after the 2022 season. Should Cashman be held accountable for the Yankees’ recent postseason failures and World Series drought that is now 11 seasons?

Is Aaron Judge The Future Of The Yankees And Can They Afford Him?

Right fielder Judge possesses every character trait that one looks for in an iconic Yankees ball player. The only thing holding him back from reaching his maximum potential and the pantheon of greatness in the Bronx is health and timing. Judge will be in his second year of arbitration eligibility in 2021 which means there will be negotiations this offseason. In his first year of eligibility in which both sides avoided arbitration, Judge signed a one-year, $8.5 million contract which was prorated to $3,148,148 due to the abbreviated 60 game regular season schedule according to Cot’s Baseball Contracts. He will not be eligible for free agency until the 2023 season in which Judge will be 31 years old.

The Yankees have serious long-term financial commitments to Cole and designated hitter Giancarlo Stanton if he decides not to opt out of his contract at the conclusion of this season. Also, Major League Baseball’s current Collective Bargaining Agreement expires in December 2021 and the economic landscape might be vastly different throughout the sport. Can the Yankees afford another long-term, $300 million contract? Can Judge remain injury-free over the next two seasons? If so, will the Yankees have a high level of comfort giving Judge a record-setting contract for a ball player north of 30 years old with an injury history?

Is It Time To Move On From Gary Sanchez?

Catcher Sanchez hit 10 home runs over 156 at bats but produced a -0.5 Wins Above Replacement (WAR) according to Baseball-Reference.com’s calculation during the 2020 season. His defensive liabilities and prolonged offensive struggles have caused great concern among fans and the Yankees’ brain trust. He started two ball games during the 2020 postseason and had nine plate appearances with his only hit being a two-run home run. The 27-year old Sanchez is entering his second year of arbitration eligibility after agreeing to a one-year, $5 million contract last year which was prorated to $1,851,852 according to Cot’s Baseball Contracts. Is he a candidate to be traded for a starting pitcher? Will the Yankees entertain the possibility of pursuing free agent catcher JT Realmuto if they are able to move Sanchez?

Obviously, the New York Yankees will also have other conversations of interest regarding several noteworthy ball players involved in the salary arbitration process and free agent targets this offseason. However, it seems as if there are genuine concerns regarding Gary Sanchez’s future in the Bronx. Can a healthy Aaron Judge blossom into the next iconic slugger and play his entire career in pinstripes? Is Brian Cashman still the best person to build the next great championship ball club for the Yankees or is it time for a new voice?