20 Minutes With: Hypergiant Industries’ Chief Ethics Officer Will Griffin on Diversity and Ethics in Technology 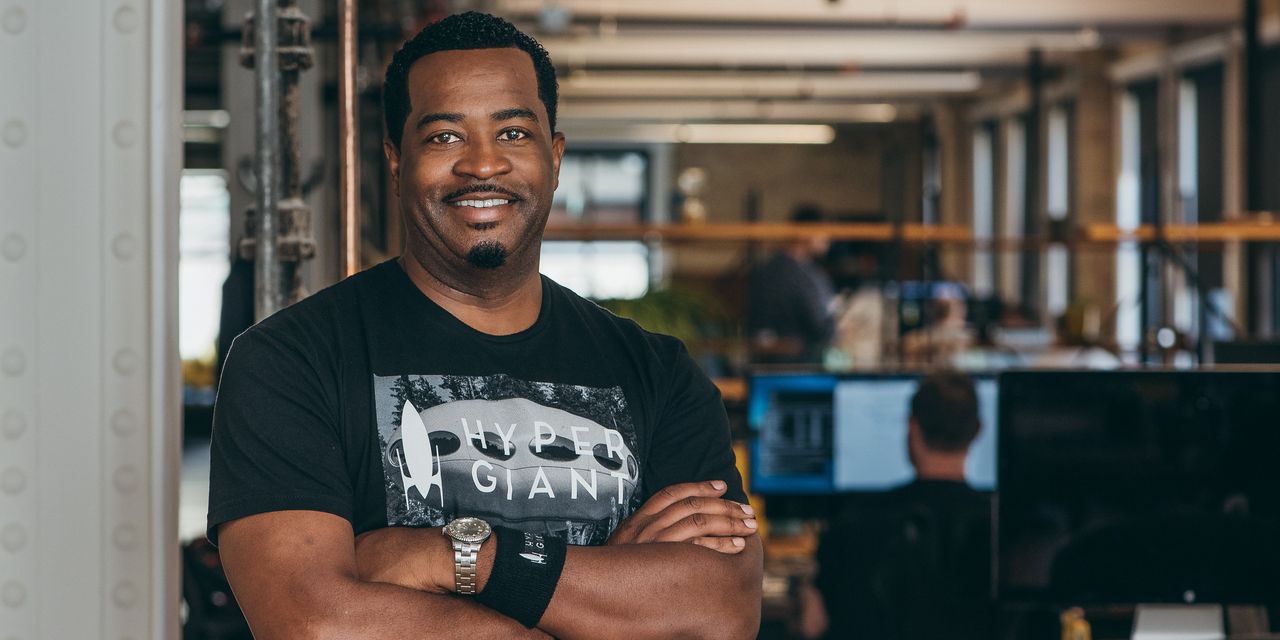 The blistering pace of the development of artificial intelligence (AI) and other new technologies follows the old “move fast, break things” mantra of the tech business, which often favors getting something to market before considering the broader implications of the role a product could play in society.

Griffin, 49, has been at the
Austin
-based AI company just over a year (he was previously at the NAACP Legal Defense Fund and the Urban Institute, among other roles), and in that time has helped Hypergiant hone a code of ethics that directs how it does business and the solutions it offers its public and private sector clients. Ethics have long played a backseat role in tech but are now rapidly ascending as new initiatives consider, among other things, privacy and data use.

Diversity was a central tenet of ethics long before the Black Lives Matter (BLM) movement, but has taken center stage as companies around the world announce plans to make their workforces more representative of the populations they serve.

Penta spoke with Griffin to learn about his evolving role in the AI world and where tech needs to focus its efforts to create real improvement in workforce and business diversity.

PENTA: What kind of crossover into diversity considerations does your role as Chief Ethics Officer have?

Will Griffin: In our world, diversity is an ethics issue. Ethics are the core values of who you are as a person, establishing what you believe is right and wrong. This is a big part of how we view ethics at Hyperigant. With every AI use case, I go through and help our developers, designers, and strategists perform ethical vetting to understand the broader implications of their solutions. Much of the credit of our ethical framework goes to [Hypergiant founder]
Ben Lamm
, delivering as he says, “the future we were promised.” We have been promised major efficiencies, reducing reliance of fossil fuels, and building climate change solutions, and ethics has been meshed into that workflow.

Our process is unusual. In a lot of companies, ethics are similar to compliance, so they come in after solutions are developed. So much inertia goes toward a particular solution that it becomes difficult to consider ethics once something is out there. Ethics are early in our process here, so they’re baked into the solutions we create. It makes for robust solutions to our clients’ problems and also solutions that can withstand public scrutiny.

How do you start and progress the conversation for those who may not have considered the ethical ramifications of not working toward more diversity either in their company or the industry as a whole?

At our company, it’s not client dependent. If you depend on the client, that will make your ethics situational. At Hypergiant, our ethical reasoning is about who we are, our values. When I talk about our workflow, the client is choosing between a set of solutions that have already gone through our ethical vetting. This process gives us a competitive advantage.

Our reputation for ethical solutions is so timely because of the pandemic and how AI is being implemented in contact tracing and with facial recognition in law enforcement. Especially with the BLM movement, we’re starting to see what happens when the technology hasn’t been ethically vetted. IBM, Microsoft, and Amazon have issued moratoriums on the technology. This shows how ethical vetting doesn’t stifle innovation, but can create more robust solutions if that vetting had been done prior to release.

Considering the current national social climate, what do you think are some of the most productive conversations and actions that could create long-term sustainable solutions?

As a venture capitalist, you should know African-Americans want the same deal that you would want for yourself. They want to get funded, innovate, and be rewarded for their innovation. But how do you get rewarded? You receive equity as a founder, part of a founding team, C-level executive and/or board member. Or, you’re an equity partner at a VC firm that makes investments. So in order for there to be meaningful change, African-Americans have to be in these roles in ventures.

The interesting thing I’m seeing is a lot of companies and people investing in bootcamps, internships, et cetera, but you don’t see a lot of those important high-level position announcements.

I like to use this analogy: In terms of innovation and scaling,
Elon Musk
and entrepreneurs in Silicon Valley get to run the 100-meter dash to equity and wealth, but most of these entry-level programs are marathons that put you so far away from the payday in the industry. The most successful stories in tech are of those who either dropped out of college or were right out of college, so when the industry thinks they’re addressing these problems, they’re actually investing in marathons, but African-Americans want to run those same sprints as Musk. You want to offer the same tools that lead to the same opportunities that other successful entrepreneurs have.

When you advocate for giving African-Americans equity stakes, do you think that should be for any Black employee that joins or do you see a specific way that minorities should be given extra assistance to help make the jump to those high-level positions?

These same people running the billion-dollar P&L’s aren’t being recruited to run companies. This is a founder/board/VC issue. Those are the people in the positions to be the
Branch Rickeys
. While HR & diversity teams are important for building the talent pipeline, this is squarely on the back of those at the highest positions, those who make the investment decisions.

How do you help these leaders at the highest level understand the value of the “sprint” over the “marathon”?

When it comes down to it, these are not just business issues, these are societal issues. BLM is basically saying that our institutions are not equal in the way they function and that legitimacy is at stake. The combination of the pandemic and Wall Street at record highs, juxtaposed against the millions who are unemployed and not feeling like our current system is set to help them succeed. In fact, many are making the argument that the institutions are actually set-up against them.

I am a capitalist and I believe in our economic system, but I believe it functions best when it expresses our highest deals: life, liberty, and the pursuit of happiness—for everyone and making that possible for everyone. When we’re not moving fast enough to support these ideals, it spurs people to question the legitimacy of their institutions and that’s a big reason why you’ve seen so many corporations make 9- and 10-figure commitments to address systemic racism in their industries.

Is there anything that you think people miss when discussing diversity?

The one point I would make is that when it comes to diversity or race relations, a lot of decision makers make the mistake of knowing a lot about African-American history and culture, but not acting on their own values. I compare it to understanding the implications of the 1989 Tiananmen Square protests. I don’t need to know anything about China or Chinese culture to know how those events affect your values as a person—I want to be in a world with more freedom, more justice, more equality.

It’s your own values that can put change into motion in this industry. Diversity doesn’t create opportunity alone. Your values allow you to be more of who you want to be, and simply, it allows America to be more American. When I hear a conversation start with “I didn’t know many Black people growing up” or “there aren’t enough Black people in Silicon Valley,” the point-of-view should be, “I was taught everyone was equal and that everyone should have the same opportunity.” It’s irrelevant if you grew up around Black people. If freedom and equality are your values, you should want that for everyone you meet.