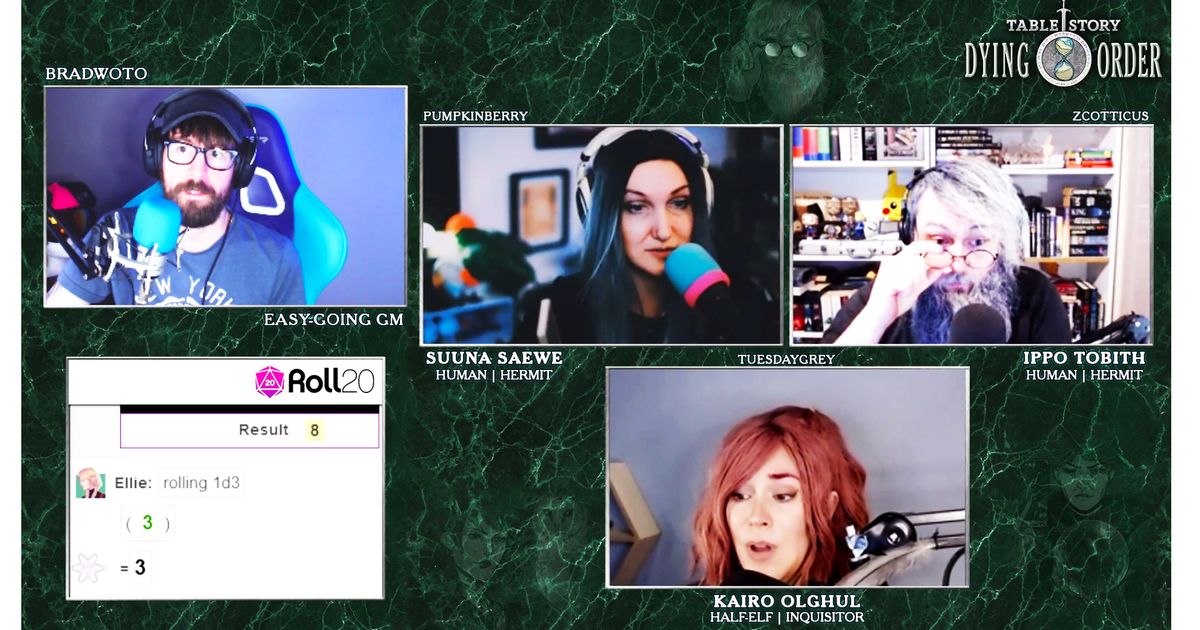 As a tech writer for the Strategist, Jordan Bowman covers everything from headphones to speakers to computers (and also happens to be interested in menswear and photography).

Maybe it’s because of all the extra time we’ve had at home during quarantine, but over the last few months, people have been logging onto sites like Twitch and Facebook Gaming (where you can watch people play Minecraft or narrate old wrestling videos) more than ever: In July, our sister site, the Verge, reported that viewership on streaming sites “grew to 5 billion hours watched between April and June,” a 50 percent increase from the first quarter of 2020. And it’s not just gamers who are getting the attention. People are watching all sorts of things — from tabletop role-playing games to arts and crafts to sculpting to live animation to a bike messenger fearlessly weaving in and out of New York City traffic.

To find some of the best non-gaming streaming channels, I started by shooting a message to Bijan Stephen, a writer at the Verge who covers Twitch. His favorite was Tablestory, a channel dedicated to tabletop RPGs. So after checking out Tablestory, I asked a producer and host on that channel, Sara “Pumpkinberry” Paige, to recommend her favorite streamer. She likes a channel that follows a woman creating an animated film live on Twitch, so I asked the host of that channel to recommend her favorite. And so on. The result is a list of 12 of the best non-gaming streaming channels available right now, according to seven non-gaming streamers and two Verge writers.

If you’re a fan of a particular streamer, you can support them by subscribing to their channel for $5 a month. Or you can join Twitch Prime for $12.99 a month (after a 30-day trial). It includes all the benefits of Amazon Prime along with a $5 monthly subscription credit to use on any channel. (If you already have Prime, you are a Twitch Prime member.) You also get some digital rewards like specialized emoji, badges, and ad-free viewing.

What it is: Hosts and participants create characters and settings for role-playing games, and nearly every stream unfolds into a chaotic and fun storyline. “We focus on production quality and narrative,” Pumpkinberry says. “Our shows are character driven, and have pacing similar to that of live television.”

Why he likes it: “Good, live roleplaying on Twitch is very very difficult!”

What it is: Mirggles follows Miranda Quesnel, a storyboard artist and animator, as she creates an animated movie. (“It’s a fantasy/realism film about mental health,” she says.) She also streams illustrations and tutorials and hosts general chats with her online community.

Why she likes it: “It’s really amazing to see the process. The music she plays is relaxing, and she answers questions frequently. It’s a joy to watch.”

What it is: Host Dominike Stanton is a professional comic-book artist revealing the process behind his comics and sketches. He typically works with pen and paper as opposed to a more modern drawing tablet. “I think a lot of people enjoy comics, but don’t know everything that goes into professional comics making, so I bring that to my stream,” he says.

Why she likes it: “Domo is a phenomenal artist. He’s worked for Boom! Studios, Viz Media, Marvel comics and DC comics. His work is stunning.”

What it is: Sculptor Christopher Notbusch started streaming the creation process behind his art back in 2011. “I combined my passions for sculpting and for video games by sculpting game characters live with a camera strapped to my chest for a good point of view,” he says.

Why she likes it: “He’s super-skilled at what he does, and very informative about his process. It’s really cool to see a master at work, especially with his mounted webcam, which lets you see the details up close.”

What it is: A family-friendly crafting channel that focuses on creative LEGO builds. BrickinNick often builds figures from popular games like Apex Legends, Zelda, or Fortnite, or movies like Black Panther. He also hosts a series called Battle of the Bricks, where competitive builders get the chance to race against each other in a timed challenge.

Why she likes it:  “He builds from scratch, demos kits, and sometimes takes requests.”

What it is: “Moon is an incredibly talented illustrator who works in traditional media for books and graphic novels,” Quesnel says. Most streams focus on her illustrations and ongoing art projects.

Why she likes it: Quesnell describes Moon as laid back and quirky. “Her streams are full of joy, and she is incredibly welcoming, professional and talented.”

What it is: A New York City bike deliveryman named Michael (nicknamed “Miekii”) straps a camera to his body as he zigzags through the streets, narrating his appreciation of specific locations within the city.

Why they like it: “He sets up his camera just below his chin so we get somewhat of a real first person POV of what it’s like to bike around New York,” Stanton says. “Even in the scoop of IRL streams, he really stands out.” Stephen actually wrote an entire story for the Verge on why Miekii’s stream brings him so much joy and comfort. “At every stop, he never fails to point out why he likes that particular part of the city. It’s not a tour, exactly. It’s more of an active, vocal appreciation for a place he clearly loves. It’s calming,” Stephen writes.

What it is: Tae Ha Kim builds mechanical keyboards live. His stream takes a laid-back approach, where he questions his decisions and asks viewers to help him solve some of the random problems that pop up while he builds top-of-the-line mechanical keyboards.

Why he likes it: “One commenter referred to Kim as the ‘Bob Ross of keyboard making,’ and it’s an appropriate assessment,” Statt says in a story he wrote about Kim for the Verge. “He walks through each step slowly and accentuates the precision involved in, say, soldering the key switches onto the printed circuit board. He also fields live questions from his Twitch chat about his work, the parts he finds, and why he enjoys doing what he does. All the while, light lounge music plays in the background.”

What it is:  Also a mechanical-keyboard builder, Alexander “Alexotos” Medeot streams himself tinkering with the various parts that go into making custom keyboards.

Why they like it: “He’s almost always doing a new and interesting build, and it’s incredible to watch him put these things together,” Pumpkinberry says.

What it is: Mr. Horologist is a professional — as you might have guessed — horologist who deconstructs, fixes, and rebuilds watches live for viewers.

Why he likes it: Like mechanical keyboards, watches highlight the intricacies of small devices. “If you’re into watches at all or just want to learn about the internals of a watch and/or how to maintain them, Mr. Horologist is the channel to watch,” Kim says.

What it is: Singer and classically trained violinist Justine Griffin often covers songs with her violin during her mostly improvisational sets. She also takes requests.

Why he likes it: “There’s tons of singers and musicians on Twitch, some with a lot more notoriety. But Justine’s look, her sound, her constant learning on the go, and her improv playing really stands out.”

What it is: DJ Lostie streams herself spinning popular underground house music.

Why she likes it: “It’s really neat to see the DJ work, but also it’s great to have some live music from the comfort of your desk. Every stream is a different set.

get the strategist newsletter

The Strategist is designed to surface the most useful, expert recommendations for things to buy across the vast e-commerce landscape. Some of our latest conquests include the best acne treatments, rolling luggage, pillows for side sleepers, natural anxiety remedies, and bath towels. We update links when possible, but note that deals can expire and all prices are subject to change.