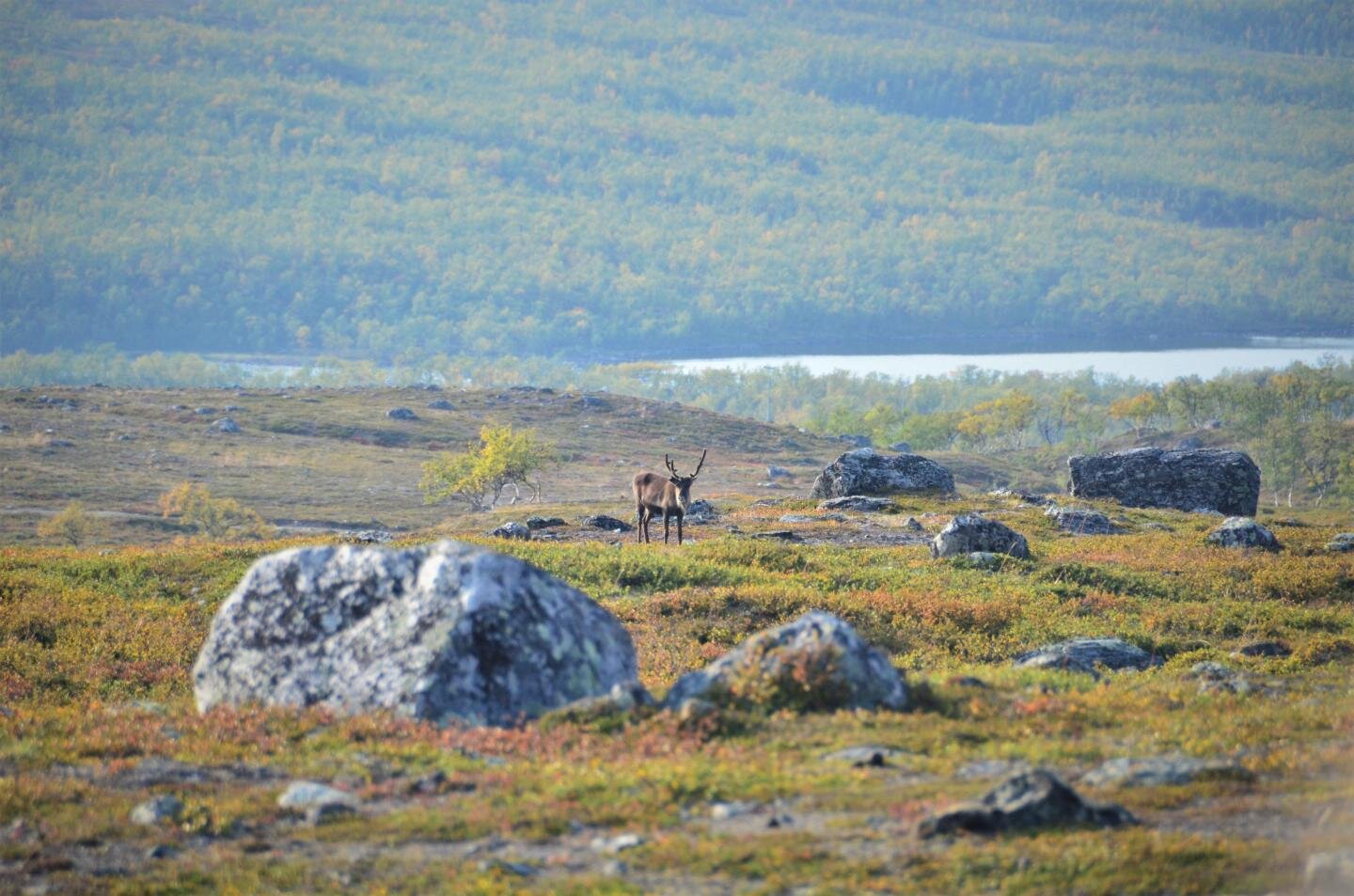 “The Arctic tundra is one of the coldest biomes on Earth, and it’s also one of the most rapidly warming,” said Logan Berner, a global change ecologist with Northern Arizona University in Flagstaff, who led the recent research. “This Arctic greening we see is really a bellwether of global climatic change—it’s a biome-scale response to rising air temperatures.”

The study, published this week in Nature Communications, is the first to measure vegetation changes spanning the entire Arctic tundra, from Alaska and Canada to Siberia, using satellite data from Landsat, a joint mission of NASA and the U.S. Geological Survey (USGS). Other studies have used the satellite data to look at smaller regions, since Landsat data can be used to determine how much actively growing vegetation is on the ground. Greening can represent plants growing more, becoming denser, and/or shrubs encroaching on typical tundra grasses and moss.

When the tundra vegetation changes, it impacts not only the wildlife that depend on certain plants, but also the people who live in the region and depend on local ecosystems for food. While active plants will absorb more carbon from the atmosphere, the warming temperatures could also be thawing permafrost, thereby releasing greenhouse gasses. The research is part of NASA’s Arctic Boreal Vulnerability Experiment (ABoVE), which aims to better understand how ecosystems are responding in these warming environments and the broader social implications.

Berner and his colleagues used the Landsat data and additional calculations to estimate the peak greenness for a given year for each of 50,000 randomly selected sites across the tundra. Between 1985 and 2016, about 38% of the tundra sites across Alaska, Canada, and western Eurasia showed greening. Only 3% showed the opposite browning effect, which would mean fewer actively growing plants. To include eastern Eurasian sites, they compared data starting in 2000, when Landsat satellites began regularly collecting images of that region. With this global view, 22% of sites greened between 2000 and 2016, while 4% browned.

“Whether it’s since 1985 or 2000, we see this greening of the Arctic evident in the Landsat record,” Berner said. “And we see this biome-scale greening at the same time and over the same period as we see really rapid increases in summer air temperatures.”

The researchers compared these greening patterns with other factors, and found that it’s also associated with higher soil temperatures and higher soil moisture. They confirmed these findings with plant growth measurements from field sites around the Arctic.

“Landsat is key for these kinds of measurements because it gathers data on a much finer scale than what was previously used”, said Scott Goetz, a professor at Northern Arizona University who also worked on the study and leads the ABoVE Science Team. This allows the researchers to investigate what is driving the changes to the tundra. “There’s a lot of microscale variability in the Arctic, so it’s important to work at finer resolution while also having a long data record,” Goetz said. “That’s why Landsat is so valuable.”