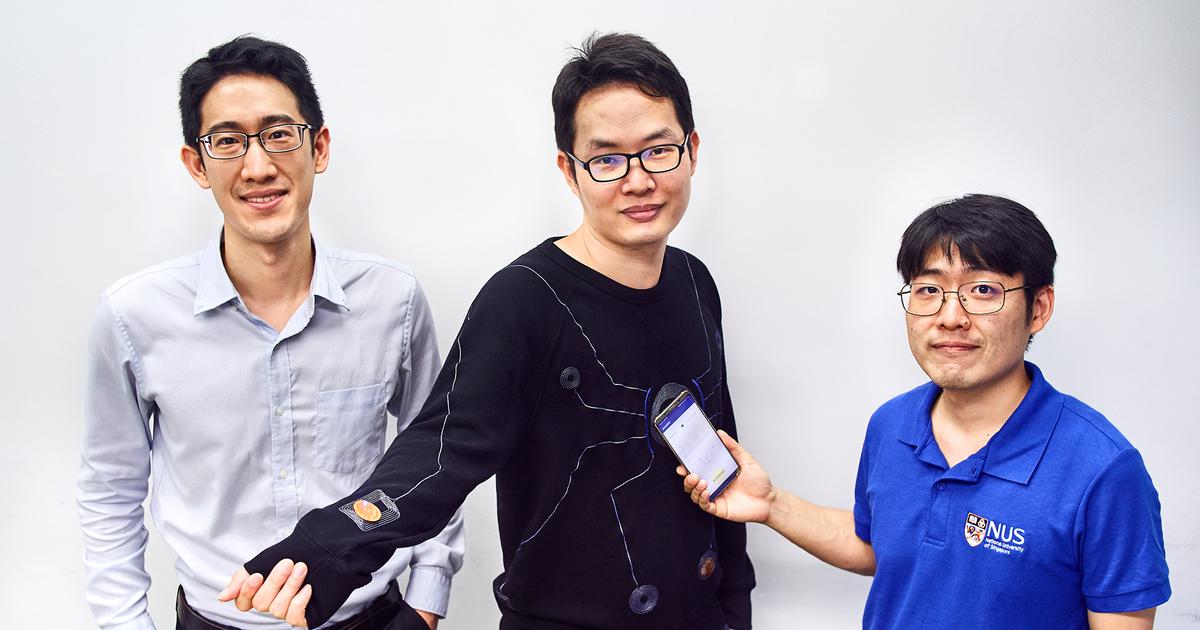 When it comes to tracking an athlete’s performance, a single wearable sensor doesn’t always provide much information, yet multiple hard-wired sensors restrict movement. That’s a where a new sensor suit comes in – and it’s powered by a smartphone.

Developed by a team at the National University of Singapore, the battery-free garment contains multiple custom-made sensors that are linked together by conductive thread that’s sewn into the fabric.

When a smartphone is placed on or near one of the conductive coils of that thread, its NFC (near-field communication) signal temporarily powers up the sensors, allowing them to transmit stored readings back to the phone. That data is then displayed on the device’s screen.

In its present prototype form, the outfit can support up to six sensors per smartphone. These provide data on factors such as running gait, body temperature and spinal posture. The latter is particularly important, as the university states that “spinal posture is an integral part of developing a solid athletic stance which is often overlooked due to the difficulty in collecting real-time data.”

Once developed further, the technology could also be used in medical garments that assess spinal disorders, or that continuously monitor patients’ vital signs. And if used in sportswear, it could not only assess performance, but also warn wearers if they’re in danger of overheating.

“Our smart suit works with most modern smartphones, which act as both the source of power as well as the display to view the sensor data,” says the lead scientist, Asst. Prof. John Ho. “The creation of a smart suit that can be powered using built-in smartphone wireless technology is a major breakthrough.”