Public Views About Science in the Netherlands 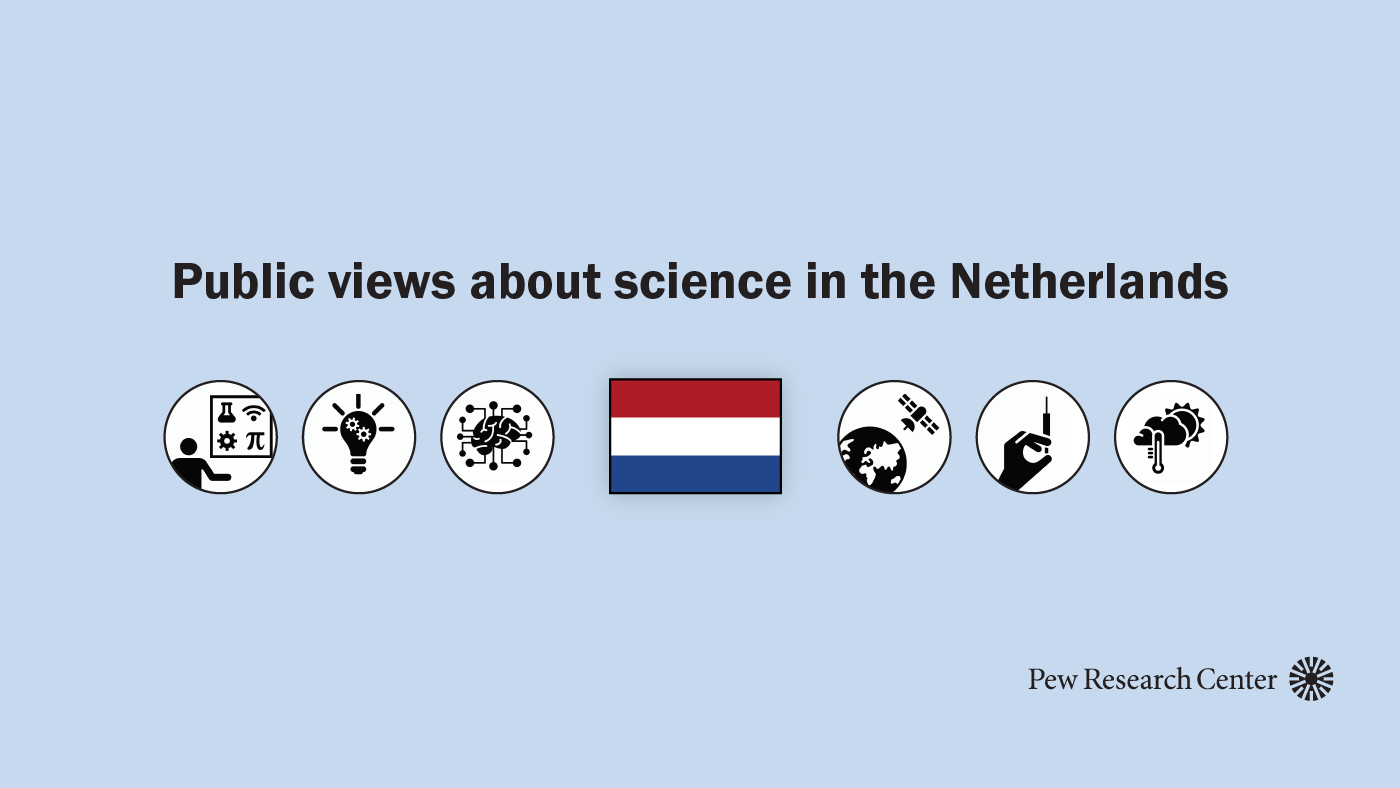 This roundup of findings shows public views about science-related issues and the role of science in Dutch society. The findings come from a Pew Research Center survey conducted across 20 publics in Europe, the Asia-Pacific, Russia, the U.S., Canada and Brazil from October 2019 to March 2020.

Ratings of medical treatments, scientific achievements and STEM education in the Netherlands

Majorities in most of the 20 publics surveyed saw their medical treatments in a favorable light on the eve of the global pandemic. Medical treatments were often seen more favorably than achievements in other areas. 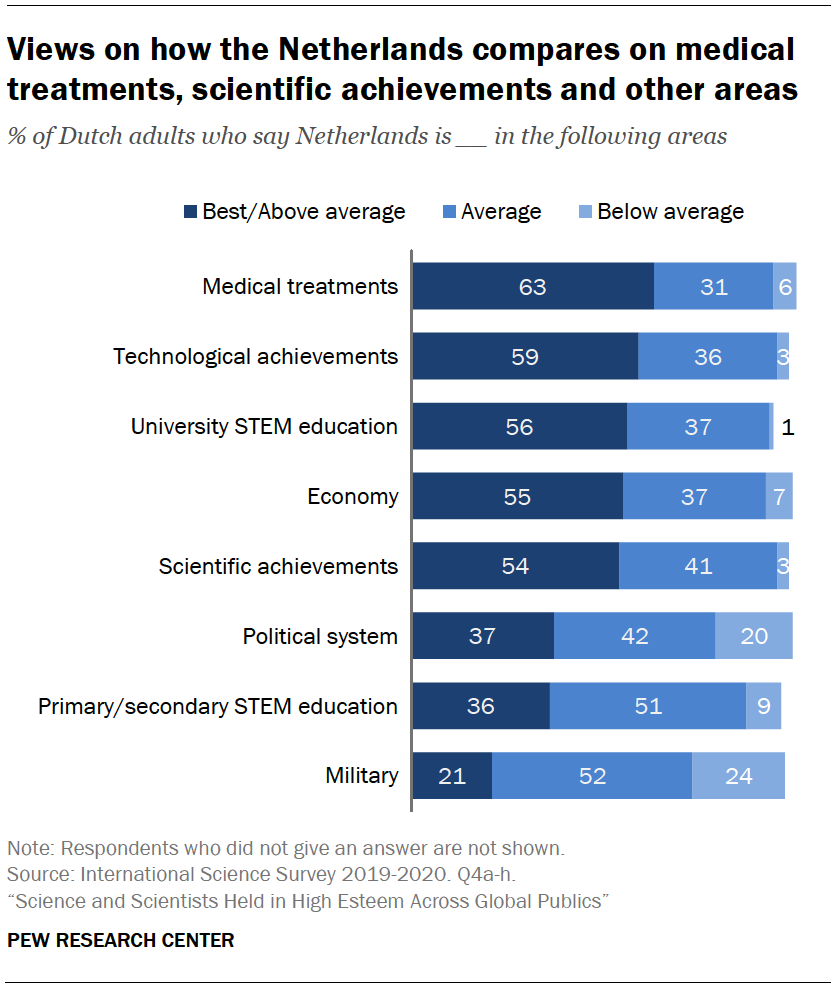 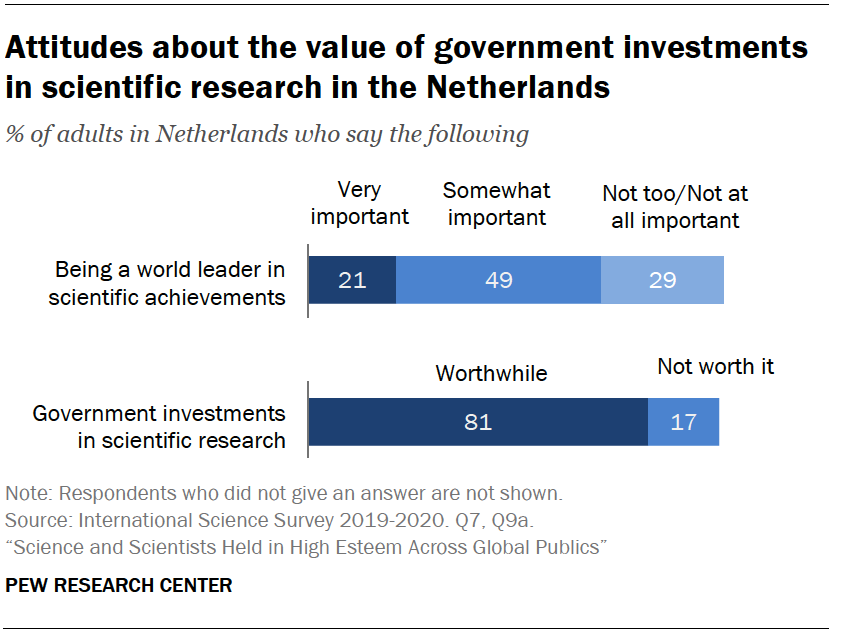 Majorities in all publics agree that being a world leader in scientific achievement is at least somewhat important, but the share who view this as very important varies by public. A 20-public median of 51% place the highest level of importance on being a science world leader. In the Netherlands, only 21% say being a world leader in scientific achievements is very important, the lowest share among 20 publics surveyed.

Views on artificial intelligence, food science and childhood vaccines in the Netherlands 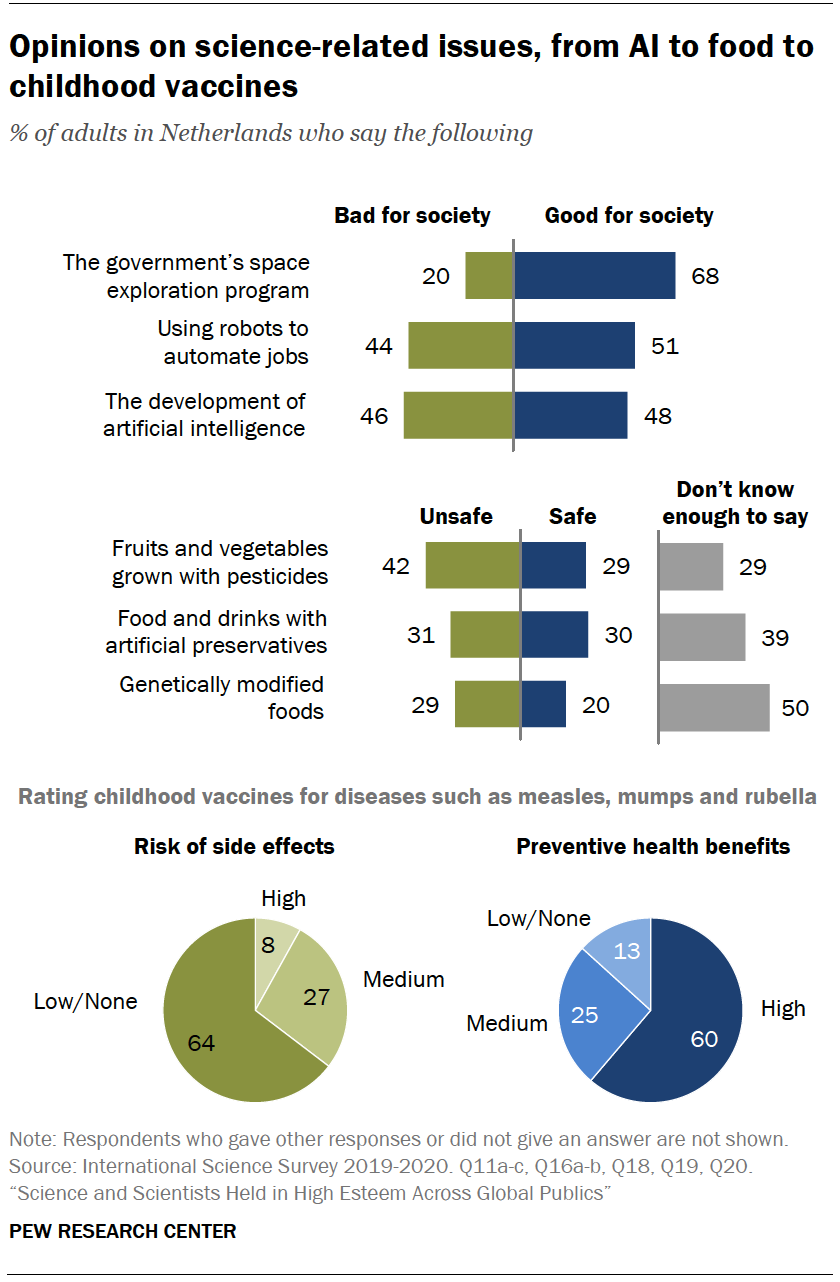 When it comes to childhood vaccines such as the measles, mumps and rubella (MMR) vaccine, a median of 61% say the preventive health benefits of such vaccines are high, and a median of 55% think there is no or only a low risk of side effects. Six-in-ten Dutch adults say the preventive health benefits from the MMR vaccine are high; 64% half rate the risk of side effects from the MMR vaccine as low or none.

Views on climate and the environment in the Netherlands 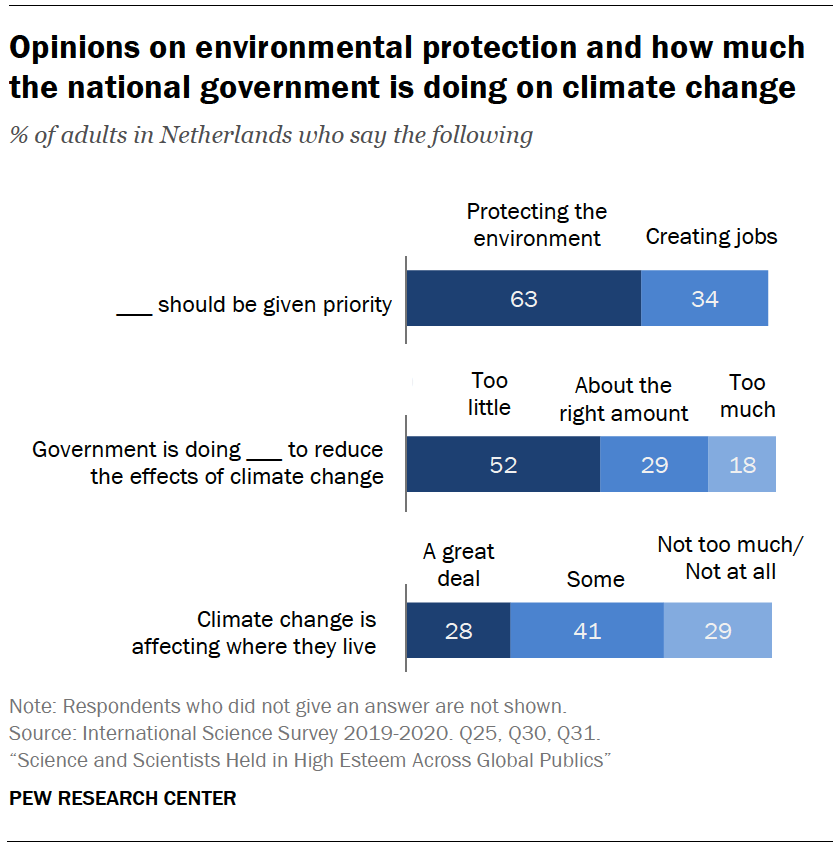 Public concern about global climate change has gone up over the past few years in many publics surveyed by the Center.

All surveys were conducted with nationally representative samples of adults ages 18 and older. Here is the survey methodology used in each public.