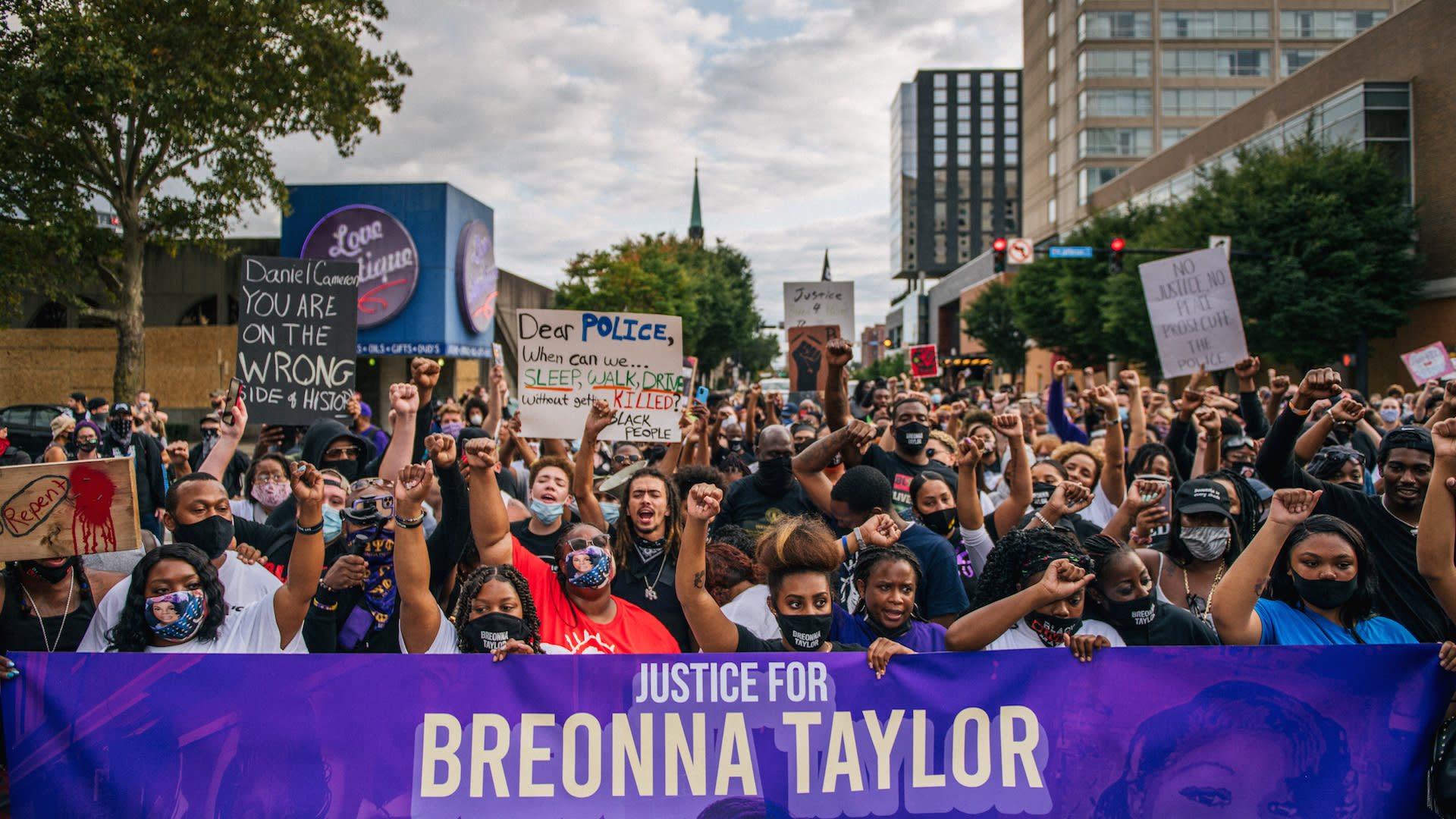 VICE News obtained footage and documents that have not previously been released on Saturday. The footage was captured by 45 different body cameras and was part of an investigative file compiled by the LMPD’s Public Integrity Unit that was shared with the state’s attorney general’s office. It shows that several policies were violated by the responding officers including that none of the officers were paired with an escort officer.

“I’ve never seen anything like this,” a former, unnamed Louisville police officer told VICE News. “This is not how it’s supposed to work.”

Adding to this, the footage shows that the main suspects in Taylor’s murder—Detectives Brett Hankison, Myles Cosgrove, and Mike Campbell, and Lieutenant Shawn Hoover—were still allowed to be on the scene even after SWAT officers declared Taylor dead and the residence an active crime scene.

The footage also serves as evidence that supports Taylor’s boyfriend, Kenneth Walker’s, testimony. The ballistic report that was released along with the footage counters Attorney General Daniel Cameron’s claims that Walker shot a police officer during the no-knock warrant that resulted in Taylor’s death. Cameron ruled out “friendly fire” but the report from the Kentucky State Police says that it could neither confirm nor deny that Sgt. Jonathan Mattingly was shot by Walker “due to limited markings of comparative value.”

So far, no one has been held accountable for Taylor’s murder. Sgt. John Mattingly and Detective Myles Cosgrove were hit with first-degree wanton endangerment charges on Wednesday for the bullets that missed Taylor and could have harmed other people. This decision was seemingly based on the evidence/footage that has now been proven to be part of layers of misconduct.

Sign up for the Complex Newsletter for breaking news, events, and unique stories.