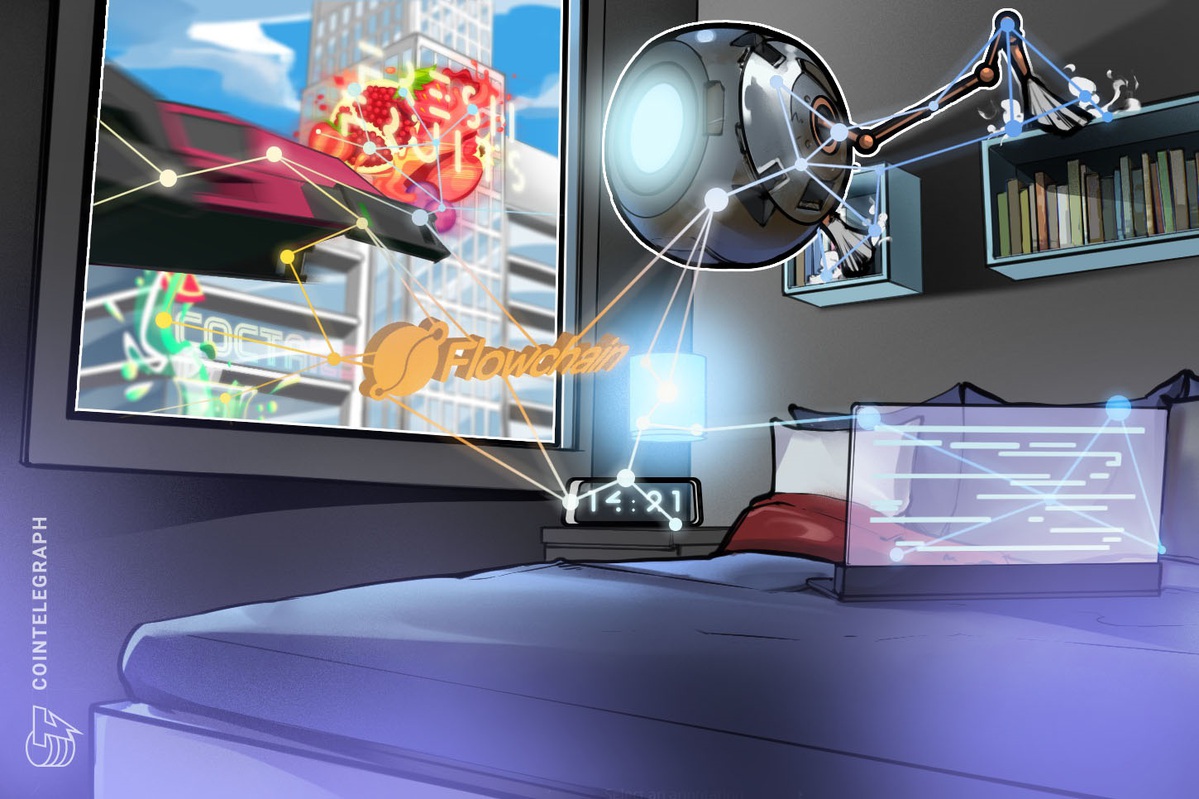 More than 150 billion Internet of Things devices are going to be in use worldwide by 2025 — and now, a blockchain specifically designed for IoT has been built from scratch.

The project claims it has created a “new blueprint for the future” that marries IoT and artificial intelligence, all through the adoption of blockchain technology.

In a white paper, the Flowchain team says one of the biggest advantages of its blockchain is data privacy. Discussing the challenges that exist with the infrastructure that’s relied on right now, they wrote: “When people transfer IoT data to a specific IoT platform, they lose control of valuable data ownership, usage rights, and storage.”

Instead, they have created a “hybrid blockchain” that is a combination of private and public networks. Flowchain has also built a decentralized computing pool where miners around the world can share their idle computing power and excess storage space, helping to ensure IoT and AI applications run quickly and smoothly.

Moreover, the business has created a software development kit so IoT companies and developers “can easily customize their products and services and build their own IoT blockchain on the Flowchain platform.”

A long time in the making

Flowchain initially launched its token sale all the way back in 2018 after successfully completing research, development and prototyping. Since then, it has released a series of peer-reviewed academic papers that illustrate how its technology works.

One of the most compelling arguments for its approach lies in how talented developers can now enter the IoT industry with relatively low operating costs — using Flowchain to build products and services that will benefit the public at large.

This isn’t the only innovation that Flowchain has been working on. Given the explosion that’s been seen in the DeFi industry, work has also been underway to build a decentralized digital asset trading platform known as DEXToken Governance Protocol.

At the heart of this concept is something known as the Speculative Automated Market Maker — an algorithm that can establish pricing power and result in the creation of the “next cryptocurrency ecosystem.”

Speculative AMM is designed to tackle the issue of over-speculation, “smoothing out” strong price fluctuations. It is hoped that this universal model will end up estimating the price of tokens, providing a scientific minting model for deflationary tokens. Part of its core function is to determine an asset’s value (price) based on the asset’s volatility, the team adds.

As a separate white paper explains: “In today’s cryptocurrency market, ‘whales,’ exchanges, and speculators hold the majority of pricing power. The Speculative AMM establishes price valuation models based on the properties of a blockchain network: Users, transaction needs, platform utilization rate, interest rate, and other characteristics.”

To support this project, a new governance token known as DEXG has been created — a “theoretically perfect” token that has low volatility characteristics. This ERC-20 token will initially have a supply of 20,000, with a theoretical maximum of 200,000.

Disclaimer. Cointelegraph does not endorse any content or product on this page. While we aim at providing you all important information that we could obtain, readers should do their own research before taking any actions related to the company and carry full responsibility for their decisions, nor this article can be considered as an investment advice.