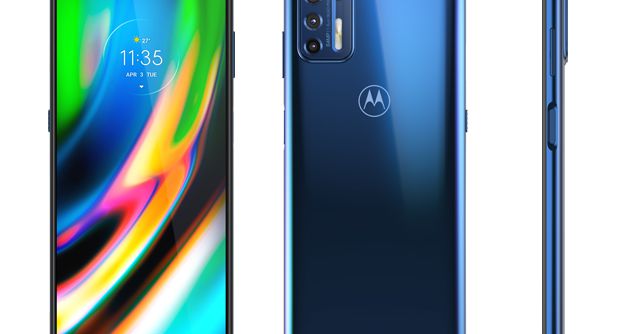 It looks like Motorola is about to announce a second entry in its budget G9 phone lineup, just weeks after it revealed the Moto G9 Play. The Moto G9 Plus has appeared in a listing on Orange Slovakia’s website that was spotted by WinFuture’s Roland Quandt. According to the listing, the €255 (about $300) phone will have four rear cameras, including a 64-megapixel main camera, and a massive 5,000 mAh battery.

Although Motorola’s recent flagship phones like the Edge Plus and foldable Razr have been average at best, its budget lineup of G-series phones like the recent G Stylus and G Power have continued to offer great value. Their cameras are generally good for the price, battery life is excellent, and the company makes sensible tweaks to the Android operating system in its software.

The Orange listing says the Moto G9 Plus will have a 6.81-inch 1080p display, 4GB of RAM, 128GB of storage (expandable via microSD), and will run Android 10 out of the box. There’s no mention of the resolution of its other three rear cameras. Around the front there’s a hole-punch notch for its selfie camera, confirming the design that was leaked by Evan Blass last month.

The G9 Plus looks set to be either the second or third entry in Motorala’s Moto G9 lineup, depending on how you count them. Last month it announced the Moto G9 Play in Europe, which is more or less identical to the Moto G9 it announced for the Indian market the previous day.

The Moto G9 Play is a little cheaper than the G9 Plus, with a European price of €169.99. It’s got a smaller 6.5-inch 1080p display, a triple-camera array with a main sensor that’s just 48-megapixels in resolution, and a Snapdragon 662 processor. (XDA Developers notes that, in contrast, the G9 Plus is expected to use the more powerful Snapdragon 730.) However, it’s still got that beefy 5,000mAh battery, suggesting that battery life won’t be a concern regardless of which of Motorola’s budget phones you opt for.

There’s no word on when or where the Moto G9 Plus may eventually release, but with retailer listings already live an official announcement can’t be too far away.

Google just gave away the Pixel 4a India launch date