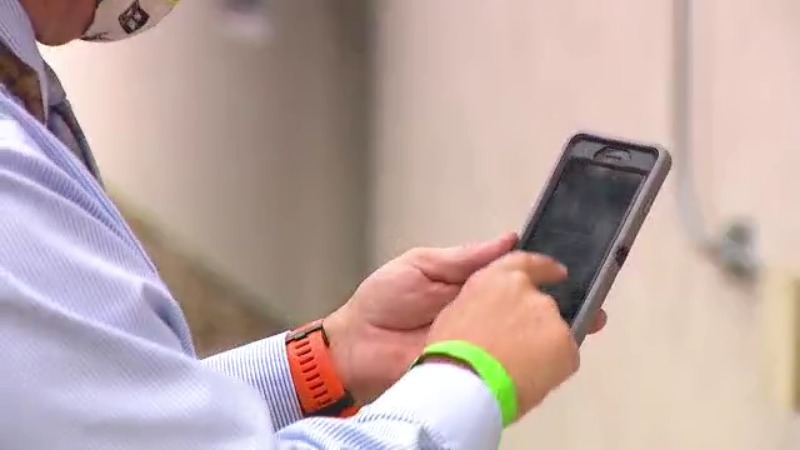 WOOSTER, Ohio (WJW) — Using technology that most everyone already has, regional dispatchers hope to give first responders the ability to see what they will encounter even before they arrive at the scene of an emergency.

‘It was divine intervention’: Friends call 911, save life of 69-year-old woman who had stroke during Zoom call

“When you make a phone call often to 9-1-1 its in a stressful environment or the rate of anxiety is high for the caller, so they are not good information providers at least not at the detail level that we would like to have,” said Roddy Walter, director of WARCOG, a consolidated dispatch center that serves the communities of Ashland, Orrville, Wooster and the fire service for Kidron Ohio.

For the next 30 days WARCOG will be giving a system called “911eye” a trial run.

The picture can be used by dispatchers to better assess the scenario and send the image to firefighters, police or other first responders as they are on their way.

“New technology such as 911eye allows us to add another component to our information gathering. It allows us to see visual cues as well to help us gather more specific information and be able to pass that along to our first responders so they have greater situational awareness before they arrive,” said Walter.

In just the short time it has been in a trial run for WARCOG, it has already proven its worth.

“We had an example of a female, an adult female, who was found lying in the roadway who was unresponsive. The caller really couldn’t tell us if she was breathing well or not. All he knew is that he was shaking her and she wasn’t waking up,” said Walter

“We were able to get him to activate a link and then we could do a physical assessment of that patient. We saw that she was pale, she was kind of blue and pale around her eyes and lips which indicates that not enough oxygen is moving around in her body. We were able to give him instructions on how to open her airway and keep it open until EMS arrived,” he said.

Walter said the system has also proven useful for calls that are not true emergencies.

One such call was from a woman who was driving through the area and had a flat tire. The caller did not know where she was but using the GPS in her phone, dispatchers were able to confirm her exact location from her phone camera.

Walter says the technology was developed by the British military for their special forces and recon. About six years ago, it was shared with civilian agencies realizing how valuable it can be in helping with emergency calls.

The service is operated through a secured website, so there is no software or hardware that needs to be purchased or installed by the dispatch centers using it.

Walter sees it as an evolution in the existing technology that people are already using to live stream videos on social media and the internet.

“This is just another step in that same evolution it is leveraging technology that is always been available and now putting it out to our public resources for the benefits of our community, said Walter.

Get the latest headlines from FOX8.com below: