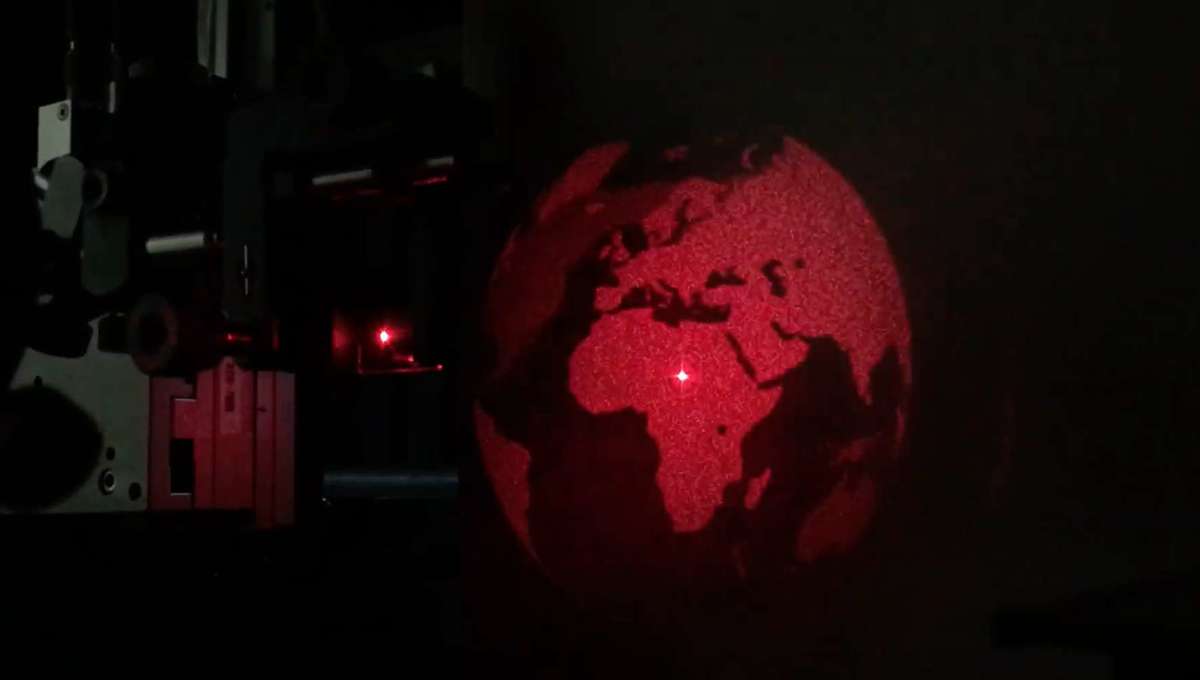 If we all live long enough, many of the remarkable inventions and gadgets seen in the Star Wars Saga might be brought to life in the real world, although it may be a while before actual Kyber crystal-powered lightsabers are stocked on store shelves for budding Jedi to wield.

But in one of the coolest displays of otherworldy technology, moving holographic projections similar to the Princess Leia hologram and the Dejarik game piece monsters aboard the Millennium Falcon in 1977’s Star Wars: A New Hope have made a giant leap forward thanks to scientists at the Tokyo University of Agriculture and Technology (TUAT), who have developed a method to project 3D holographic images that seem to float in mid air.

In a new paper published online in the scientific journal Optics Press, researchers employed carefully crafted, metasurface nanomaterials to bend light waves in a way no natural substance could accomplish, resulting in the first true hologram recording of the planet Earth spinning on its axis.

It’s not sweet perfection quite yet, as the Japanese team’s 48-frame loop of a revolving globe recalls old-school wireframe video game graphics, but it’s a vast improvement over static holograms on credit cards or J-pop singer holo-recordings that can’t be viewed 360-degrees and rely on clever optical illusions to appear before audience’s eyes.

“We’re using a helium-neon laser as the light source, which produces a reddish holographic image,” explained Kentaro Iwami, one of the study’s head engineers. “So the aim is to develop this to produce full color eventually. And we want it to be viewable from any angle: a ‘whole hemisphere’ 3-D projection.”

The advanced magic all relies on the use of metasurfaces, thin film materials mere nanometers thick whose microstructure is artificially constructed in a way to deliver light manipulating tendencies unseen in natural materials. This revolutionary nanomaterial has tiny repeating scales much smaller than the red laser’s light wavelength. Their unique shape and specific arrangement allows metasurfaces to change and shape the path of light.

For their spinning Earth test, researchers broke down the globe into a patterned group of 48 rectangular frames on a gold-centric metasurface that diffracts laser light to offer a true Star Wars-style, holographic three-dimensional image.

Each metasurface frame is a bit different, similar to a strip of old-fashioned 35mm celluloid film. The team’s pioneering holographic movie was played back by sequentially reconstructing each frame at the rate of 30 frames per second, which is the normal frame rate delivered by live TV.

The brilliant efforts involved in this breakthrough demonstration point to a bright future for moving holograms, even though this brief test took an electron-beam lithography printer 6 1/2 hours to craft all 48 frames.

For comparison, a six-minute holographic film would take the new technology over 800 hours to draw! Help me, Obi-Wan Kenobi!