Japan will send an 8K camera to Mars and its moons 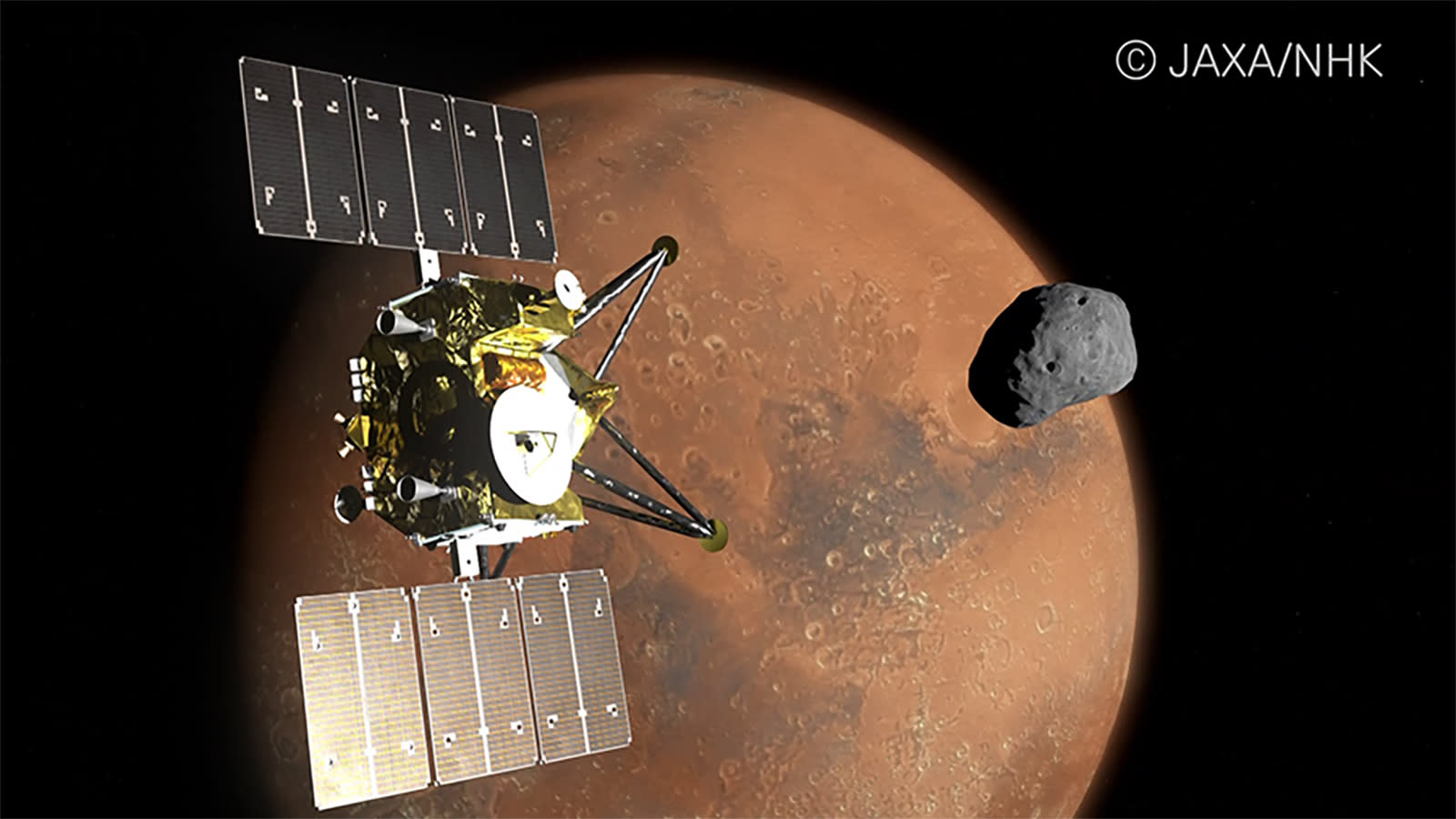 It’s difficult to justify 8K video here on Earth, but that isn’t stopping Japan from capturing ultra-high resolution imagery elsewhere in the Solar System. The Japan Aerospace Exploration Agency and broadcaster NHK are developing 4K and 8K cameras (via Parabolic Arc) that will capture images of Mars and its moons (Phobos and Deimos) for the upcoming Martian Moons Exploration (MMX) mission. The mission will regularly take pictures and partially transmit them to Earth to “create a smooth image,” while the originals will be stored in a return capsule headed back to Earth.

This should also help visualize the spacecraft’s behavior by combining camera info with flight data. It could help operate the spacecraft, JAXA said.

The MMX spacecraft is expected to launch in Japan’s fiscal 2024 and reach Mars by fiscal 2025. It’ll be longer still before the return capsule arrives.

It could be worth the wait. MMX should not only provide highly detailed photography of Mars from above the surface, but land on Phobos and collect surface material. Scientists may learn more about Mars’ past and present. It could also be a treasure trove for NHK — the media giant would have 8K footage that other TV providers could never hope to record themselves.