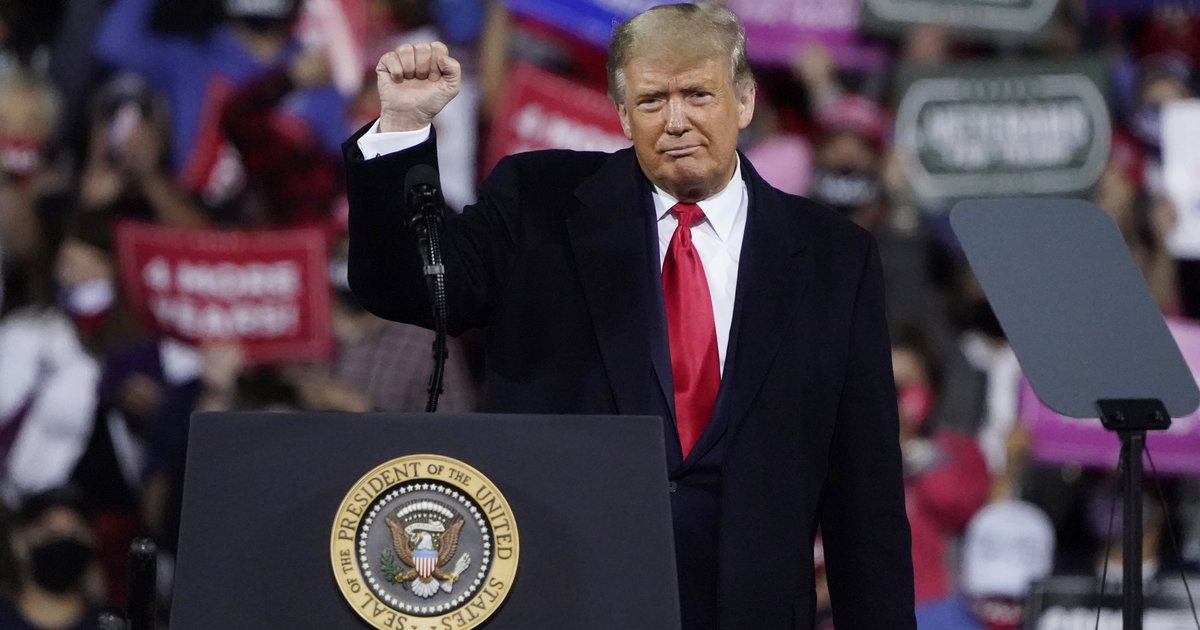 On Wednesday, the director of the Centers for Disease Control and Prevention told a Senate subcommittee that while progress is being made on a coronavirus vaccine, it won’t be available until the summer or fall of 2021, if one is found to be safe and effective and receives Food and Drug Administration approval soon. It is possible that “a very limited supply” could be available to health care workers by the end of 2020.

As in, less than six weeks from now.

So the president wants us to believe that roughly a third of our nation’s population can be vaccinated with a currently nonexistent vaccine before the Nov. 3 election.

It doesn’t matter that his administration’s own experts are saying this timeline is a pipe dream. And it doesn’t matter that the pharmaceutical companies that have been transparent about their progress show no signs of having a vaccine ready that soon. For example, Moderna, one of the companies that is furthest along in its phase-three trials, released a 135-page document about that this week. According to The New York Times, Moderna hopes to perform the first stage of its multistage data analysis by the end of this calendar year. More analysis will follow throughout 2021 as trial participants are tracked and tested: Did they ever come down with the virus? Did they develop any symptoms that might be side effects from the vaccine itself?

This is what responsible medical science looks like. It’s not a process to rush. There are good reasons why vaccines take an average of 10 years to develop. For the Ebola virus, which got a vaccine last year, the process took — wait for it — 43.

But Donald Trump, who spent the first part of this year telling us repeatedly that the virus would “just disappear” one day, probably when the weather warmed up in April, now finds himself in a real pickle. He’s consistently behind in the polls with an election just seven weeks away; what’s an embattled incumbent to do?

In the 1980s, I was a Peale fan, too. Since my dad was a psychologist, we had a fair number of pop psychology books lying around the house, and I read “The Power of Positive Thinking” out of curiosity in the eighth grade.

I wouldn’t say it changed my life, but it did help me survive junior high, and that’s not nothing. Peale’s advice about conquering fear gave me courage to audition for a solo in the school musical — and then to sing it, shaking like a leaf, in front of the entire student body. The book taught me the mantra that I could do all things through Christ who strengthened me.

Looking at this now, as a historian of American religion, I can see that “The Power of Positive Thinking” is a set piece of the 1950s, infused simultaneously with a relentless postwar optimism and a devotion to the wonders of science. The principles in the book, Peale reminds us again and again, are scientific — a nod to the decade’s glowing fascination with progress and to the book’s religious heritage in the New Thought movement, which also gave birth to Christian Science.

There are many problematic aspects of Peale’s book, including that it sometimes plants the seeds for reality avoidance. “Attitudes are more important than facts,” Peale tells us, quoting the work of a prominent midcentury psychiatrist. “A confident and optimistic thought pattern can modify or overcome the fact altogether.”

Or, Plan B . . . if months have gone by and the virus didn’t actually disappear, well, our positive thinking can conjure a vaccine to save us! After all, Peale taught that we don’t need to be defeated by anything:

“Never entertain a failure thought. Should a negative thought of defeat come into your mind, expel it by increasing the positive affirmation. Affirm aloud, “God is now giving me success. He is now giving me attainment.” The mental vision which you create and firmly hold in consciousness will be actualized if you continually affirm it in your thoughts and if you work diligently and effectively.”

In other words, if we think it, the vaccine will come. Because of course.

Despite the book’s obvious problems, it actually deserves more credit than its most infamous acolyte has given it. As Peale wrote in the preface to a later edition, “It teaches positive thinking, not as a means to fame, riches or power, but as the practical application of faith to overcome defeat and accomplish worthwhile creative values in life.” (Emphasis added.)

Not surprisingly, what Trump seems to have absorbed from Peale’s message is selectively narcissistic, focused on a vision of himself winning no matter the cost to other humans.

This is wrong, and it’s not something Peale, who was clear that personal success could not be achieved from morally wrong behavior, would ever have encouraged.

Peale’s book is really about working on yourself, not manipulating other people or events. You don’t apply the power of positive thinking in order to deny reality, but to cope with it.

Here’s one thing Peale would suggest we do in a seemingly impossible situation: Sit down and make a list of all of the things we have going for us.

If we did that, we would find some remarkable things:

But Trump doesn’t do this — praising what other people are doing to help deal with the reality we’ve been given — because he insists that we live in a different reality.

That’s not the only way Trump perverts the message of Norman Vincent Peale. “The Power of Positive Thinking” emphasizes the importance of a calm and cooperative demeanor when facing adversity (“in any situation be relaxed, keep calm, take a friendly attitude”).

These values are the very antithesis of our rage-tweeting, name-calling, blame-assigning president.

Here’s the thing: Norman Vincent Peale wrote a book that hasn’t aged particularly well, particularly in its depictions of women and minorities. Its focus on the prosperity gospel willfully ignores the Bible’s depictions of a suffering servant in whose stripes we are healed.

Having said that, Peale’s classic deserves to be remembered more fondly than Donald Trump’s denial of reality ensures it will be.

Editor’s note • The views expressed in this opinion piece do not necessarily reflect those of Religion News Service.