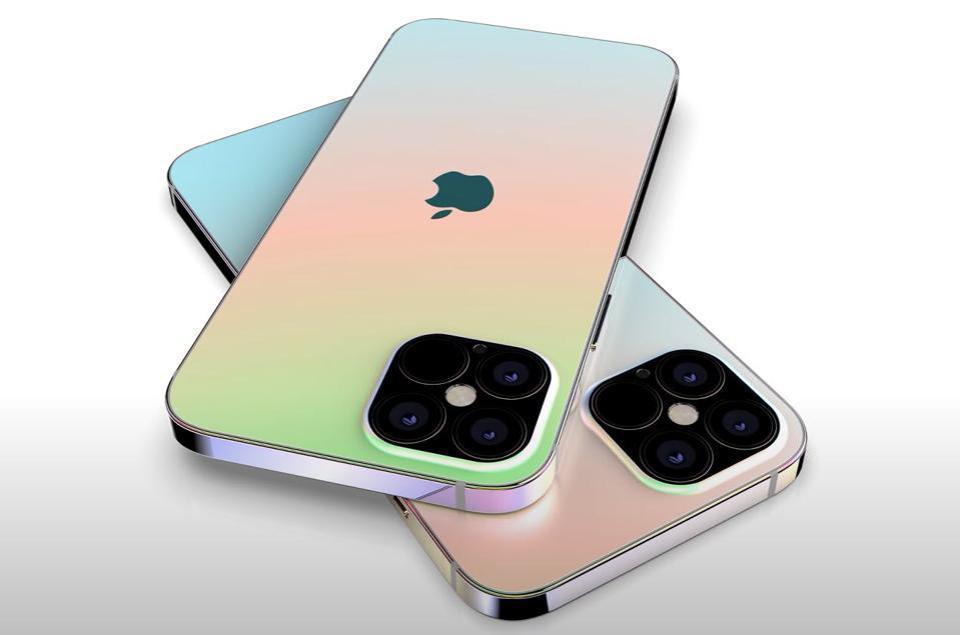 Taking a look back at another week of news and headlines from Cupertino, this week’s Apple Loop includes some disappointing iPhone 12 leaks, the ‘slow’ 5G iPhone, saying goodbye to the classic MacBook Pro, Apple’s iPad strategy, new iOS 14 feature delayed, and the return of the iPod Music Quiz.

Following its inclusion in the iPad Pro, analysts and commentators were confident that Apple would fit a LiDAR sensor to the upcoming iPhone 12 handsets. Of course this was before the impact of the Covid-19 pandemic on the global supply chains. New details suggest that Apple is still hedging its bets on the inclusion of the LiDAR sensor on the premium iPhone 12 models. Forbes’ Gordon Kelly reports:

“Mysterious (but always reliable) Apple leaker Mr White, has revealed a pair of iPhone 12 Pro cases which throw a giant spanner into the works. One shows an iPhone 12 Pro triple camera setup and highlights the position of Apple’s exciting new LiDAR sensor, the other shows the same cameras but with the LiDAR sensor removed.”

Unlike previous years, the iPhone 12 handsets are not expected to be immediately available after the launch event, allowing Apple space to make the decision over its inclusion before the production starts in earnest. Read more here.

The inclusion of LiDAR is not the only area where consumers may be missing out. Although all of the iPhone 12 family will be picking up 5G, the vast majority of handsets reaching retail shelves will have the ‘slow’ 5G. Only the top-end iPhone 12 Pro Max will support the faster standard. Mark Sullivan reports:

“All the phones in the new iPhone 12 line will support the slower but more common Sub-6 type of 5G service, but only the largest, highest-end phone in the line, a 6.5-inch screen device likely called the iPhone Pro Max, will also support millimeter-wave 5G.

“The source says only the largest phone in the line has room inside for the special antenna design required for millimeter wave and larger battery needed to accommodate millimeter wave’s significant power draw. Also, only the U.S., Korea, and Japan versions of the Pro Max will support millimeter-wave 5G.”

Apple Set To Say… Something…

(Updated September 7). Apple is expected to announce details around new product launches this week, presumably with the new portfolio of iPhones, iPads, Apple Watches, and Mac machines all in the mix. That suggests that Apple’s traditional September event is not far away and the public reveal of the new devices. The iPhone 12 family will naturally gather the most attention, although the impact of the Covid-19 has disrupted both the production and the release. Chance Miller reports:

“In general, Apple announces and sends invites for an iPhone event roughly two weeks before the event is set to take place. If Apple announces the iPhone 12 event on September 8, that would mean the actual event could be held around September 22.

“What’s important to keep in mind, however, is that the iPhone 12 event is almost certainly going to be completely virtual, much like WWDC 2020. This means Apple doesn’t necessarily have to give as much lead time as usual because members of the press don’t need to travel to Cupertino.”

Update September 7: In a totally expected move, the current version of the Apple Watch is no longer available from Apple’s online store (although they remain available from third-party stores). The Series 5 smartwatches were launched alongside the iPhone 11 last September.

With the Series 6 watches due at the same event as the iPhone 12, the out of stock warning is one more sign that Tim Cook and his team are taking to the virtual stage very soon. With stocks at zero, there’s a good chance that the new Apple Watches will be on sale close to the event.

Which is more than can be said for the iPhone 12 family, with staggered release dates influenced by the Covid-19 pandemic.

Apple’s move away from the Intel architecture to the ARM architecture for the Mac platform is a milestone for Apple, and will see a radical change in the macOS powered desktop and laptop machines. That is going to be felt especially hard with the MacBook Pro. While the name may stay the same, the current MacBook Pro vision is going to change. I looked at the issues earlier this week:

“As the new platform gathers pace, developers will switch their attention away from the legacy versions to focus on the latest updates on the new platform. No doubt some updates will be backported to Intel, but there will be a distinct ‘before’ and ‘after’, and the MacBook Pro is squarely in the ‘before’ side of things.

“It won’t just be third-party developers who will take this view. Apple will be focusing on pushing the ARM platform forward and taking advantage of the ARM feature set to differentiate the platform. No doubt key features to keep Intel machines hooked into Apple’s cloud will be backported, but the part of the appeal of moving to ARM is the advances that can be made in hardware and software that are not possible on the older platform.”

Apple’s refresh of the iPad family, expected by the end of the year, although there are still questions over what exactly will be released. Will the new model by the mid-range iPad Air, or the base iPad? And if it is the latter, will Tim Cook and his team going to adopt the successful iPhone suffix? Mike Peterson reports:

“The iPad Air was last refreshed in March 2019, while Apple updated its low-cost iPad tablet in September of that year. Well-connected TF Securities analyst Ming-Chi Kuo forecast that the device could take an “iPhone SE” strategy, packing speedy internals into a lower-cost footprint. That seems to suggest that it could be an entry-level iPad.”

iOS’ User Tracking Opt Out Has Been Delayed

Apple has announced that it will delay iOS 14’s requirement for developers to request permission from users via a dialog box to share their ‘Identifier For Advertisers’ tracker. A number of companies involved in advertising, notably Facebook, have been vocal about the impact this move would have on their businesses. Devin Coldewey and Zack Whittaker report:

“Expected out later this year, iOS 14 will contain a new prompt that asks users whether they would like to opt into this kind of targeted ad tracking. Developers will be able to integrate this prompt into their apps as soon as iOS 14 is released, but they will not be required to, as Apple indicated they would earlier.

“…Although Apple cites the necessity of giving developers time, major advertising companies like Facebook have warned that the change could severely impact their operations. “Apple’s updates may render Audience Network so ineffective on iOS 14 that it may not make sense to offer it on iOS 14,” the company said in a statement last week.”

Not only is an iPod classic returning to the iPhone, but Apple has ensured that developers can see how the ‘Music Quiz’ works and how they can build their own visions into iOS 14’s shortcuts system. Filipe Espósito reports:

“The game has five rounds and it shows the five different answers on the screen with the name of the songs, artists, and album artworks. You can keep playing more rounds or even share your score on social networks.

“…The most interesting aspect, however, is the fact that the Music Quiz mini game was built entirely with Apple Shortcuts, which demonstrates how powerful the app is. Expert users can edit the mini game’s shortcut to explore how it was built and also modify some of its aspects.”

Previously, Apple’s macOS 11 Big Sur’s wallpaper photo was duplicated by an intrepid team taking a helicopter out to Big Sur, finding the right position, and getting the picture. But why go to all the bother of using a real helicopter when Microsoft Flight Simulator models the entire Earth… including that one spot in the sky Apple used? Grayson Blackmon reports:

“To re-create these images, Matt flew to each location, then used Flight Simulator to position the camera, set the focal length, and adjust the time of day with in-game controls. Then, with a little post-processing magic in Adobe Lightroom, he created the images below.

“…In lieu of a multiday hiking trip, I think this is a pretty great substitute. It’s a good reminder that we can all take the tools available to us and use them in unexpected, creative ways.”