Fitness+ a glimpse into Apple’s future 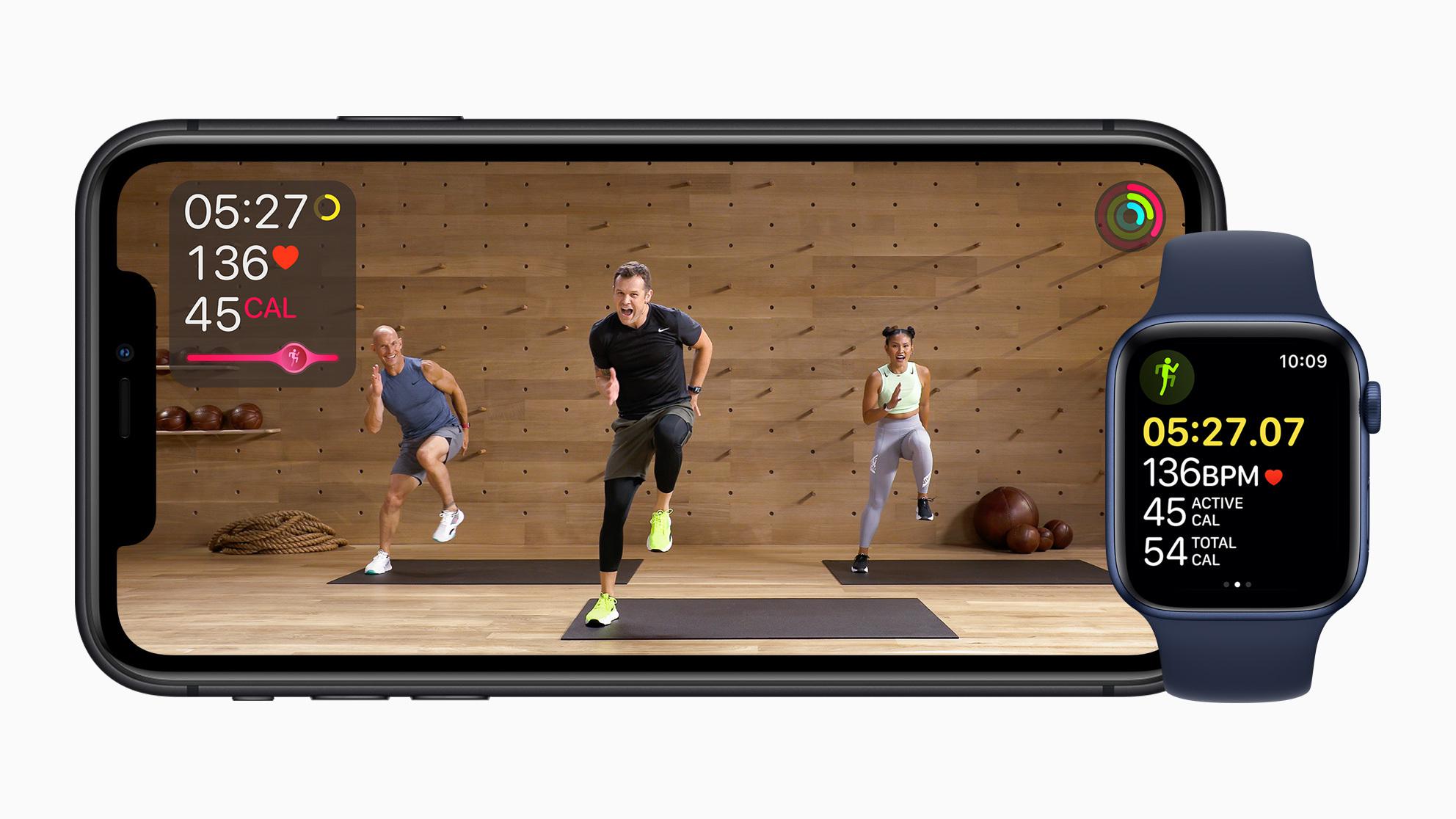 On Tuesday we had yet another September Apple product launch event, only this time there were no iPhones. Please stand by for those in October.

Instead we got a new Apple Watch and new iPads, mostly with iterative advances. Big yawn, right?

But sandwiched between the hardware reveals was an announcement that was a genuine surprise. And if you want to understand where Apple, the biggest consumer technology company in the world, is heading, you should pay attention to it.

Apple announced Fitness+, a service that provides video-on-demand workouts. That product category is everywhere these days and growing in popularity as people try to keep fit even as they stay at home in the coronavirus pandemic.

What makes this different is that it’s tied into the Apple Watch for activity monitoring and its computing hardware for the display of both the instruction and the metrics. As you dance, cycle, walk, lift and stretch, guided by attractive and toned instructors, data about what your body is doing is captured by the watch and displayed onscreen for instant feedback.

At the end of a workout, you get a data-based summary of how you did. That information is added to Apple’s Health and Activities apps to give you a long-term assessment of your progress.

It’s also portable. You can take a class using an iPhone, an iPad, a Mac or the Apple TV streaming box, which means you can use this connected technology in your living room or on the treadmill at your favorite gym (assuming it’s open, of course).

It’s a holistic approach to exercise, and it’s also a holistic use of Apple’s core strengths – hardware, software and services. It’s the first Apple product to really pull all of these aspects of the company together, and it’s compelling. There’s even a tie-in to the Apple Music streaming service, which lets you save the playlists used in individual sessions for later listening on their own.

The Series 6 Watch, the centerpiece of Tuesday’s launch event, features the ability to check the oxygen level in the wearer’s blood, which is a good metric to have during exercise. It’s also important to know if you’re watching out for symptoms of COVID-19, which can deplete blood-oxygen levels dramatically. But Fitness+ will also work with a less-expensive version of the wearable, Apple Watch SE, as well as the Series 3 Watch, which Apple is continuing to sell as a low-cost entry.

The strategy makes the Apple Watch, which is required to use the service, an even more attractive device in its competition with other wearables, most notably Fitbit, which launched two new smartwatches and a fitness tracker of its own last month.

But perhaps the highest-profile competitor to be targeted by Fitness+ is Peloton, makers of the popular exercise bicycle that comes with a screen showing live or on-demand spin sessions. While Peloton is best known for those interactive bikes that sell for $1,800 and up, it also has standalone video fitness sessions accessible via apps for a variety of platforms, including Apple TV and iOS.

Apple’s Fitness+ looks enough like Peloton’s offerings that the latter’s lawyers might be salivating at a potential courtroom battle. But the inclusion of the Apple Watch sets it apart, and I would not be surprised to see Peloton partner with Fitbit or the maker of an Android-based smartwatch to do something similar. Still, how long before Apple starts poaching Peloton stars such as Robyn Arzón, Jess King or Cody Rigsby?

Fitness+ costs $9.95 a month, but if you buy an Apple Watch, the first three months are free. That fee gets you access for up to five other family members, which drops the per-user cost significantly. This not only keeps you locked into the Apple ecosystem, but it draws any recalcitrant friends and loved ones in as well.

Fitness+ isn’t yet ready for your grunting and sweating, but is expected to launch before the year is out.

On top of all this, Apple introduced a trio of packages that combine its services into bundles, under the umbrella name of Apple One. There’s an individual plan with Apple Music, the gaming service Apple Arcade, Apple TV and 50 gigabytes of iCloud storage for $14.95 monthly and a family plan with those services (and 200 GB of iCloud) for $19.95. Fitness+ is included in a “Premier” package that also adds its News+ service (1 terabyte of iCloud) for $29.95 a month. Those are significant savings over the individual costs of each service.

Apple is leveraging all this at the same time that regulators are looking into its strict control over the iOS App Store and how competitors are treated there. Indeed, immediately after Tuesday’s event, music streaming music service Spotify released a statement decrying Apple’s bundling of its Music service so that it ultimately costs less.

“Apple is using its dominant position and unfair practices to disadvantage competitors and deprive consumers by favoring its own services,” Spotify’s statement read in part.

Expect to see more moves similar to Fitness+ and Apple One over time. The iPhone may be Apple’s most important product, but its growth has slowed and Apple sees its future in combining all the aspects of its business to create new products. Whether that future vision is shared with those who want to see the company’s growing power dialed back remains to be seen.