The high-flying tech and stay-at-home stocks took a beating during the Refintiv Lipper fund-flows week ended September 9, 2020. While the NASDAQ Composite did enter correction territory, declining 10.03% from its most recent market closing high on September 2, investors buying the dip helped the index recover some of those three-day losses in the last day of trading. For the fund-flows week, the index was down 7.59%. In contrast, the average equity fund (including ETFs) was down just 2.22% for the week, but Lipper’s Natural Resources Funds (-6.72%), Commodity Energy Funds (-6.60%), and Equity Leverage Funds (-5.33%) classifications experienced the largest declines in the equity funds universe.

However, the rapid declines in the market did not equate to massive outflows from long-term mutual fund and ETF assets during the week. For the week, equity funds (including ETFs) witnessed net outflows of just $1.9 billion, while taxable bond funds (+$6.5 billion) and tax-exempt bond funds (+$1.0 billion) attracted net new money.

As has been the case over the last several months, conventional equity mutual funds (ex-ETFs) did experience net redemptions for the week, handing back $7.8 billion, suffering net redemptions for the twentieth consecutive week. However, equity ETFs attracted a net $6.0 billion for the week, with the SPDR S&P 500 ETF (NYSEARCA:SPY) attracting $7.4 billion and the ProShares UltraPro QQQ ETF (NASDAQ:TQQQ) taking in some $1.1 billion. 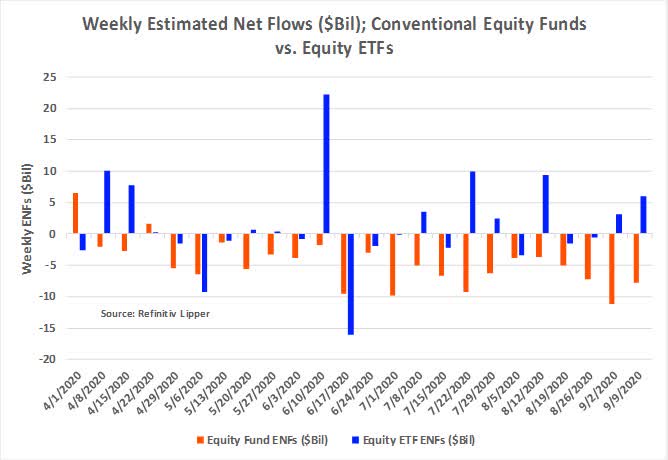 As might be expected given the slight flight away from risk-on plays, High Yield Funds (-$566 million) and Loan Participation Funds (-$260 million) suffered the second and third largest net redemptions for the week and bettered the net redemptions of General U.S. Treasury Funds, which handed back some $683 million for the week in the taxable bond fund universe. Nonetheless, the darlings in the taxable fixed income space of late – Core Bond Funds (+$2.2 billion, including ETFs), Core Plus Bond Funds (+$1.4 billion), and Short Investment-Grade Debt Funds (+$1.0 billion) – continued to attract net new money. 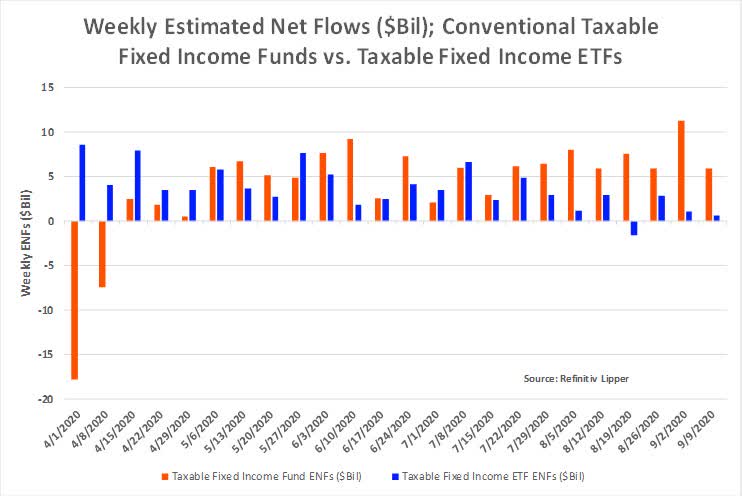 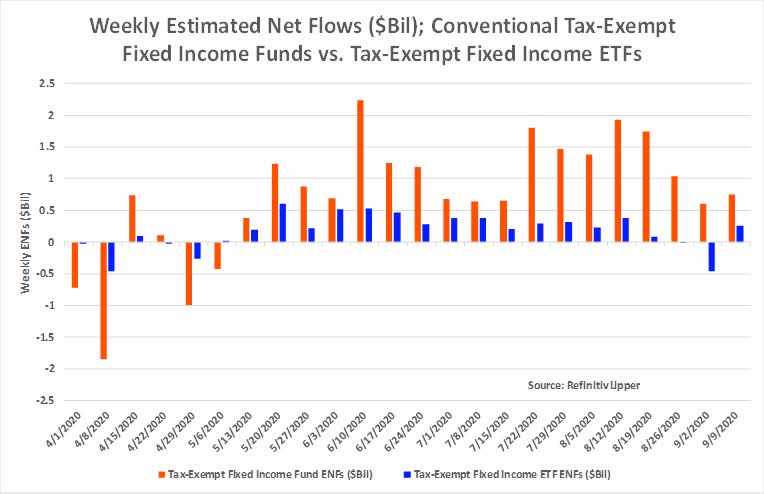 Asian shares gain, cheered by US rally on hopes for stimulus

Teens step up as poll workers during the pandemic

Asian shares gain, cheered by US rally on hopes for stimulus

Thermal Imaging The Intense Heat Of Wildfires From Above