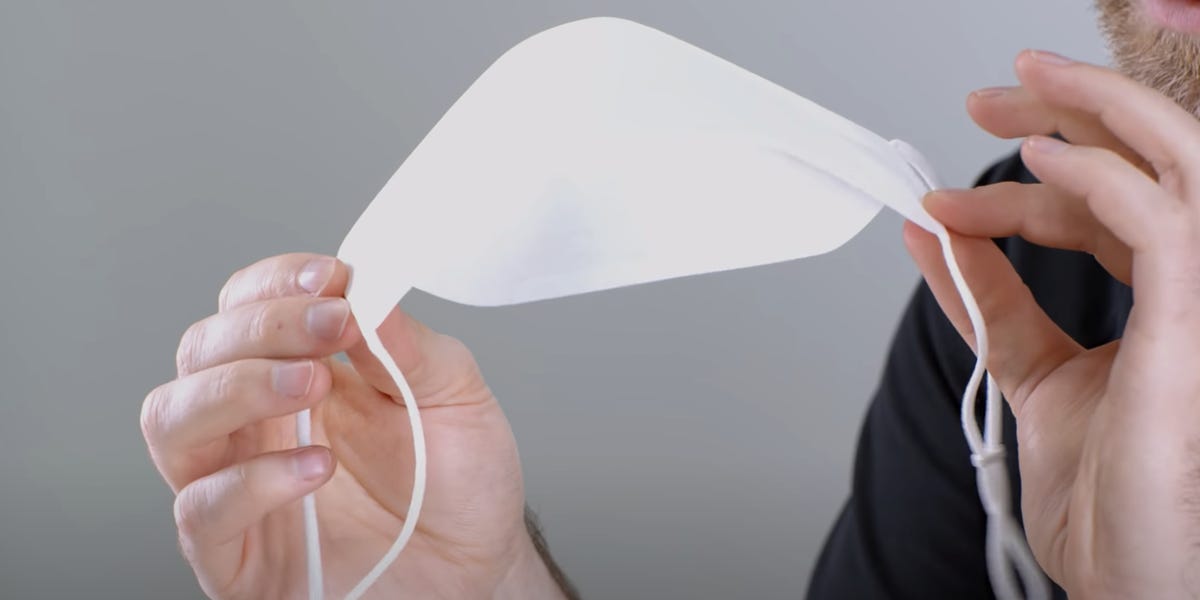 Apple’s special face mask for employees was created by the same teams that work on its products. Now, a new video provides a glimpse of how Apple’s mask looks and fits.

The YouTube channel Unbox Therapy on Thursday published a video detailing every aspect of Apple’s mask, from how it’s packaged to how it fits compared with a surgical mask.

Bloomberg’s Mark Gurman first reported on details of the mask in early September, writing that the face coverings were developed by the same engineering and industrial-design teams that work on products such as the iPhone and the iPad.

The mask has three layers for filtering particles and can be washed and reused up to five times, Bloomberg reported. Each package comes with five masks.

The video provides a closer look at how the mask’s design differs from a typical surgical mask. Apple’s face mask includes two flaps that extend the mask’s reach over the nose and chin, for example. It also comes with an extra piece that allows you to connect the two ear straps around the back of your head for a more secure fit.

Lewis Hilsenteger, the YouTube personality behind Unbox Therapy, said in the video that Apple’s mask felt like it offered a much tighter seal than a surgical mask.

He said the mask felt very secure when the two straps were connected behind his head, almost as if he were wearing a hat.

Hilsenteger tested the Apple mask with a pair of sunglasses during the video and said he was able to prevent them from fogging up by tightening the nose seal.

Apple has also adopted a transparent face mask known as the ClearMask, intended to help people who are deaf to better understand the wearer by making their mouth visible, Bloomberg reported.

It’s not the first time a person who has worked at Apple has sought to improve the effectiveness of protective face masks. Sabrina Paseman, a former Apple mechanical engineer, cofounded a project called Fix the Mask to help people create a brace at home to make surgical masks fit more tightly around the face.