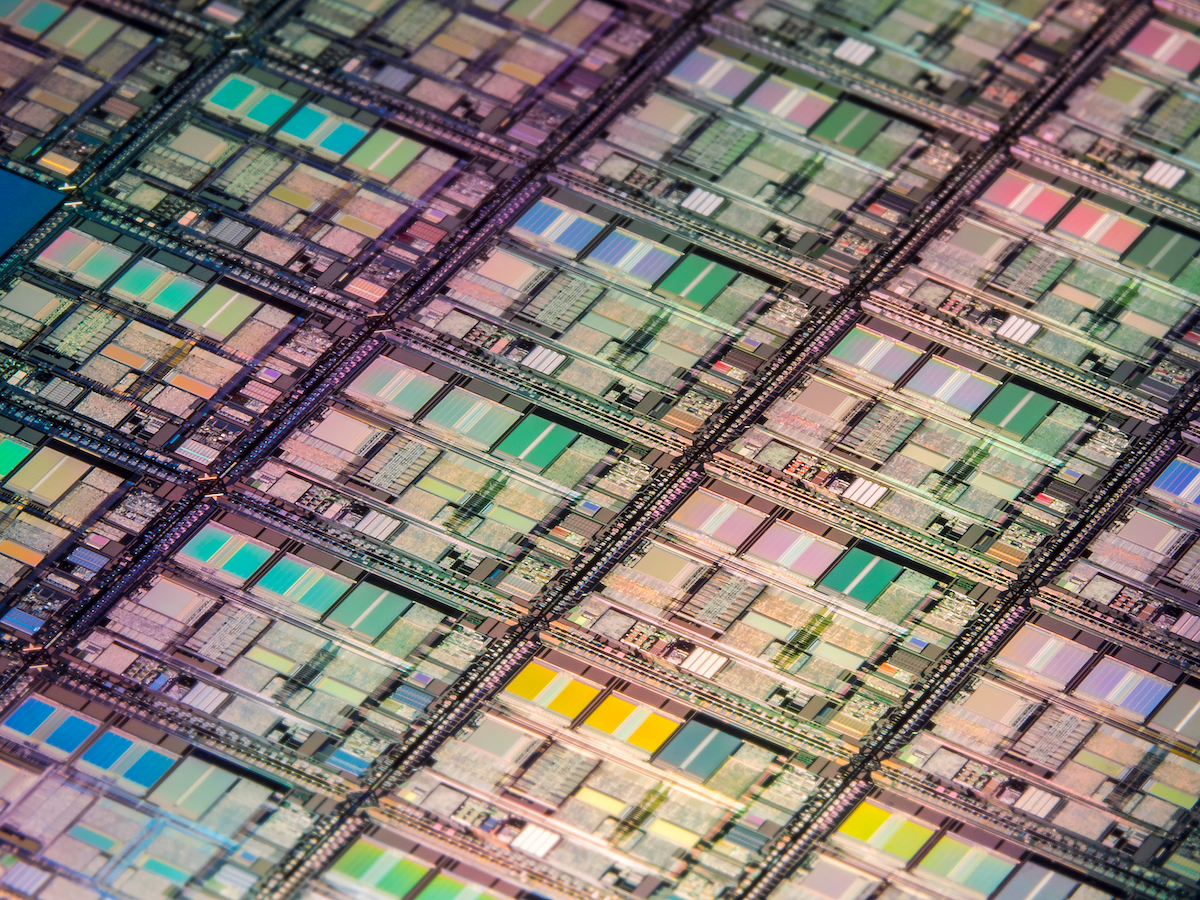 Apple introduced what it called its most advanced processor yet, a custom-designed mobile chip based on the 5-nm node that will power its upcoming generation of hardware, including its iPhone.

Apple said the latest generation of processors, the A14 Bionic, is based on 5-nm technology from TSMC, the world’s most advanced production process for chips, packing smaller and more energy-efficient components into the system-on–chip (SoC). Apple said the new processor supplies faster performance by integrating 11.8 billion transistors on the silicon die, a generational leap of around 40% compared to the A13, which incorporates 8.5 billion, and the A12, which packs 6.9 billion.

The Cupertino, California-based company unveiled the mobile chip in a virtual product event from its headquarters, where it introduced a new smartwatch and its latest generation of iPads. Apple said it would roll out the speedy processor in the latest iPad Air, which is positioned at the midrange of its tablet lineup. Industry analysts expect its new iPhone to debut with the A14 next month after coronavirus delays held up production. It also announced an upgraded budget iPad at the event.

Apple has been expanding its silicon engineering efforts in recent years as it works to replace many of the chips it buys from vendors with components designed in-house. For Apple, the strategy gives it control over a more complete package of technology used in its iPhones, iPads, Macs, and other consumer gadgets, from the software to the system hardware to the silicon inside. That also makes it possible for Apple to roll out unique features that differentiate its devices from rivals.

On top of that, the strategy helps Apple to stand out from its rivals in terms of performance because it can plan out how the chips work together to reduce power use. Furthermore, it saves space inside iPhones, iPads, and Macs for other parts, including 5G modem in the future. By building more of the silicon and sensors that it previously outsourced, Apple has leapt ahead of its rivals in the high-end smartphone market with longer battery life, faster performance, and more differentiated features.

Apple has continuously rolled out more advanced chips in its flagship iPhone over the last decade, boasting of major improvements in performance and energy efficiency. The Silicon Valley titan has also started to custom-design chips with levels of performance that can outpace Arm’s Cortex-A and other high-performance cores, and it can rival the Intel processors used in its Macs today.

Apple said it would start swapping out Intel processors in its Macs by the end of the year in favor of more energy-efficient chips designed by its silicon engineering unit. Apple said the Mac chips, based on the Arm architecture, would bolster battery life and computing speeds. The move comes as Intel, the world’s largest semiconductor maker, has faced long delays in the production of its 10-nm chips.

Apple’s use of custom-designed chips has not only bolstered performance but also reduced costs. According to Aakash Jani, technology analyst at The Linley Group, the high-performance cores in Apple’s A13 chip covers only 50% of the die area of Intel’s latest Sunny Cove CPU cores, meaning that the chips can be manufactured at a lesser cost to Apple. “Thus the transition from Intel to in house silicon will reduce Apple’s manufacturing costs without affecting performance,” he added.

The A14, the latest in its family of A-series processors, contains a new central processing unit (CPU) with a pair of large, high-performance cores and four smaller, more energy-efficient cores to bolster battery life. Apple said the improvements add up to 40% more performance than the A12 processor in the last-generation iPad. Apple released the A12 based on TSMC’s 7-nm node in the 2018 iPhone.

Apple is a huge customer at TSMC, the world’s largest contract chip manufacturer, and its strategy has been to use TSMC’s most advanced production process before anyone else in the smartphone industry. TSMC said the 5-nm technology creates smaller transistors that can be crammed more tightly onto tiny slabs of silicon, bolstering performance by 20% and energy efficiency by 40%.

“We will be the first in the industry to use the breakthrough 5-nm process technology,” Tim Millet, Apple’s vice president of platform architecture, in the product launch video. “This architecture runs more instructions in parallel, resulting in great performance at lower power,” he added. “And it integrates large, high-performance caches sized to meet the needs of the most demanding applications.”

Apple said the chip also integrates a quad-core graphics processing unit (GPU), giving it a 30% performance gain so that consumers can run games and other animations at high resolutions. Apple enhanced the Neural Engine embedded in the chip, giving it 16 cores that can carry out artificial-intelligence chores at around 11 trillion operations per second (TOPS), more than double the speed of the eight-core Neural Engine in the A12, which can perform 5 TOPS.

Apple declined to detail the improvements in performance or power efficiency compared to the A13 inside the iPhone 11 released in 2019. The A13 is based on TSMC’s second-generation 7-nm node.

Apple also added a more advanced secure enclave to the A14, which serves as a physically isolated vault in the silicon for storing secret information, and which works with its latest Touch ID button on the side of the device to unlock the screen. Apple also sharpened the image signal processor (ISP) in the iPad to connect to the front-facing and high-resolution rear cameras, which it has also upgraded.

Other features include the USB-C port that delivers data transfers of up to 5 Gb/s, or about 10 times faster than the proprietary Lightning ports in its previous generations. Apple integrated Wi-Fi 6, which offers up to 40% faster data rates than Wi-Fi 5 technology. Apple uses a faster 4G LTE modem in the latest iPad Air, giving it up to 60% faster speeds on 4G cellular networks than its predecessor.

Apple, the world’s No. 3 smartphone manufacturer by overall sales, said the new iPad Air starts at $599, up from the $499 price of the prior generation. On the high end of its offerings is the iPad Pro.