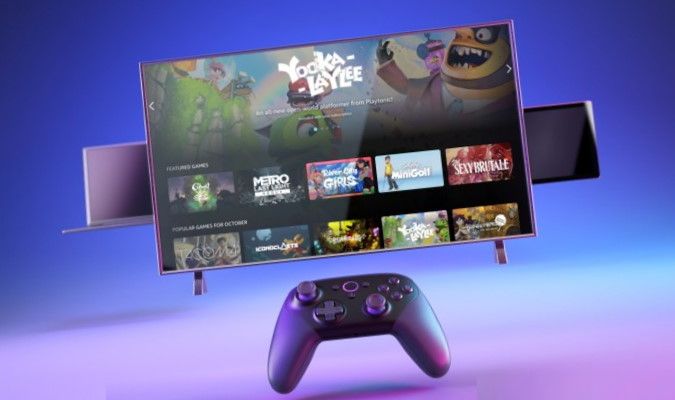 Amazon has waded into the cloud gaming competition with the announcement of a new streaming service called Luna.

Unlike Google’s Stadia, which offers games for purchase individually, Luna users will access games by subscribing to “channels”: The Luna+ channel, for instance, will feature a mix of games including Resident Evil 7, Control, Panzer Dragoon, A Plague Tale: Innocence, Grid, and Yooka-Laylee and the Impossible Lair. Other channels are also in the works, including one from Ubisoft that will provide access to Assassin’s Creed Valhalla, Far Cry 6, and Immortals Fenyx Rising on their launch days.

Along with for support mouse and keyboard and conventional controllers, Luna can also be accessed via a proprietary, Alexa-enabled controller that “connects directly to the cloud to effortlessly control your game, featuring a multiple-antenna design that prioritizes un-interrupted wifi for lower latency gaming,” Amazon said.

“In fact, our testing showed a reduction in roundtrip latency when playing Luna Controller with Cloud Direct vs. Luna Controller via Bluetooth, with reductions of between 17 to 30 milliseconds among PC, Fire TV, and Mac. Because the Luna Controller connects directly to cloud servers, players can easily switch between screens—such as Fire TV to mobile phone—without additional pairing or configuration changes.”

We’re curious to test that for ourselves, and to see how Luna generally compares to Google Stadia, which hasn’t yet convinced us that cloud gaming is a serious alternative to owning gaming PCs and consoles. (As a way to supplement traditional gaming systems, however, GeForce Now is decent.)

Luna will support 1080/60fps graphics at the outset, while 4K support “for select titles,” is on the way. Naturally, Luna also features Twitch integration: Players will see game streams running in Luna, and will also be able to launch Luna games from within Twitch.

Luna+ will be available for $6 per month during the early access phase of Luna, while pricing for the Ubisoft channel hasn’t been set. Interestingly, different channels will apparently offer different feature sets: Luna+, for instance, enables subscribers to stream games on two devices simultaneously (assuming they have the bandwidth to do so), but the Ubisoft channel restricts streaming to one device at a time.

Amazon customers in the US can request early access to Luna at amazon.com. Dates for a wider rollout haven’t been announced.

Update: Ubisoft has elaborated on its plans for Luna, saying that it will offer older games as well as new releases through its channel. Most of it repeats Amazon’s announcement, although it does reveal a bit more about how the system will work with Alexa, Amazon’s voice-controlled virtual AI.

We’re excited to announce the Ubisoft channel coming soon to @AmazonLuna! 👇 Get the details here 👇September 24, 2020

“For Alexa, the primary benefit there is to use it the same way you would use it for Prime Video, so you could just say, ‘Alexa, play Assassin’s Creed Valhalla’,” Ubisoft senior vice president Chris Early said. “And if a game integrates with Alexa, then a development team could explore what they do with voice.”

Ubisoft said that its Luna channel is “coming soon.”