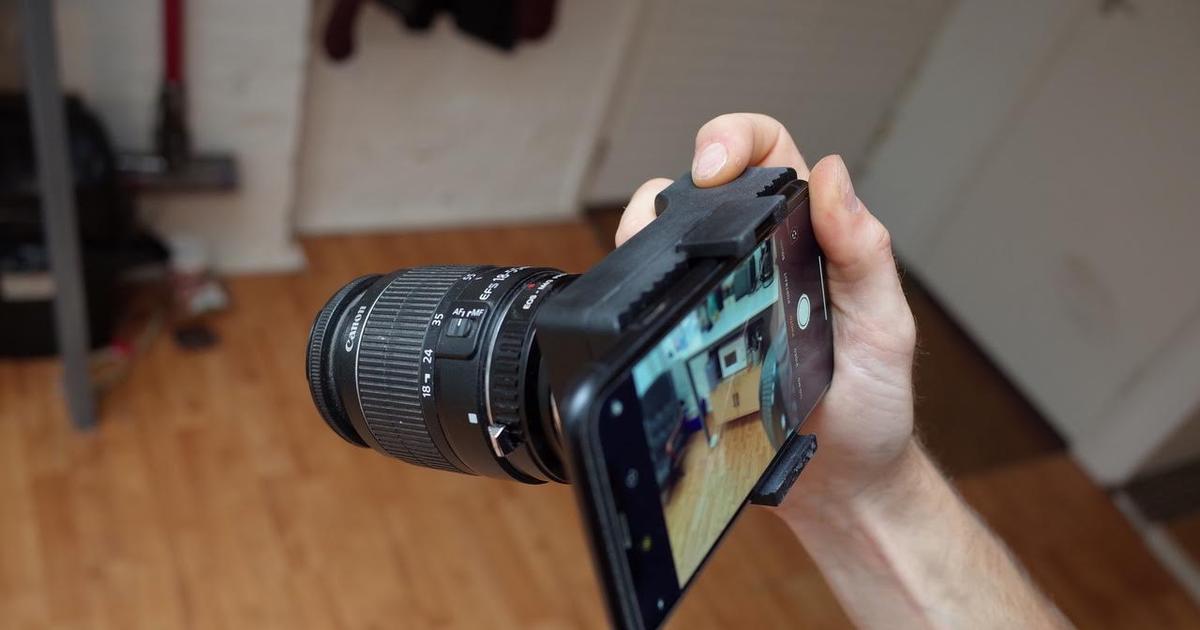 Currently at the prototype stage and being prepped for launch on Indiegogo early next year, the Alice Camera is being developed by Vishal Kumar, Liam Donovan and Vik Kumar as a compact Micro Four Thirds (MFT) camera that uses a smartphone app as a live viewfinder and to adjust settings.

A user’s smartphone is clamped to the back of the camera module and wirelessly connects over 5-GHz Wi-Fi, and MFT lenses (or other lenses via an adapter) can be mounted to the front. Inside the aluminum body of the compact camera-shaped module is an 11-megapixel four-thirds image sensor that’s reported capable of recording 4K video at 30 frames per second, or Full HD at 60 fps. A pixel size of 4.63µm combined with a Quad Bayer structure are claimed to offer improved low noise and dynamic range performance.

Artificial intelligence via a dedicated chip controls the autofocus, autoexposure and color, there’s electronic image stabilization, and content can be recorded to microSD. Stills and video footage can also be sent to the smartphone for editing or sharing on social media, and open-source software will allow for deep dives into tools and processes necessary for content creation.

As there’s no cabled connection between smartphone and camera module, you can separate them and plonk the camera at one end of the room and control the show from the other. And if the smartphone is mounted with the screen facing towards the camera module, part of the phone’s display juts out at one side to serve as a selfie or vlogging screen.

The Photogram team intends to launch the Alice Camera on Indiegogo in February 2021, but the device is also shown as currently up for pre-order for a limited number of early models. A deposit of £50 (about US$60) will put you in line for one of the first 100, with the total cost pegged at £450 (US$570). Indiegogo backers will be offered pledge levels starting from £550 (US$700), while the estimated retail price for mid-2021 launch is £750 (US$950). The video below has more.